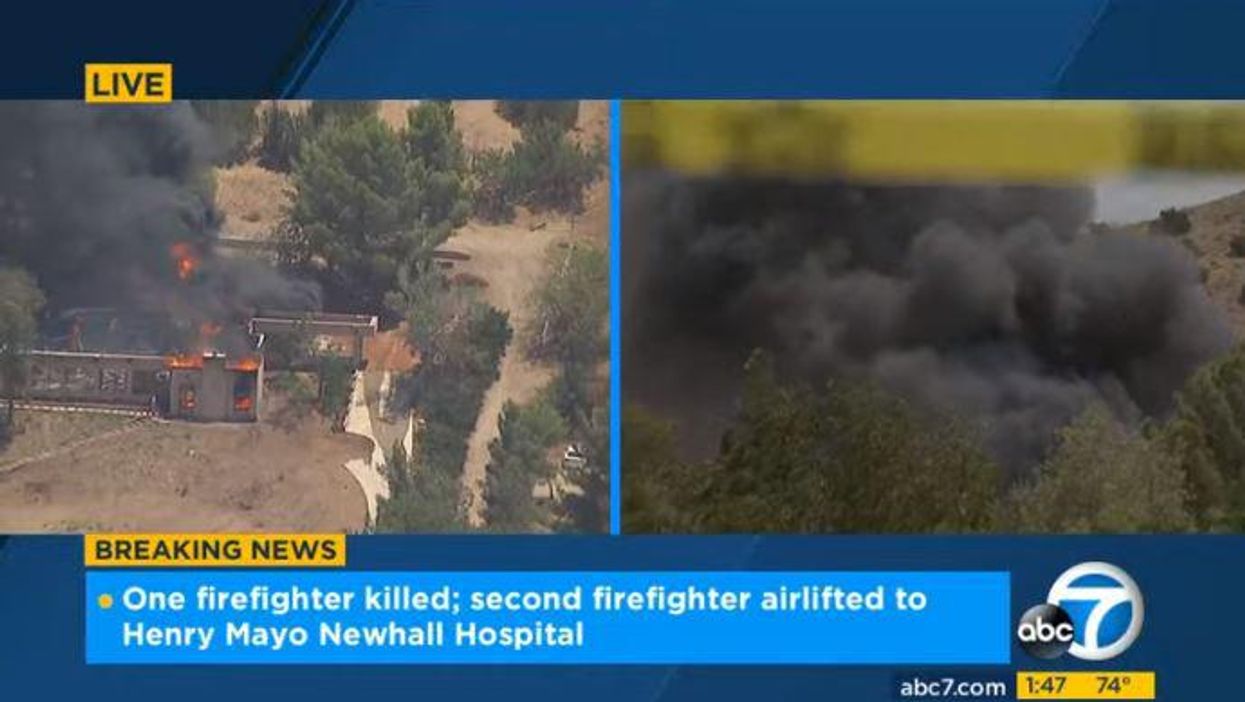 One firefighter was killed and another was wounded in a shooting at a California fire station on Tuesday, according to multiple reports.

Authorities believe the suspect is a “disgruntled employee” who reportedly fled the scene and allegedly lit his own home on fire following the shooting.

“It is with heavy hearts that the LACoFD confirms that a tragic shooting occurred at approximately 10:55 a.m. today at FS 81 in Agua Dulce,” the Los Angeles County Fire Department tweeted. “The Dept. is still in the process of gathering additional information & are cooperating with law enf. throughout this ongoing incident.”

Local outlet KABC-TV initially reported that the firefighter injured in the shooting suffered “multiple gunshot wounds,” and was flown to hospital for treatment. He was rushed into surgery and was in critical condition as of the 3:00 p.m. local time. KTLA-TV reported at the time that officials indicated the injured man, a captain, was shot once.

The Daily Mail reported that following the shooting at the fire station, the yet-unnamed suspect allegedly drove to his home roughly ten miles away and set it ablaze.

Firefighters made several water drops on the home using a helicopter. Meanwhile, deputies approached the home in a bearcat vehicle to assess the situation, as the suspect is believed to be in the home according to footage from KABC.

Lt. Brandon Dean of the LA County Sheriff’s Homicide Bureau, who is leading the law enforcement investigation into the incidents, confirmed during an afternoon press conference that the suspect was an off-duty firefighter who worked at the Agua Dulce station.

When officers arrived at the home that was on fire, they found an individual in a “small pool” outside the residence with a gunshot wound to the head. As of the press conference, authorities were not yet able to confirm whether the gunshot wound was self-inflicted, as the home was still on fire and the investigation is in its preliminary stages.

Officials are not yet able to confirm whether or not the suspect was the same person in the pool. No motive has been established at this time.

This is a developing story that will be updated