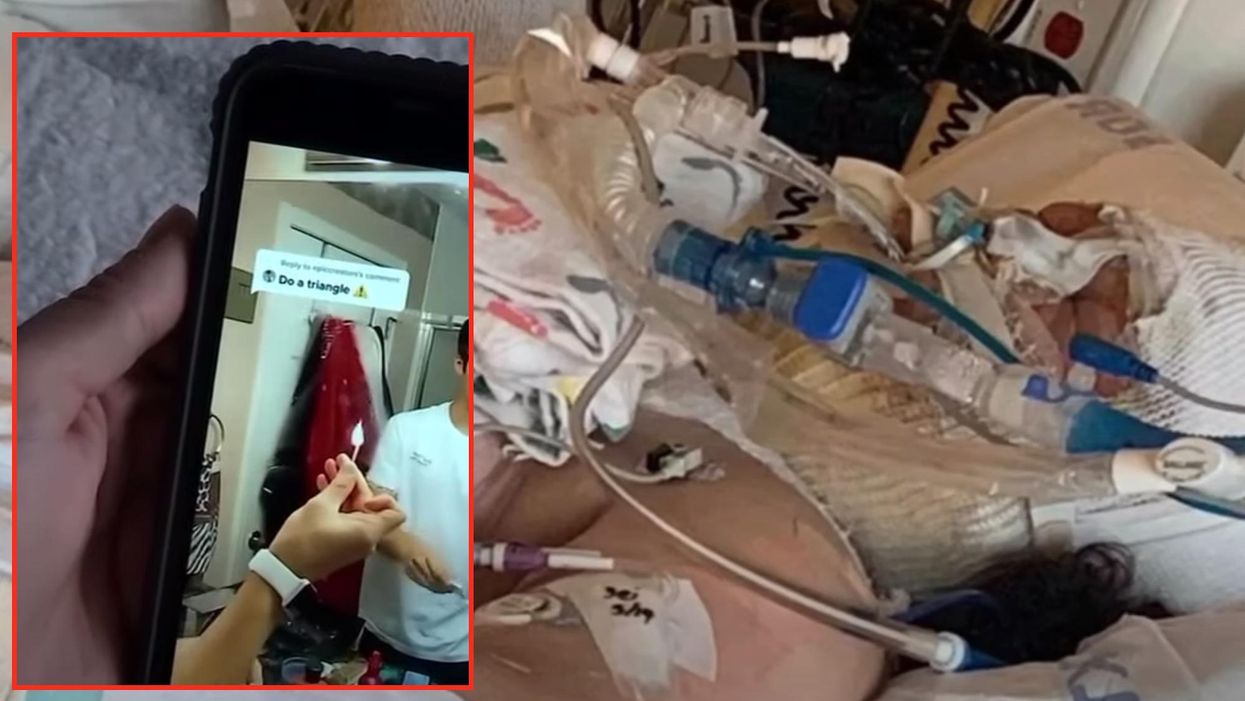 A 13-year-old girl from Portland, Oregon, was severely burned and will face months of rehabilitation after attempting a dangerous TikTok challenge that went awry, according to her family.

“I have parental controls on all her stuff, and it still wasn’t enough,” said Kimberly Crane, the mother of Destini Crane, to KATU-TV.

The teen was attempting to recreate a video from TikTok where a flammable substance is smeared on a mirror and then lit on fire in the dark, according to her family. They believe a bottle of rubbing alcohol caught on fire during the video.

“I was in the living room when she screamed my name and opened the bathroom door. Her body was on fire,” her mother explained.

Destini suffered third-degree burns from the incident. She has been in the intensive care unit since she was burned on May 14, and has received a tracheotomy.

“It was unreal. Heartbreaking. I don’t think anybody wants to see their daughter on fire. Horrible,” Kimberly added.

Destini has also undergone skin grafts on her arm and neck. She will be hospitalized for at least another two months. The family has set up a GoFundMe account to help them with the teen’s hospital bills.

The family said that parents should monitor what their children are doing on social media closely.

“It’s really important to be present with your children, because we can monitor them, we have parental controls, we can do all that all we want, but things slip through,” said Andrea Crane, Destini’s sister.

Other dangerous TikTok challenges have alarmed fire officials including one where children recorded themselves causing an electrical spark from a wall outlet.