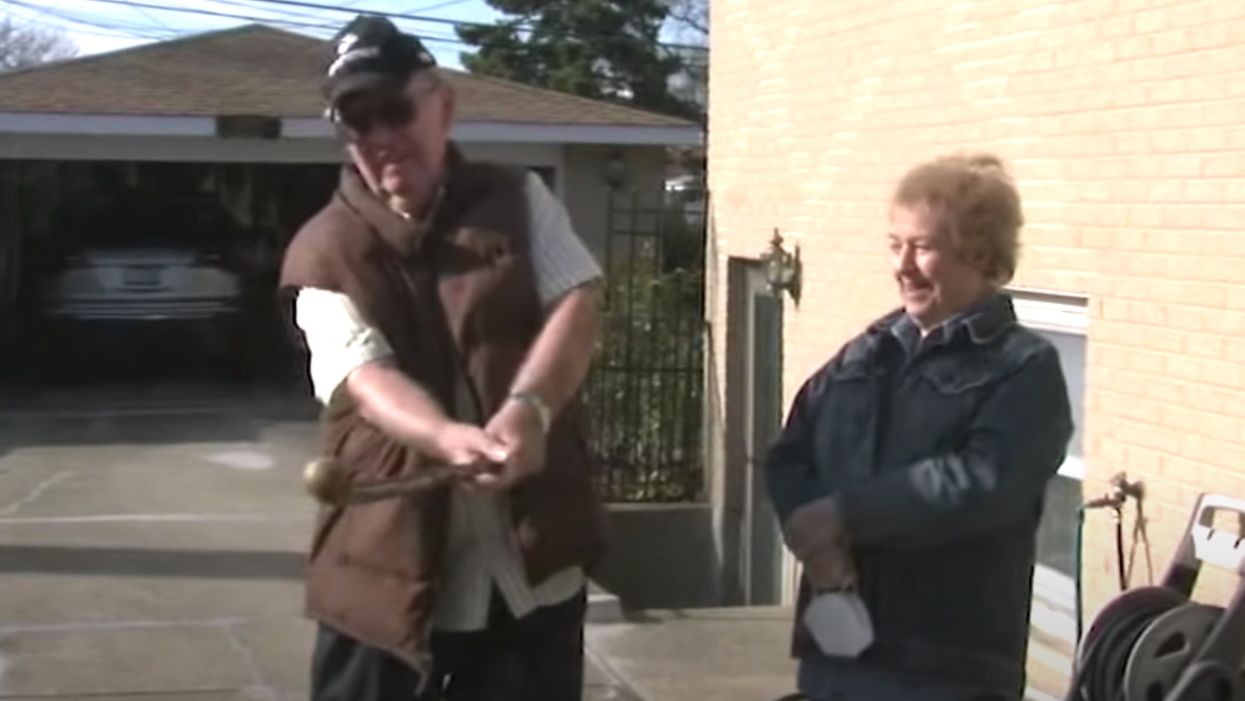 An 81-year-old former Marine beat down two burglars in his home after his wife alerted him, and he used an heirloom given to him by his grandfather to do it.

Dan and Barbara Donovan were tricked by a man pretending to work for the power company into letting him into their home in the village of Niles, near Chicago, Illinois. The incident happened in October.

When the man asked them to join him as he looked at their fuse box, they began to get suspicious.

According to the police, the man was a burglar and had distracted him in order for two of his accomplices to enter the home. Barbara realized something was amiss when she heard the floor creaking above her head.

“I yelled, ‘Danny! Somebody’s in our bedroom!” she said.

When they ran up the stairs and confronted the two burglars in their home, Dan Donovan looked for a weapon, and the only thing close to hand was his grandfather’s Irish shillelagh, a walking stick that dates back to the 1800s.

“I was trying to find some type of persuasive weapon,” Donovan said. “So I picked up the Irish shillelagh and that turned out to be the equalizer because I managed to chase them out of the house.”

He says that he beat one of the men in the head with his stick, but they managed to run back to their vehicle and drive away. He believes that he was able to crack their front and back windshields before they got away.

Police call this kind of burglary a “ruse entry” because it involves one accomplice posing as a utility worker in order to let his accomplices steal items from the home.

The Donovans aren’t sure if the burglars made away with anything, but they rummaged through their belongs and got away with a pillowcase that might have had their personal items.

“Hopefully they got nothing more than a headache and hopefully they pursue another occupation,” Dan Donovan added.