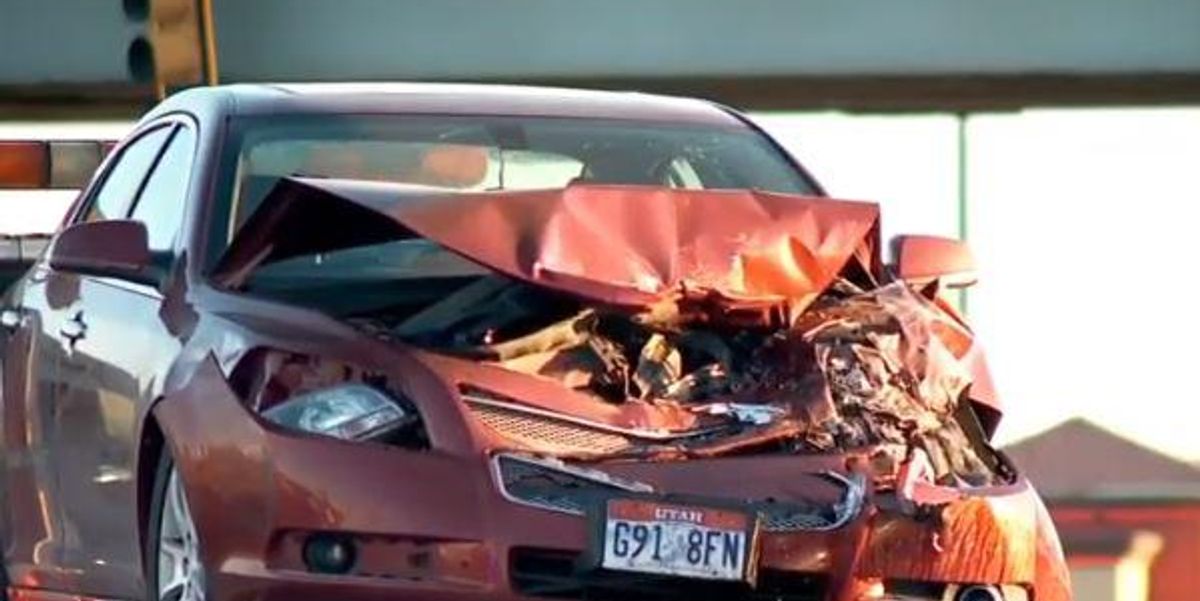 A 9-year-old Utah girl took her parents’ car for a trip early Thursday morning, crashing into a semi truck with her 4-year-old sister riding along on what was supposed to be a beach getaway for the pair.

No one was hurt, and both girls were wearing their seatbelts.

KUTV-TV reported that a crash was reported in West Valley by the Utah Department of Transportation at around 5:00 a.m.

When officers responded to the scene, they found the 9-year-old behind the wheel of vehicle that caused multiple collisions, and the toddler riding along. Both girls were buckled in, and no injuries were reported at the scene.

The vehicle driven by the child was reported by other motorists who said it was driving erratically. She sideswiped another car before crossing a median and ultimately colliding with a tractor trailer. The driver of the semi later told authorities he initially believed the driver who hit him must have been under the influence.

The Daily Mail reported that “the semi driver got out to check on the drivers of the other vehicle and told police he could not believe his eyes when he saw who was behind the wheel.”

Following the accident, authorities went to the girls’ home and woke up their parents, who were completely unaware that their daughters had taken the car. They told police that the keys to the vehicle were typically kept out of reach, and that the children must have snuck out the basement — the only door in the home without a latch.

Officials said there were no signs of neglect in the home. According to NBC News, police did not mention any actions against the parents. Authorities believe the kids, who share a room, swiped the keys at around 3:00 a.m.

In a Facebook post, the West Valley City Police Department praised the little girls for “at least remember(ing) to wear their seatbelts,” and wrote that the girls told officers “that they were headed to California because they wanted to ‘swim in the ocean.'”

‘They want their babysitters back’: CA school board busted mocking parents who want in-person class