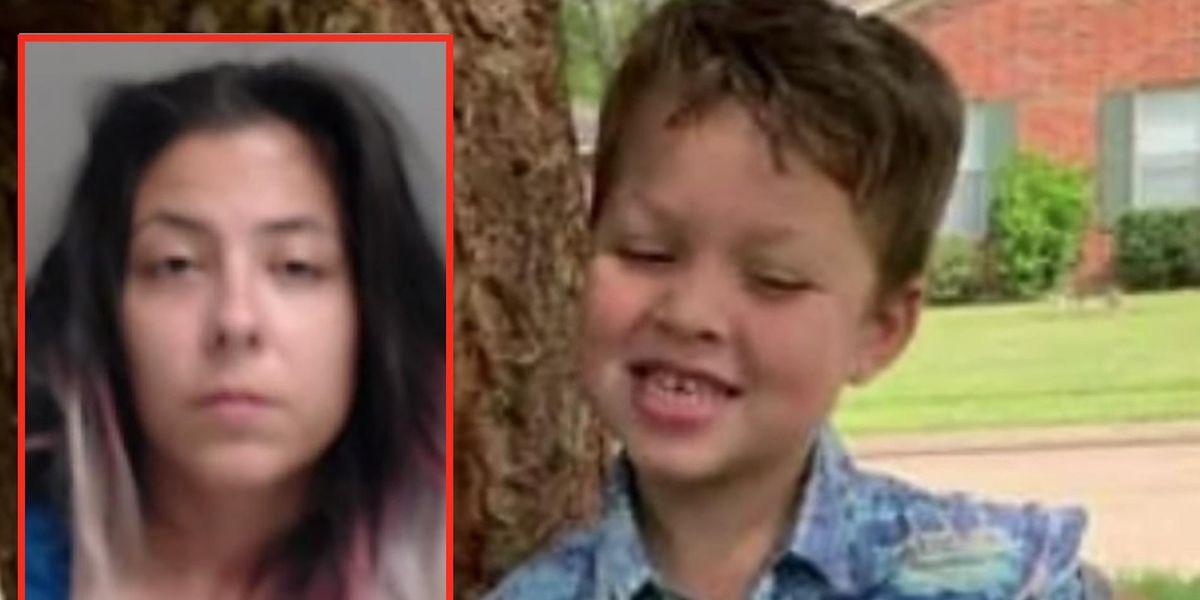 Police say that a 5-year-old boy that was reported missing by his father had actually been dead for weeks and was being hidden by the man’s girlfriend.

The harrowing incident unfolded in Houston, Texas, after Dalton Olson called police on May 27 to report that his 5-year-old son, Samuel Olson, was missing. Police searched for days and asked the public for help in finding the little boy.

Olson’s girlfriend, Theresa Balboa, helped pass out flyers to look for the boy, and she accused the boy’s mother of picking him up prior to him going missing.

After several days, police arrested Balboa at a Best Western hotel in the city of Jasper about 135 miles from Houston. She was allegedly in possession of the body of the child.

Law enforcement officials were tipped off by a man who told them where Balboa was because she had called him for help and he had driven her and a storage bin to the Best Western.

In the complaint against Balboa, police say that another man, her roommate, had been told by Balboa that the child was dead on May 10. He said that he found the boy unresponsive and bruised on a bed in the home they shared. He told police that they put the body of the child in a bathtub for two days.

They then allegedly went to Walmart on May 13 and purchased duct tape and a storage box. They put the boy in the box and put him in a storage unit in the city of Webster. That’s when Balboa called another friend, and he’s the one who called CrimeStoppers and tipped them off about her whereabouts.

Police arrested her at the hotel after she told them the boy was in the storage bin, and they found his decomposed body.

Balboa was charged with tampering with evidence, and the others involved have not yet been charged.

Samuel Olson was to celebrate his 6th birthday just days after his father reported him missing.

Here’s a local news report about the heinous incident: