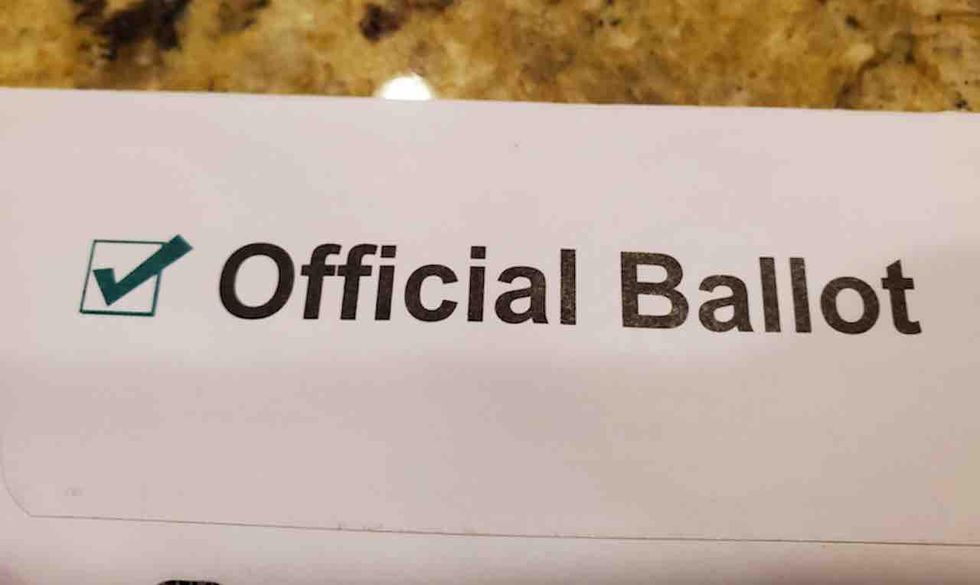 A Mississippi judge last week ordered a new election after allegations of absentee ballot fraud and voter intimidation surfaced in connection with a Democratic runoff last June for an alderman seat in Aberdeen, the Monroe Journal reported.

The final vote tally was 177 for Nicholas Holliday and 140 for Robert Devaull, the Journal reported.

Devaull challenged the election in court, and Judge Jeff Weill said 66 of 84 absentee ballots cast in the runoff were invalid and should never have been counted, WCBI-TV reported.

Lydia Quarles, attorney for Devaull, told the station that “when you have an absentee ballot, there’s an envelope, and you vote, and then you fold the ballot up, and you put it in this envelope, then you lick the flap, and then you sign across the flap, and then the notary signs your election certificate, and she essentially testified that she didn’t sign in front of anybody, she didn’t see anybody sign … she just notarized them, she just stamped them.”

Jones was arrested and charged with voter fraud, WTVA-TV reported. The judge set her bond at $500, the Journal said. WCBI reported that Jones has since been released.

The filing also stated that testimony from a second notary public, Lu Stephens, was not believable, the Journal said.

In addition, the judge found that 83 regular ballots were counted without being initialed by election workers — another violation, the station reported.

Weill also said there was clear evidence of voter intimidation and harassment at the polling place on Election Day, the station said. While state law says candidates and supporters must stay at least 150 feet away from polling places, Weill said in his ruling that Holliday — as well as Police Chief Henry Randle and former Mayor Maurice Howard — acted as if they were above the law, repeatedly violating criminal statutes, WCBI reported.

What did the candidates have to say?

Devaull hopes the judge’s order for a new election will mean a fair contest for the Ward 1 seat, the station said.

“It was always a lot of distraction in Ward 1 … I would like to see going forward that … be cleaned up, people be able to come and go as they like, to vote, and vote for who they want to,” Devaull told WCBI.

Aberdeen City Attorney Walter Zinn represented Holliday and said he and his client “are left offended in part and befuddled by the ruling of the court. While we respect this legal process and the days of deliberation of each party, the findings of fact are grossly inconsistent with testimony of the witnesses and reflect more of the ‘copied and pasted’ sentiments of the Defendant than what the record from the proceedings would affirm,” the station reported.