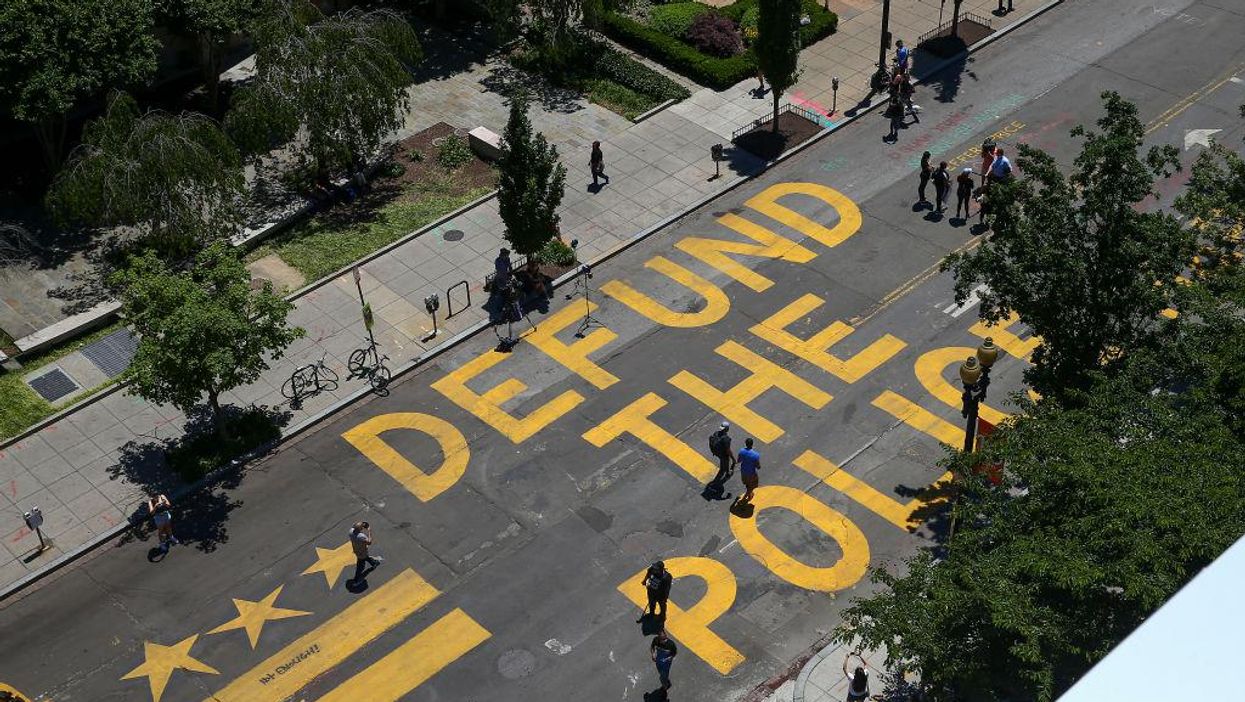 Despite Democrats demanding to defund the police since early last summer, the White House recently attempted to flip the narrative on Republicans. White House press secretary Jen Psaki and senior adviser to President Joe Biden Cedric Richmond pushed out a message that it was Republicans who are in favor of defunding the police. Their alleged reasoning for the accusation is that Republicans didn’t support Biden’s America Rescue Plan, which Richmond said was an “emergency relief plan for cities that were cash-strapped and laying off police and firefighters.”

The notion that the GOP was for defunding the police was dismissed by many, including a Dallas police sergeant and even the left-leaning Washington Post called out Psaki’s claims against Republicans.

“Although Republicans all opposed Biden’s coronavirus relief package, no one voted to cut, or defund, anything,” the Washington Post wrote in its article that gave the Biden administration “three Pinocchios” for its claim. “Rather, Democrats proposed $350 billion in emergency funds for state and local governments, and Republicans voted against those extra funds. That’s not a reduction.”

This week, Republicans launched a counterattack with a new highlight reel of Democrats calling to defund the police. The Republican Study Committee, the largest House conservative caucus, released a video compilation of Democrats arguing for defunding the police.


Looking Back: Democrats Push to Defund the Police

“We looked for an example of a Republican official calling for defunding or ‘reimagining’ police, but couldn’t find anything,” the Republican Study Committee said. “Democrats can’t say the same – in fact, here are over two dozen examples of when they have.”

“The ‘defund the police’ movement, is one of reimagining the current police system to build an entity that does not violate us, while relocating funds to invest in community services. Let’s be clear, the people who now oppose this, have always opposed calls for systematic change,” Omar wrote on Twitter in June 2020.

“A system this cruel and inhumane can’t be reformed. Defund the police, and defund the system that’s terrorizing our communities,” Bowman said in December 2020.

Last month, a report stated that Bowman requested special police protection to guard his home, despite being a staunch supporter of the defund the police movement and asserting that policing is rife with “white supremacy.”

Some left-wing Democrats previously went to a further extreme, and demanded to abolish the police entirely.

However, many Democrats have been more outspoken about opposing the policy of defunding the police recently. Democratic House Majority Whip James Clyburn of South Carolina said on Thursday that the defund the police idea “is a chokehold around the Democratic Party.”

The sudden opposition to defund the police may have something to do with how unpopular the movement is with Americans.

An Ipsos/USA TODAY poll in March found only 18% of respondents supported defunding the police, and 58% opposed it. There were only 28% of black Americans and 34% of Democrats who were in favor of it.

Another reason Democrats are now coming out against the defund the police movement is because Americans are not pleased with President Joe Biden’s handling of crime. An ABC News/Washington Post poll conducted in late June found that just 38% approve of how the president is handling crime, while 48% disapprove.