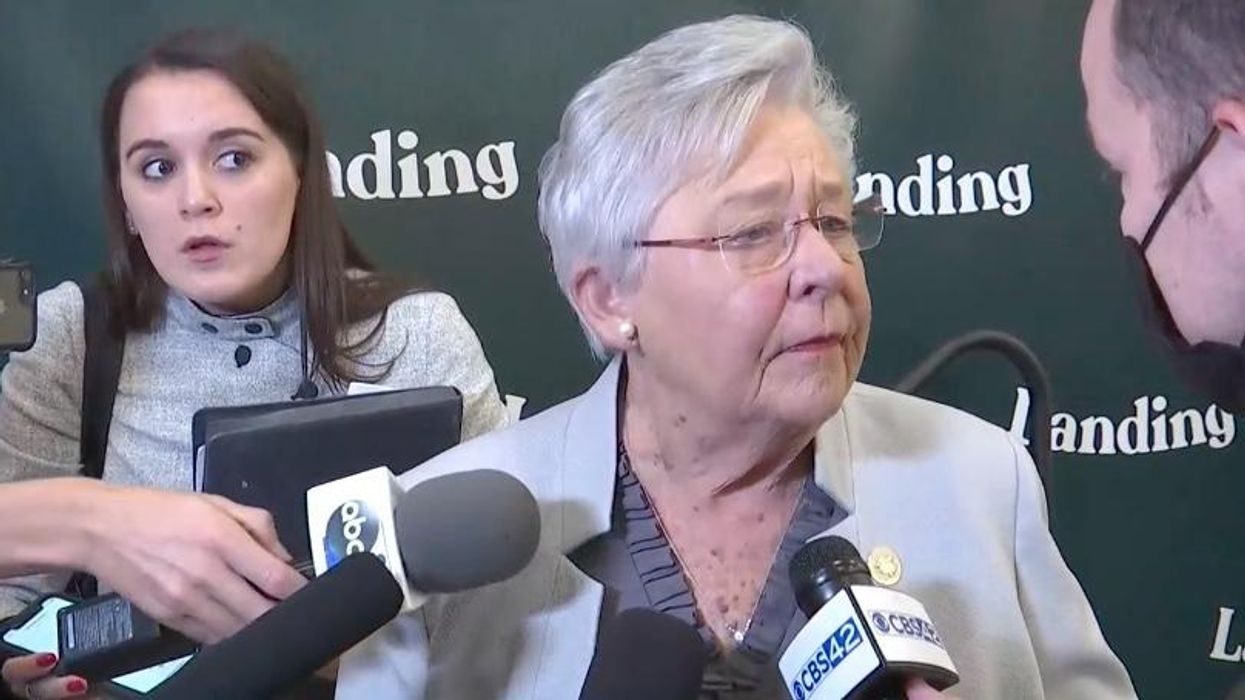 The U.S. is seeing a fourth surge in COVID-19 cases, and now many experts and talking heads have been talking about reimplementing mask mandates.

Alabama Republican Gov. Kay Ivey is tired of “halfway” and “temporary” measures like face masks. Instead, she wants to focus on one thing: blaming the unvaccinated for the current spike.

What is Ivey saying?

The Yellowhammer State has seen a 311% rise in COVID cases over the last two weeks, making it one of the biggest-spiking states in the country as of Friday, according to data compiled by the New York Times.

Reporters asked Gov. Ivey about imposing a new mask mandate in response to the state’s COVID surge, and she responded by refusing to support “halfway” measures like masks and went after the unvaccinated, WIAT-TV reported.

“These folks are choosing a horrible lifestyle of self-inflicted pain,” she underlined.

“The vaccine is greatest weapon we have to fight COVID, there’s no question about that,” Ivey added.

Ivey pushed back on questions from the press on what it would take for her to implement a mask mandate.

“Why would we want to mess around with this temporary stuff?” she said. “We don’t need to encourage people to go halfway in curing this disease. Let’s get it done. We know what it takes to get it done, that’s to get a shot in the arm.”

Asked about masking kids in classrooms for the upcoming school year, the governor said that call is up to each individual district.

When a reporter asked Ivey how authorities can get more people vaccinated, the governor revealed how frustrated she is by the failures of previous campaigns and laid the blame solely at the feet of the unvaccinated.

“I don’t know, you tell me. Folks are supposed to have common sense,” Ivey said. “But it’s time to start blaming the unvaccinated folks, not the regular folks. It’s the unvaccinated folks that are letting us down,” she said, adding, “I’ve done all I know how to do. I can encourage you to do something, but I can’t make you take care of yourself.”