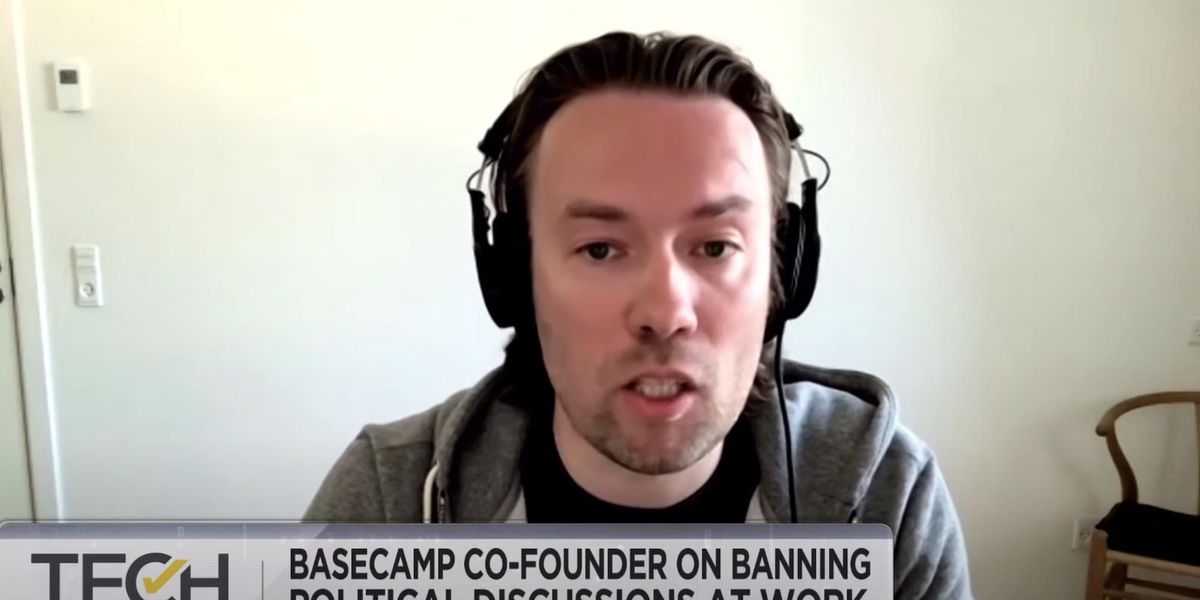 Employees of Basecamp, a popular software company,
quit en masse on Friday after a ban on “societal and political” discussions.

The exodus came after a heated debate at the company about their inclusive policies. The original disagreement arose over a list of Basecamp customers with “funny names.” Some employees complained that the names were either Asian or African, and the list was offensive to them.

On Monday, CEO Jason Fried outlined several new policies including the ban on political speech. When employees expressed their opposition to the new policies, the company offered them a severance package.

Some of the employees took to Twitter to announce their exit from the company.

Given the recent changes at Basecamp, I’ve decided to leave my job as Head of Design.

Here’s the controversial
announcement that inspired the mass exit.

Today’s social and political waters are especially choppy. Sensitivities are at 11, and every discussion remotely related to politics, advocacy, or society at large quickly spins away from pleasant. You shouldn’t have to wonder if staying out of it means you’re complicit, or wading into it means you’re a target.

These are difficult enough waters to navigate in life, but significantly more so at work. It’s become too much. It’s a major distraction. It saps our energy, and redirects our dialog towards dark places. It’s not healthy, it hasn’t served us well. And we’re done with it on our company Basecamp account where the work happens. People can take the conversations with willing co-workers to Signal, Whatsapp, or even a personal Basecamp account, but it can’t happen where the work happens anymore.

Most of the employees didn’t comment publicly on why they left, but simply cited the changes at the company. Among those who left the company were the head of marketing and the head of customer support.

I resigned today from my role as Head of Marketing at Basecamp due to recent changes and new policies.

I’ve resigned as Head of Customer Support at Basecamp. I’m four months pregnant, so I’m going to take some time off… https://t.co/QfTCrOJqS2

On Wednesday, Basecamp co-founder and CTO David Heinemeier Hannson denied on CNBC that the move was intended to cut off criticisms from employees against the company that involve racial equity.


Basecamp co-founder on decision to ban political discussions at work