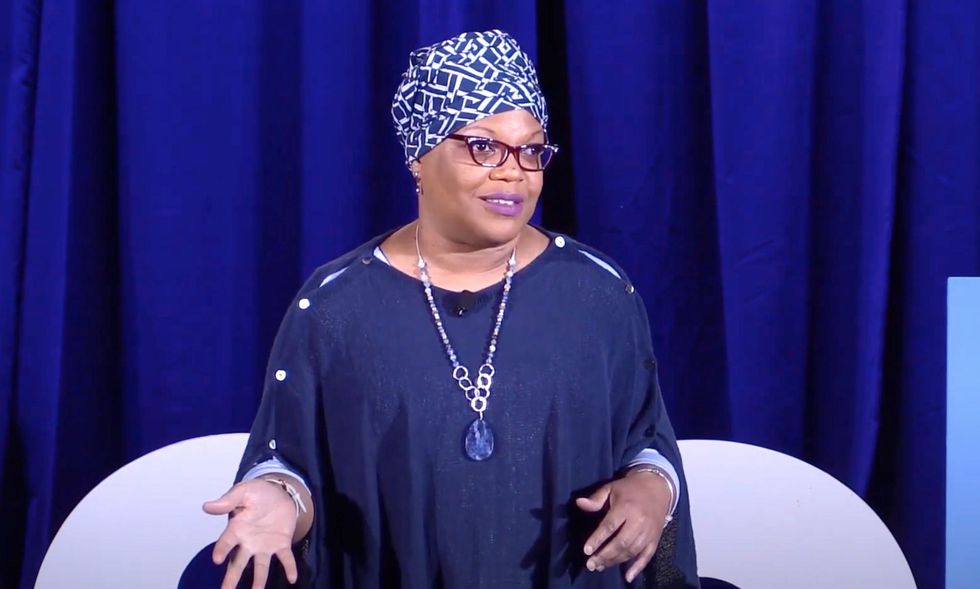 A devotional book with a prayer asking God to help the author “hate white people” raised some hackles on social media and the author responded by defending her anti-white prayer.

Screenshots from the book, “A Rhythm of Prayer: A Collection of Meditations for Renewal,” were widely circulated on social media. The book was on the New York Times’ bestseller list, according to its Amazon page.

Woke Christianity is a cult. https://t.co/XXJLwNiiGP

The author of that passage was Dr. Chanequa Walker-Barnes, who describes herself as “a clinical psychologist, public theologian, and ecumenical minister whose work focuses upon healing the legacies of racial and gender oppression.”

Walker-Barnes defended her prayer in a tweet referencing the Psalms from the Bible.

“Apparently a screenshot of my prayer from ‘A Rhythm of Prayer’ is floating on the socials. The folks critiquing have clearly never read Psalms (other than 23 & 100). Cause then they’d recognize what it’s modeled after,” she claimed.

Apparently a screenshot of my prayer from “A Rhythm of Prayer” is floating on the socials. The folks critiquing hav… https://t.co/2Y6e3AHZfW

Walker-Barnes went on to explain that she wrote that prayer as a response to a white person who had been her friend that used the N-word casually in conversation.

“I took my rage to God in prayer. I owned it. I was truthful to God about what I was struggling with. And I prayed for God not to let anger and hatred overwhelm me,” she claimed.

“I prayed to be true to the biblical mandate for peace, justice, & reconciliation even though I don’t think it’s possible,” she added.

In a lecture at TheoEd Talks, Walker-Barnes blamed racism on “pathological whiteness.”

“It is becoming more and more obvious that whiteness is a dysfunctional system, that it is a pathology that poses a danger to individual white people, definitely to the well-being of black and other people of color, and it poses a threat to the fabric of our democracy if left unchecked,” Walker-Barnes said.

Here’s the lecture from TheoEd Talks: