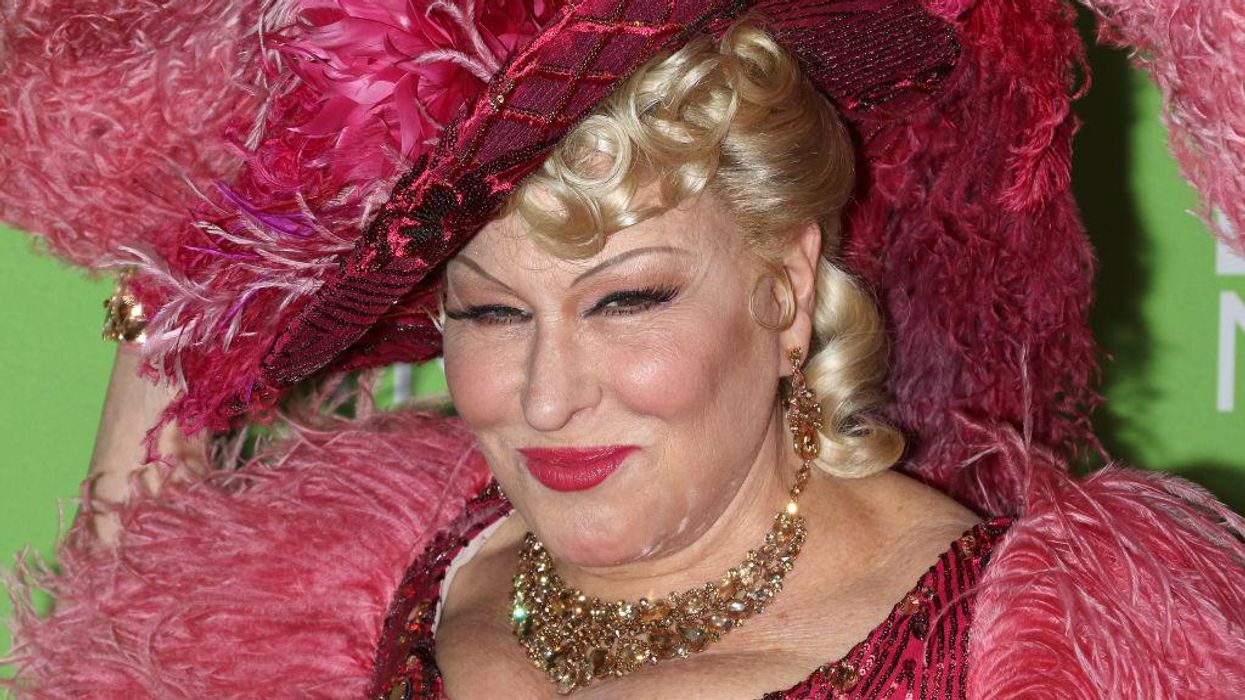 Bette Midler used the unprecedented winter storm in Texas to attack Republican Sens. Ted Cruz and John Cornyn. The Hollywood actress claimed that God is punishing the GOP senators from Texas with the deadly snowstorms that are believed to have a role in at least 35 deaths in eight states and left millions without power and heat this week.

Midler implied that the historic Winter Storm Uri is “payback” for Cruz and Cornyn previously questioning President Joe Biden’s win in the 2020 election.

Her remarks replied to a random Twitter user who called Cruz and Cornyn “inept” for requesting disaster relief for Texas while both lawmakers voted against federal aid during Hurricane Sandy in 2012. Both senators voted against the relief package because they said it had “billions in unrelated spending,” including money for “things like repairing fisheries in the Pacific” and “Smithsonian repairs.”

Midler argued that “inept” was the “wrong word” to characterize the Republican senators. Instead, she described the GOP senators as “hateful,” “vicious,” and “cruel.”

“I feel for the people suffering thru this weather, but #God doesn’t seem to like #TedCruz or #JohnCornyn,” Midler tweeted. “These two also never recognized that #Joe won. If this isn’t payback, I don’t know what is.”

“Inept” is the wrong word. “Hateful”, “Vicious”, “Cruel” might all apply. I feel for the people suffering thru th… https://t.co/wfuGHsvH9r

Sen. Cornyn acknowledged Biden as “president-elect” on Dec. 9. Cornyn did not object to the certification of the Electoral College votes.

“There’s good constitutional and other legal grounds to say: You had your day in court, 60 different lawsuits in state courts, you had a chance to appeal those to the Supreme Court, and as I read the law once a state certifies its electoral vote it’s conclusive,” Cornyn previously stated.

Sen. Cruz called for the dispute of the certification unless Congress established a commission to conduct an audit of the 2020 presidential election.

The “Hocus Pocus” actress was also one of many noted leftists who viciously celebrated the death of broadcasting legend Rush Limbaugh. Midler, who has more than 2 million Twitter followers, seemed to hint that Limbaugh is in hell after passing away from lung cancer on Wednesday.

#RushLimbaugh has gone to his reward. Bet it’s hot.

Midler has a history of tweeting hatred toward Limbaugh. The actress has called Limbaugh a “bully,” “feral pig,” “gobbler of OxyContin,” “the Taliban,” and said his massiively popular radio program was spewing “sewage.” Following Limbaugh’s stage 4 cancer diagnosis, Midler said she would offer “zero prayers.”

Last week, Midler was one of many Hollywood celebrities who suffered complete meltdowns after the Senate acquitted former President Donald Trump in his second impeachment trial. Midler went on an unhinged rant, claiming that Trump “got away with murder.”

“This lopsided vote is an American tragedy of monumental proportions., one we made all by ourselves,” the singer alleged about the impeachment acquittal. “The consequences of this travesty have yet to be known, but I predict they will be uglier than even the last four years have been.”