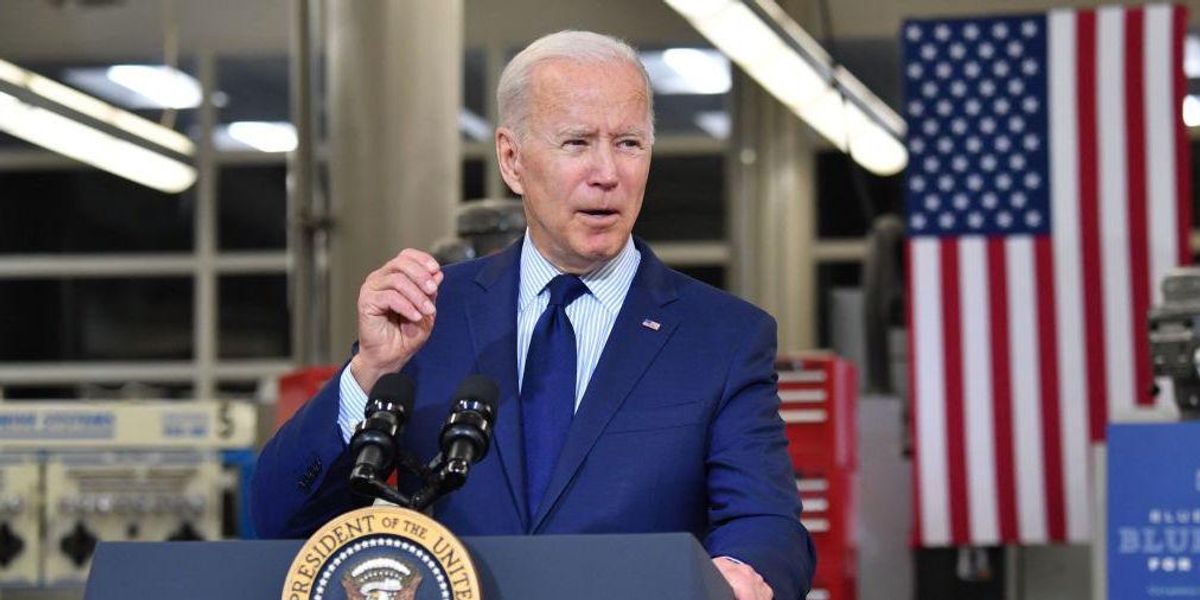 President Joe Biden was slammed Friday after comments he directed toward a young girl circulated online and generated backlash.

What did Biden say?

While speaking at Joint Base Langley-Eustis in Hampton, Virginia, video shows Biden direct off-key remarks toward a person who was reportedly “a little girl.”

Biden said, according to video:

I’m honored to be joined today by Gov. Northam and by two great representatives of the Commonwealth, Congresswoman [Elaine] Luria and Congressman [Bobby] Scott. And I want to thank you for all that you do to represent these service veterans, because they’re devoted to you, the family members, the caregivers, survivors, all call Virginia home. I’m especially honored to share the stage with Brittany and Jared and Nathan and Margaret Catherine.

I love those barrettes in your hair, man. I tell you what, look at her. She looks like she’s 19 years old sitting there like a little lady with her legs crossed. Brittany, you’re doing triple-duty as a veteran, a military spouse, and a teacher. And kids, thank you for being there for your mom.

The New York Post reported the girl “appeared to be elementary school age” and “had joined her parents and two older brothers on the podium while her mother introduced the president.”

Joe Biden looks at a little girl in the audience, the daughter of a veteran, and says “I love those barrettes in yo… https://t.co/aWnZZJ1GLD

Biden was swiftly rebuked on social media for the comments, and the hashtag “#CreepyJoe” was trending on Twitter.

Of course, Friday’s incident was not the first time Biden has been accused of creepy behavior.

Before Biden launched his presidential campaign in 2019, former Nevada lawmaker Lucy Flores accused Biden of unwanted contact during a campaign event in 2014 when Biden was vice president. Three other women then came forward with allegations of unwanted contact, including touching and kisses.

Biden responded to those accusations by promising to “be more mindful and respectful of people’s personal space.”

During his campaign, Biden was also accused of sexual assault by Tara Reade, who worked as an aide in Biden’s Senate office in the early 1990s. Biden has staunchly denied Reade’s allegations.