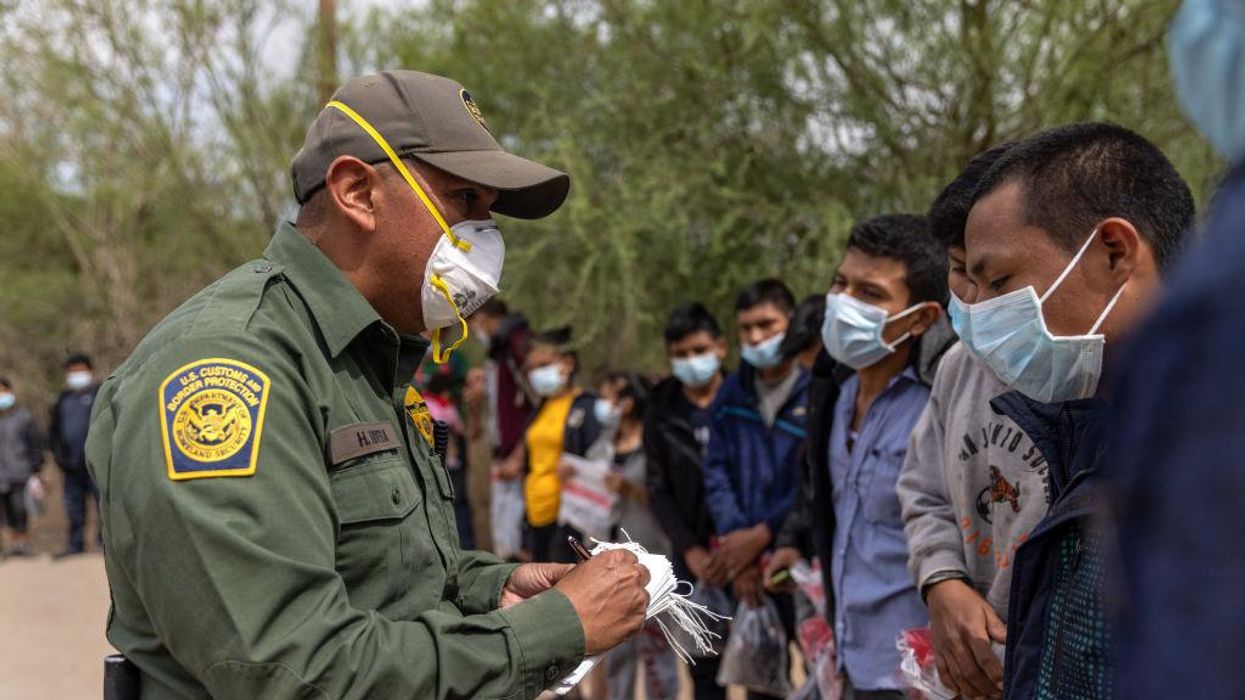 Internal communications within the Department of Homeland Security that were reviewed by the news outlet allegedly show that the Biden administration is searching for answers after border resources have been overwhelmed by the surge. The report states that the “department is developing plans to make the Alternatives to Detention (ATD) program more efficient, because increasing the number of migrants enrolled in the program is becoming a priority for the department.”

The ATD program was first implemented in 2004 by the Immigration and Customs Enforcement as “a cost-effective alternative to detention that uses case management and electronic monitoring to ensure adult aliens released into the community comply with their release conditions—including requirements to appear at immigration court hearings—and comply with final orders of removal from the United States.”

ICE utilizes GPS tracking devices, telephonic reporting, or smartphone apps to keep tabs on the migrants released in the U.S. Authorities determine who is eligible for the ATD program by factors such as an “individual’s criminal and immigration history; supervision history; family and/or community ties; status as a caregiver or provider; and other humanitarian or medical considerations.”

“As of August 2020, there are over 3.3 million individuals assigned to the non-detained docket, many with pending cases before the immigration courts,” the Immigration and Customs Enforcement website states. “Of these, ICE has resources to monitor approximately 5 percent of the total non-detained population, or approximately 100,000 aliens.”

A senior source with Customs and Border Protection said last month that the Rio Grande Valley Sector would begin releasing illegal immigrants who claim asylum without issuing a Notice to Appear, which means they will be discharged without being administered a date to appear in immigration court.

To combat the migrant surge, which is said to be the highest in 20 years, the Biden administration awarded an $86 million contract to pay for hotel rooms to house 1,200 migrant family members. The Biden administration has floated the idea of flying migrants from the U.S. southern border to states on the Canadian border.

“The Biden administration has made it clear that the border is not open,” a DHS spokesperson told Fox News. “Our policy is to expel single adults and families. In situations where individuals cannot be expelled, they are placed into removal proceedings and a custody determination is made, which could result in an Alternative to Detention program.”

However, a new intelligence report from the U.S. Customs and Border Protection states that President Joe Biden’s immigration policies are enticing migrants to the U.S., thus creating a border crisis.

Last week, Biden finally admitted that there was a crisis on the border, but his administration quickly walked back the president’s remarks by saying the word “crisis” is not reflective of the “administration’s official position,” but rather the situation is a “challenge.”