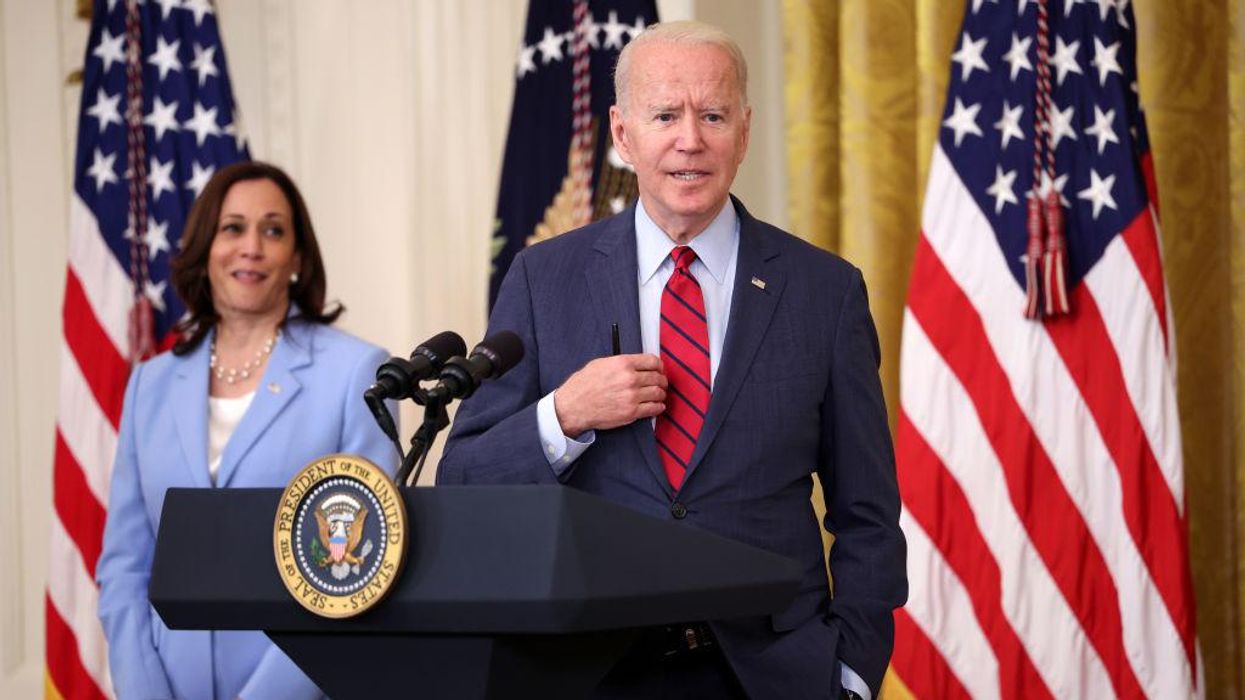 The Biden administration was skewered online over a claim that it had saved Americans 16 cents on July Fourth cookouts this year.

The official White House Twitter account posted a GIF with seven food items that allegedly cost Americans less this year than in 2020. The data, provided by the American Farm Bureau Federation, said the average cost of a summer cookout for 10 people “remains affordable at $59.50, or less than $6 per person.”

The Biden administration attempted to take credit for the lower prices of certain food items by bragging that it had saved Americans a whopping 16 cents on their Fourth of July cookouts this year. The marginal price decreases included a 13-ounce bag of potato chips dropping slightly by 1%, sliced cheese insignificantly falling 1%, lemonade going down by 2%, and center-cut pork chops decreasing 2%. Other items highlighted were pork and beans, ground beef, and vanilla ice cream.

The GIF was accompanied by a pun-filled caption attempting to calm fears of rising inflation:

Planning a cookout this year? Ketchup on the news. According to the Farm Bureau, the cost of a 4th of July BBQ is down from last year. It’s a fact you must-hear(d). Hot dog, the Biden economic plan is working. And that’s something we can all relish.

Planning a cookout this year? Ketchup on the news. According to the Farm Bureau, the cost of a 4th of July BBQ is d… https://t.co/P6fWFE7E4u

Many Americans were not laughing.

Online commenters turned up the heat and roasted the “tone-deaf” tweet by the White House. Numerous people called the assertion a bunch of baloney, noting that gas prices have skyrocketed during Joe Biden’s presidency.

Dan Price was fired up and tweeted, “16 cents? Home prices are going up 24% annually right now. The median home goes up 16 cents every 1.3 seconds right now.”

Josh Dolin believed the half-baked tweet was a mistake, “Funny how the Farm Bureau can report these numbers yet a trip to any supermarket proves the opposite reality. Is lying to the American people about $0.16 worth the political capital you will lose for such a pathetic tweet?”

Ed Oswald said bragging about the modest savings was not well done, “What in fresh hell is this? Housing costs are up by double digits, used cars are literally appreciating on dealer’s lots, and you’re talking about a BBQ? The Trumpiness of this tweet is just gross. Might as well forget about everything else that’s way more expensive?”

Kimberly Morin burned the Biden administration, “When is the last time any of you idiots actually went to a grocery store yourselves rather than having the ‘help’ do it? FAMILIES see the price increases, especially in gas. It matters to their bottom line. You have no idea what life is like outside of your lunacy bubble.”

Virginia Kruta recalled that House Speaker Nancy Pelosi (D-Calif.) twice called Republican tax cuts “crumbs,” then put a fork in the Democratic Party by pointing out, “Ok but I was told $1000 was a ‘crumb,’ so …”

The House Republican Policy Committee referred to the same report that the White House used in its “tone deaf” tweet, but revealed that many food items had risen in price in the past year.

@WhiteHouse Why did you leave this part of the report out of your tone deaf tweet?? https://t.co/mXJIJfENg3

There were also several corny memes searing the White House over boasting about saving Americans 16 cents.

The U.S. Bureau of Labor Statistics report for May found that the food price index was up by 2.2% compared to last year.

US Navy ripped for adding face mask to bald eagle logo: ‘China, Iran, and Russia are laughing at us’