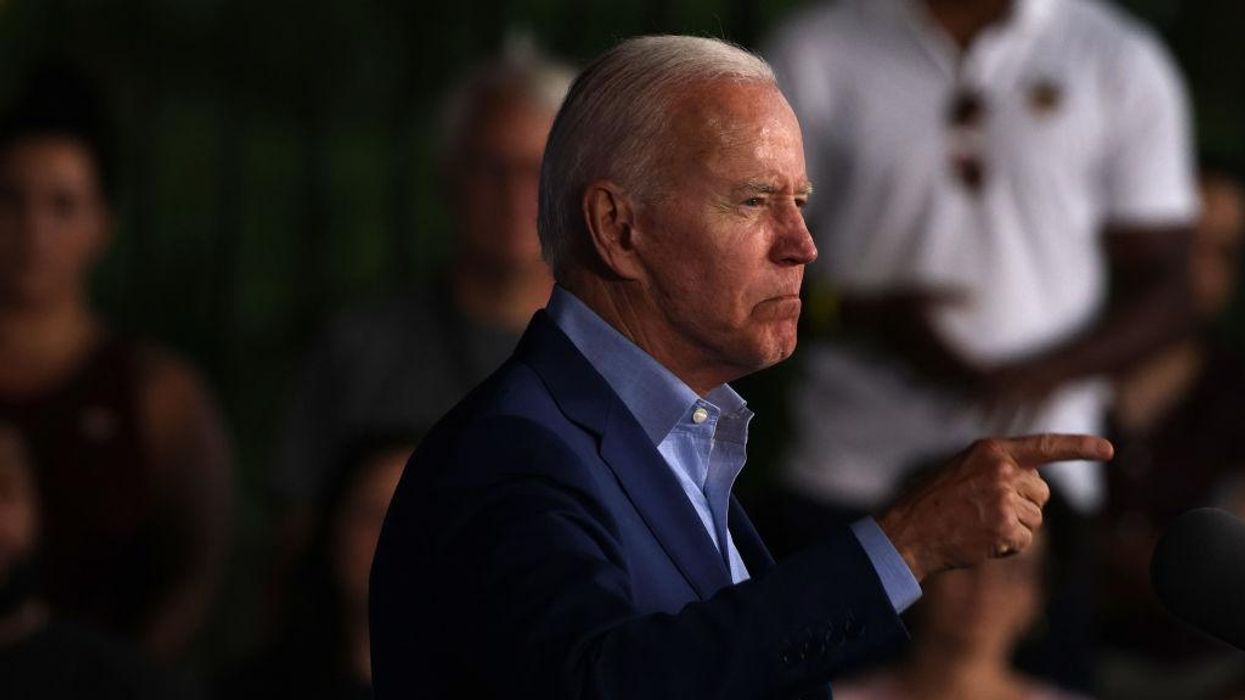 President Joe Biden was speaking at a campaign event in Virginia when he was heckled by some people in the crowd. Biden brushed off the hecklers by mocking Trump rallies.

Biden was in Arlington for a rally for Virginia Democratic gubernatorial candidate Terry McAuliffe on Friday. McAuliffe previously served as Virginia’s governor from 2014 to 2018, and was succeeded by fellow Democrat Ralph Northam.

“And by the way, you know that old expression, you know there’s a lot of our very conservative friends have finally had an altar call. They’ve seen the Lord,” Biden said. “Whether it’s on Fox News or whether it’s the most conservative commentators or governors.”

Biden then “genuinely” complimented the Alabama Gov. Kay Ivey for improving vaccination rates in her state.

“Thank God the governor of Arkansas – excuse me, of Alabama – had one of the lowest vaccination rates in the country – is now, and I’m genuinely complimenting her,” Biden said before trailing off as he was interrupted by hecklers only minutes into his speech.

President Biden responded to the jeering by saying, “This is not a Trump rally, let ’em holler. No-one’s paying attention to them.”

According to reporters covering the event, the hecklers were anti-pipeline protesters who were shouting, “Stop Line 3!” The Enbridge Line 3 is a proposed pipeline expansion that would stretch from Alberta, Canada to Superior, Wisconsin. The protesters are demanding that President Biden to use his executive powers to stop the Enbridge Line 3 project like he did with the Keystone XL pipeline.

“This isn’t a Trump rally,” President Biden said to a heckler at a campaign rally in Virginia. “Let them holler, no… https://t.co/yEIeRCr9xj

Biden spoke at the campaign event for McAuliffe, who won the Democratic nomination to return to his old job in June. McAuliffe will square off in the November election against Republican Glenn Youngkin, who is endorsed by former President Donald Trump.

During the campaign event, with an estimated 3,000 people in attendance, Biden taunted Trump by bringing up the 2020 presidential election.

“Terry and I share a lot in common — I ran against Donald Trump, and so is Terry,” Biden told the crowd. “And I whipped Donald Trump in Virginia, and so will Terry.”

Biden told the crowd that Republicans offer “nothing more than fear, lies and broken promises.”

“The United States is based on — the only country in the world based on the proposition, ‘We hold these truths to be self-evident,’ that all women and men are created equal, endowed by their creator with certain inalienable rights. Life, liberty and the pursuit of happiness,” he stated. “We’ve never met the test, but we’ve never walked away from it like the Republicans have.”

At the rally, was Biden’s first in-person campaign event appearance since becoming president, he stumped for McAuliffe.

“You’re not gonna find anyone, I mean anyone, who knows how to get more done for Virginia than Terry,” Biden said. “Off-year election, the country’s looking. This is a big deal.”

Recent polling shows McAuliffe ahead of Youngkin by 46% to 42%, with 12% undecided.

You can watch Biden’s entire speech from the Virginia event below.

‘Such a disgrace’: Trump condemns Cleveland Indians’ plan to change name to the Cleveland Guardians