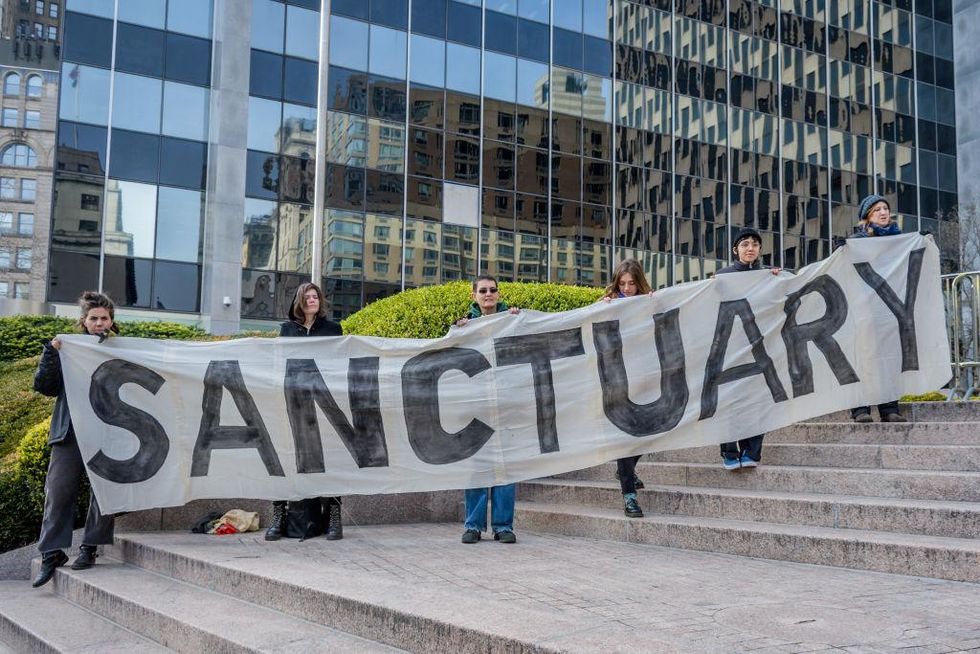 In a clear break from the tough-on-immigration policies of the previous administration, President Joe Biden’s Justice Department recently reopened federal funding for sanctuary cities that refuse to cooperate with federal immigration authorities.

According to Reuters, the Biden administration has repealed a policy put in place under former President Donald Trump that cut off federal funding for certain lawless jurisdictions that acted as “sanctuaries” for illegal immigrants.

In an internal memo obtained by the news agency, acting head of the Office of Justice Programs, Maureen Henneberg, ordered that recipients of the department’s annual Edward Byrne Memorial Justice Assistance Grants program, known as “Byrne JAG,” no longer be required to cooperate with U.S. Immigration and Customs Enforcement as a condition of their funding.

Henneberg reportedly instructed staff to “pull down and revise all solicitations that describe requirements or priority consideration elements or criteria pertaining to immigration.”

“These solicitations will be reposted and grantees will be required to reapply,” she stated, meaning any pending grant applications with strings attached would be reconsidered.

The Byrne JAG grant program, named after a New York City police officer killed in the line of duty, is reportedly the Justice Department’s primary reimbursement source for state and local law enforcement, and pays for initiatives ranging from prosecutions and corrections programs to drug and mental health treatment centers.

Reuters reported that in fiscal year 2020, the program rewarded over $250 million in grants.

During Trump’s presidency, the federal government stopped handing out millions of dollars in funding to liberal cities such as New York, Chicago, and San Francisco over their refusal to cooperate with ICE.

Following the crackdown, several sanctuary jurisdictions sued the Justice Department. But in February 2020, one of those lawsuits, filed by New York and six other states, was derailed when the 2nd Circuit Court of Appeals sided with the Trump administration.

The plaintiffs in the case initially appealed to the Supreme Court, but later withdrew the appeal after Biden won the presidency.

One way that sanctuary jurisdictions buck cooperation with ICE is by ignoring detainer requests and releasing illegal immigrants back onto the streets following arrests. ICE often issues detainer requests when someone suspected of being in the country illegally is arrested in connection to a crime. The detainer petitions local law enforcement to hold the individual for a limited amount of time in order for federal immigration officials to perform an investigation.

In many sanctuary cities, however, local officials purposefully fail to comply with the requests and refuse cooperation in other areas, often arguing that such policies prevent illegal immigrants from coming forward to report crimes.

VIDEO: Migrant smuggler reveals the reason why so many migrants are coming to American right now

Border crisis: Record number of migrant children being held in ‘grim’ cage-like ‘cells’ for longer than is legal