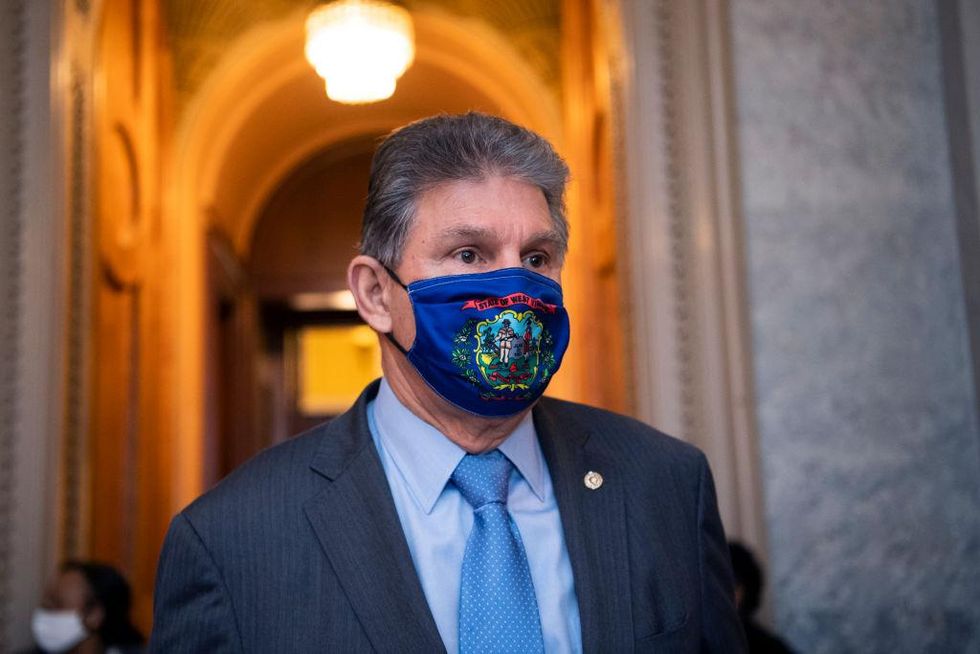 Swing vote Democratic Sen. Joe Manchin (W.Va.) announced on Monday he does not support President Biden’s $2 trillion infrastructure bill as it currently stands, effectively killing the legislation’s prospects until changes are made.

The massive spending package, characterized by the administration as an infrastructure bill — despite the bulk of its funding going toward numerous progressive policy priorities — has virtually no chances of earning a single vote from Republicans in Congress. So in order for the bill to pass in the gridlocked Senate, it will need support from every Democratic-voting senator.

With Manchin and potentially other Democrats out on the bill, its chances of passing are bleak, unless significant alterations are made to how the bill is funded.

The moderate senator reportedly broke the news during a radio interview with West Virginia Metro News on Monday, saying, “As the bill exists today, it needs to be changed.”

Former President Donald Trump slashed the corporate tax rate to 21% from 35% — a global high — during his time in office, arguing that the rate disadvantaged the U.S. on the global stage and led many American business to relocate offshore.

During the interview, Manchin suggested that while he’s against raising the corporate tax rate to 28%, he may be able to support raising it to 25%, citing the need to maintain America’s market competitiveness. The worldwide average corporate tax rate is currently just under 24%, according to conservative tax group, the Tax Foundation.

“If I don’t vote to get on it, it’s not going anywhere,” Manchin asserted before adding that he’s not the only Democratic lawmaker wary of the economic consequences of the present bill.

“It’s more than just me, Hoppy,” he said. “There’s six or seven other Democrats who feel very strongly about this. We have to be competitive, and we’re not going to throw caution to the wind.”

News of Manchin’s opposition comes after Energy Secretary Jennifer Granholm didn’t rebuff claims over the weekend that the tax hikes associated with the infrastructure plan could have a devastating economic impact on middle-class Americans.