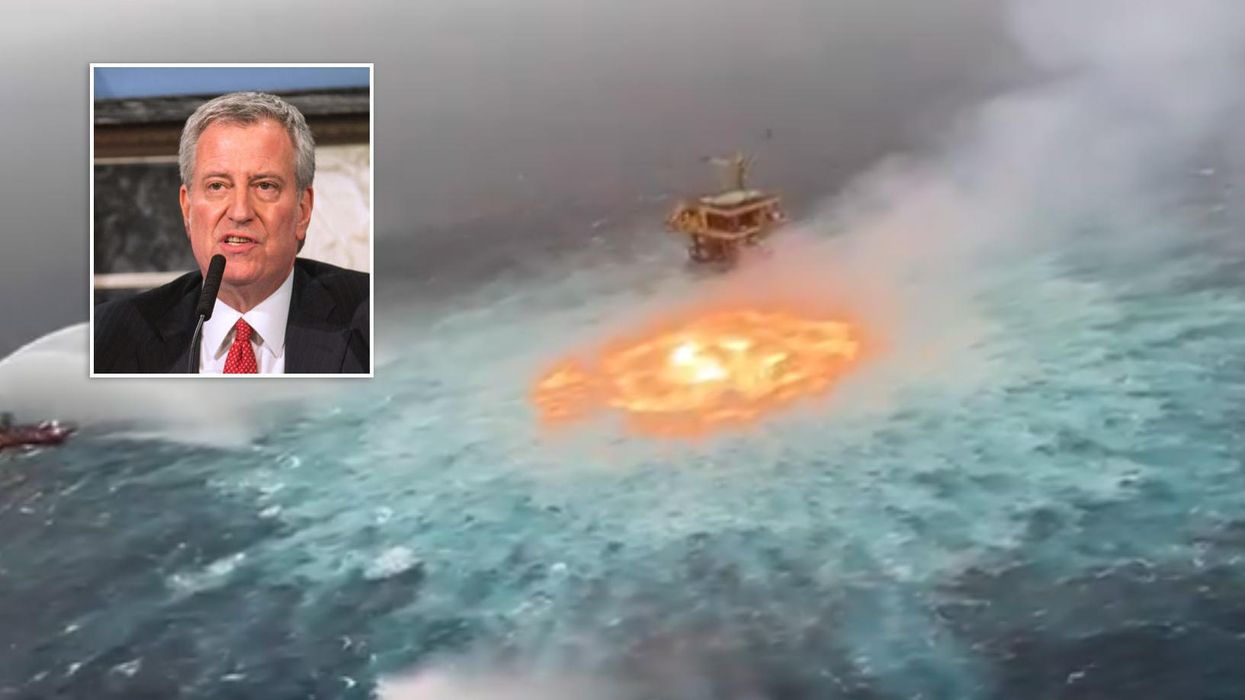 New York City Mayor Bill de Blasio (D) was quick to blame an apparent oil spill in the Gulf of Mexico, which was called the “eye of fire” because of the fire that it ignited on the ocean surface, on “corporate greed.”

Unfortunately for de Blasio, his scapegoat holds no responsibility for the oil leak.

What did de Blasio say?

When news of the oil leak generated attention online, with videos of the “eye of fire” going viral on social media, liberal critics of oil and gas, like de Blasio, rushed to pin responsibility for the environmental incident on capitalism and corporations.

“It’s not a movie trailer. It’s not a natural disaster, either. It’s what happens when we let corporate greed destroy our planet,” de Blasio tweeted Saturday.

It’s not a movie trailer.

It’s not a natural disaster, either.

It’s what happens when we let corporate greed des… https://t.co/VvBr0S66PP

Other notable socialists, like former British MP Laura Pidcock, made similar arguments. “The sea is on fire but some people *still* think capitalism can be managed,” Pidcock argued on Twitter.

But what is the truth?

As critics of de Blasio were quick to point out, the oil leak was completely unconnected to massive American oil companies that drill in the Gulf of Mexico. Instead, Pemex, the state-owned petroleum company of Mexico, was behind the leak.

According to Reuters, “The fire began in an underwater pipeline that connects to a platform at Pemex’s flagship Ku Maloob Zaap oil development, the company’s most important, four sources told Reuters earlier.”

Fortunately, the fire was fully extinguished more than 5 hours after ignition. No injuries were reported.

House Democrat issues stark warning to own party about 2022: Can’t ‘get caught with our pants down again’