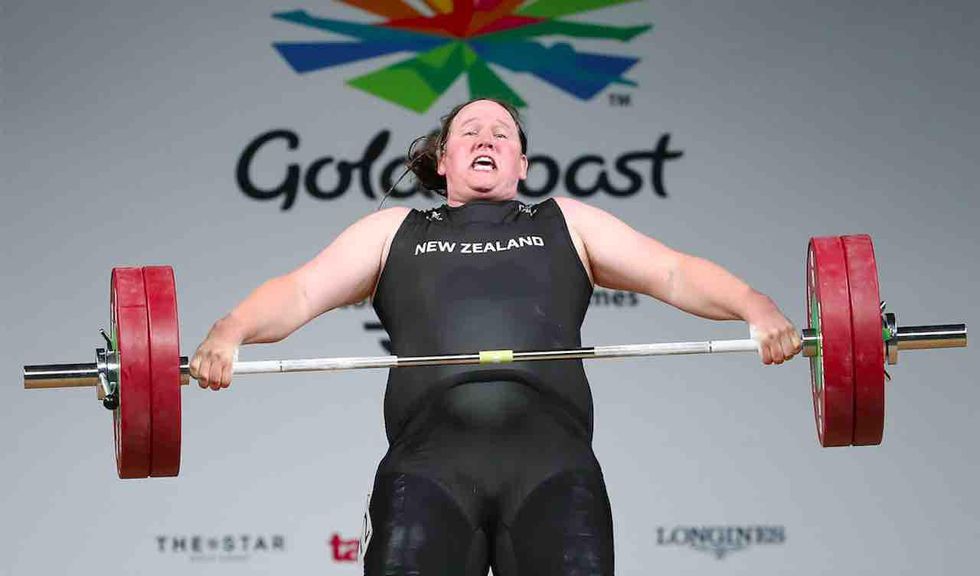 Weightlifter Laurel Hubbard — a biological male who identifies as female and has competed against women for several years — is poised to become the first-ever transgender athlete to compete in the Olympic Games, Inside the Games reported.

The outlet said the New Zealander has been “effectively guaranteed a place at the delayed Tokyo 2020 Olympic Games after the approval of an amended qualifying system by the International Olympic Committee.”

Since so many Olympic-qualifying competitions had been canceled due to the COVID-19 pandemic, the IOC devised a new system reducing the number of competition performances needed for qualification, Inside the Games said.

Hubbard’s best qualifying total is 285 kilograms, the outlet said — which is a bit over 628 pounds — and that puts the weightlifter “very much in the reckoning for a place on the podium in the women’s super-heavyweights in Tokyo.”

Inside the Games said only three athletes will have higher qualifying totals when the entries are named — and while Hubbard is ranked 16th, at least six weightlifters ranked higher won’t be attending the Olympics for various reasons.

Hubbard, 43, will be the oldest weightlifter at Tokyo, the outlet said. CNN reported, however, that Hubbard has not been named yet to the national women’s weightlifting team going to the Games.

Hubbard lived as a male for 35 years and never made it into international weightlifting, Inside the Games noted, adding that Hubbard transitioned in 2012 and then began winning several years later.

Hubbard made a splash in 2017 after winning two silver medals in a women’s world championship — and then in 2019 took home two gold medals and a silver medal in the women’s competition at the Pacific Games in Samoa.

Hubbard suffered a ruptured elbow ligament while attempting a 291-pound lift at the 2018 Commonwealth Games and — while later saying the injury was career-ending — managed to recover.

Here’s Hubbard speaking about competing as a transgender woman:

“Kiwis [New Zealanders] know that males competing in women’s sport is blatantly unfair,” according to Ani O’Brien of New Zealand lobby group “Speak Up for Women,” which wants athletic competition categorized by biological sex rather than gender identity, Reuters reported.

“As a nation we pride ourselves on being good sports, and going into the Olympics next year this is not a good look,” O’Brien added, Australia’s ABC News reported.

The sentiment was similar to others soon after Hubbard began competing against women.

“We’re in a power sport which is normally related to masculine tendencies … where you’ve got that aggression, you’ve got the right hormones, then you can lift bigger weights,” Australian Weightlifting Federation chief executive Michael Keelan told Fox Sports in 2017, adding that Hubbard’s presence creates an “uneven playing field.”

But Simon Kent, high performance manager of Olympic Weightlifting New Zealand, told Radio Sport there’s no right or wrong about Hubbard competing as a woman: “This is a tremendously complex issue that isn’t as simple as what people are perceiving when they see Laurel compete.”

In 2015, IOC guidelines ruled that transgender athletes can compete as women if their testosterone levels are below 10 nanomoles per liter for at least 12 months before their first competition, Reuters said.

Here’s Hubbard in action from early 2020: