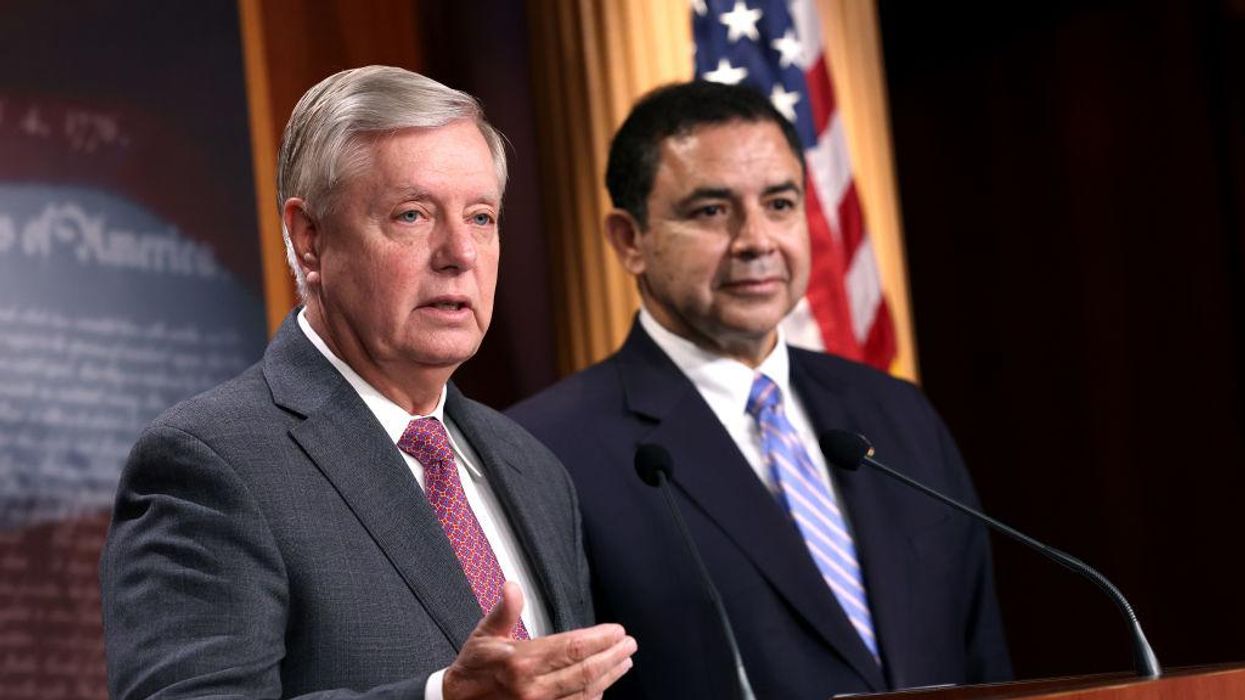 A bipartisan duo of lawmakers is calling for the creation of a position to tackle issues related to the nation’s southern border.

“To solve the growing problem, we request a special executive appointment for border issues to ensure sufficient federal resources are allocated to overburdened U.S. border communities, and to recommend changes to our immigration policies as we work to regain control of the border,” Republican Sen. Lindsey Graham of South Carolina and Democratic Rep. Henry Cuellar of Texas wrote in a letter to President Joe Biden and Homeland Security Secretary Alejandro Mayorkas.

The two legislators pointed to an influx of migrants. According to U.S. Customs and Border Protection (CBP), southwest land border encounters in June numbered 188,829. The total number so far for fiscal year 2021, which began in October, is more than 1.1 million through June, according to CBP.

“The total number of migrants apprehended at the southern border has exceeded 1.2 million this fiscal year,” the lawmakers said in the letter. “In short, this is a humanitarian and public safety emergency.”

Graham and Cuellar cited coronavirus concerns: “As the U.S. endeavors to fully suppress the COVID-19 pandemic and navigate the challenges associated with the spread of the Delta variant, Americans living near the southern border are now vulnerable to additional public health risks. In Texas’ Rio Grande Valley, where CBP had over 20,000 enforcement encounters last week, Border Patrol agents are testing positive for COVID-19 at alarming rates,” they wrote.

“The situation on the border will worsen unless we enact policies that will end the surge and fix our broken immigration system,” the lawmakers said. They asked for the immediate creation of “a special executive position vested with the authority to implement federal policies which prioritize the health and safety of U.S. communities at the southern border.”

Graham and Cuellar suggested former DHS Secretary Jeh Johnson as someone who would be well equipped to fill the role.

USA Today reported that when asked if he would be interested in the role or if he has spoken to the legislators or the Biden administration about it, Johnson said that he had no comment.