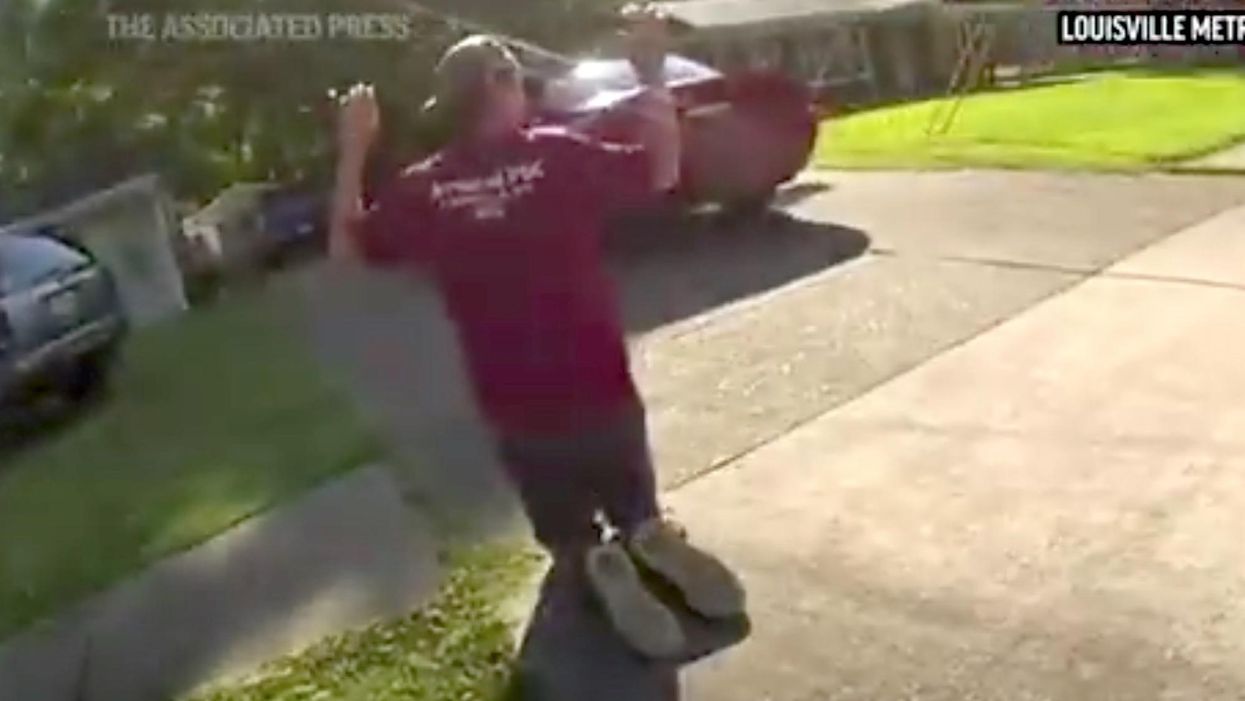 Police released the dramatic bodycam video of a 6-year-old girl being saved after she was kidnapped while riding her bike Friday in Louisville, Kentucky.

Witnesses said a man in a car forcefully grabbed the girl as she was riding outside on her bicycle.

The Louisville Metro Police Department said that bystanders who watched the kidnapping were able to remember crucial information including part of the car’s license plate.

“You just can’t get there fast enough,” Officer Jason Burba said to WDRB-TV. “Seconds feel like hours. Your only thought is getting there as fast as you can.”

The stunning body camera video shows police saving the little girl about a half hour later. She cries for her mother and father as she leaps into the officer’s arms.

The video also shows the arrest of 40-year-old Robby Wildt, who was charged with kidnapping of a minor.

“She’s a 6-year-old girl that obviously couldn’t help herself. She was absolutely terrified. I hate the fact she went through this. I hate the fact this is probably something that’s going to affect her the rest of her life,” he explained.

“But we were able to get there,” he added, “get in the area, find her, rescue her from her captor, and we were able to prevent anything worse than what had already happened from happening to her.”

Wildt pleaded not guilty to the charge Saturday. His bond was set at $1 million. According to the arrest warrant, Wildt said that he felt bad for what he did and was driving the girl back.

The arrest citation said that the girl was not injured. She was reunited with her family.