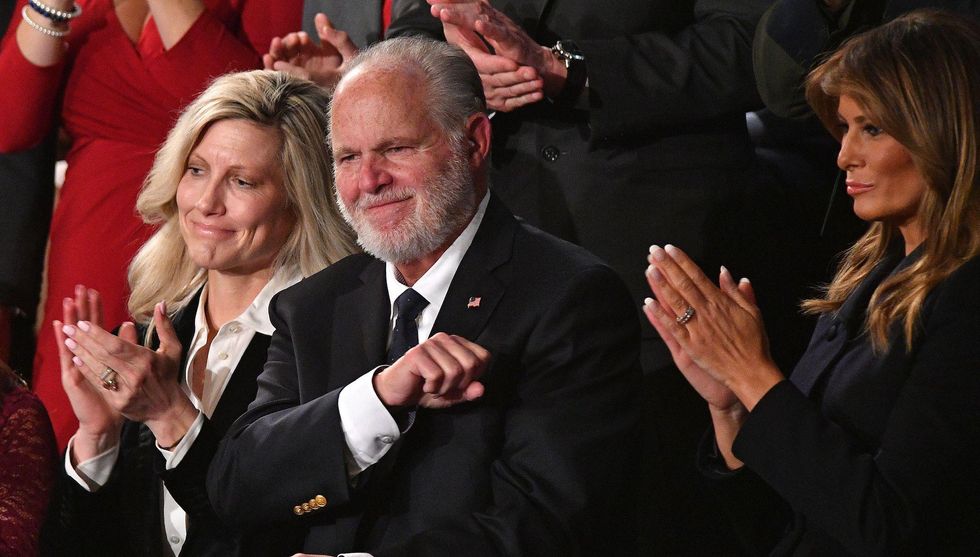 Limbaugh, the leading voice of the conservative movement, succumbed to his battle with lung cancer at the age of 70 after getting his Stage 4 diagnosis in January 2020.

El Rushbo was a pioneer in the radio industry, leading the way to get conservative and Republican issues and voices heard around the nation. He worked around the liberal monolith of the broadcast networks and the stranglehold Democrats had on the public airways.

Limbaugh began his nationally syndicated “Rush Limbaugh Show” in 1988 and at that moment began to reshape the Republican Party and the conservative movement.

The launch of the show came the year after the FCC repealed the Fairness Doctrine that required equal time for both sides of political arguments. The repeal gave Limbaugh the opportunity to make the conservative case on political issues without the fear of the federal government cracking down on him for being one-sided.

For more than three decades, he would take to the “golden EIB microphone” and make the case to the country for conservative principles and advocate on behalf of elected GOP officials and up-and-coming Republican politicians.

The syndicated show began on just over 50 radio stations, but spread like wildfire. It became the most listened to radio show in the U.S. and was picked up by more than 600 stations. According to his website, Limbaugh’s show boasted some 27 million weekly listeners.

Fox News noted that on his final broadcast, Limbaugh revealed that he had outlived his prognosis.

His love of the United States earned him the Presidential Medal of Freedom from President Donald Trump during the State of the Union Address in 2020, shortly after he received his cancer diagnosis.

“Rush Limbaugh: Thank you for your decades of tireless devotion to our country,” Trump declared during the address.

This is a breaking story and has been updated.