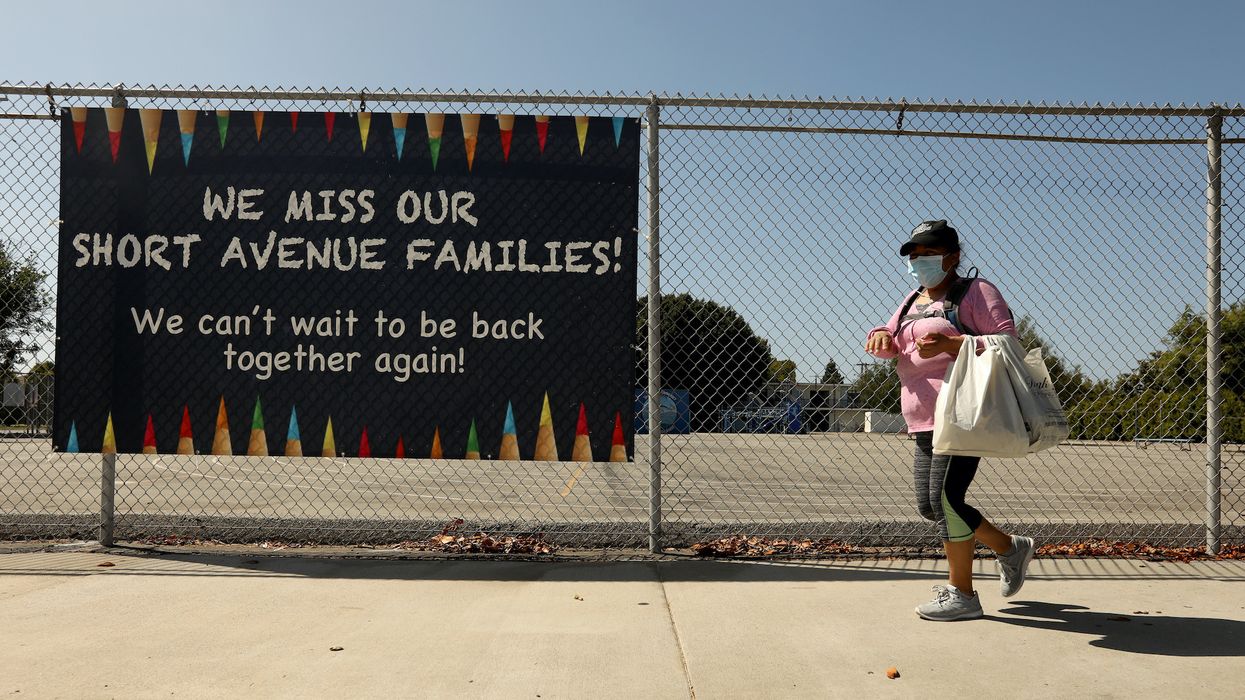 It has been a rough week for the left-wing Democratic governor of America’s largest state as he attempts to deal with the surge in COVID-19 cases.

Gov. Gavin Newsom first declared limits on social gatherings in indoor dining, only to be discovered — and photographed — attending an indoor birthday party at a restaurant with a dozen other people. Adding insult to injury, it turned out that some of the people with him were officials from the California Medical Association — presumably folks who should have known better.

And now, as schools are being closed around the country despite the fact that COVID-19 infection rates in schools have been lower than infection rates in their surrounding communities, Newsom’s policies on school closures are getting new scrutiny.

Though many Californians have been begging the government to reopen the schools, Newsom — at the behest of the unions — has chosen to keep them closed, which means most of the Golden State’s 6 million public school students are stuck going to school remotely, Politico reported.

Even Democrats are beginning to notice and call out the governor for what seems an inconsistent and discriminatory policy, as even areas with the lowest infection rates are not even trying to get back to school — despite the fact that the communities and the schools are remarkably low in COVID-19 cases.

And as the year wears on, Newsom’s fellow Democrats are pointing out that the state’s approach to schools is disproportionately impacting low-income and minority communities.

In fact, the governor was recently called out for announcing that he was sending his own kids back to private school in Sacramento, while the city’s public schools remained shuttered, Politico pointed out.

State Assemblyman Patrick O’Donnell, who chairs the Assembly Education Committee, ripped the union-backed policy that Newsom has stuck to.

O’Donnell said in an interview, according to Politico, that the state’s current system amounts to “state-sanctioned segregation.”

“Some kids get to go and some don’t. That’s not what California stands for,” he said, the paper reported. “I think we need to move faster but remain thoughtful.”

According to O’Donnell, the state needs Newsom to lead and to provide “strong guidance.”