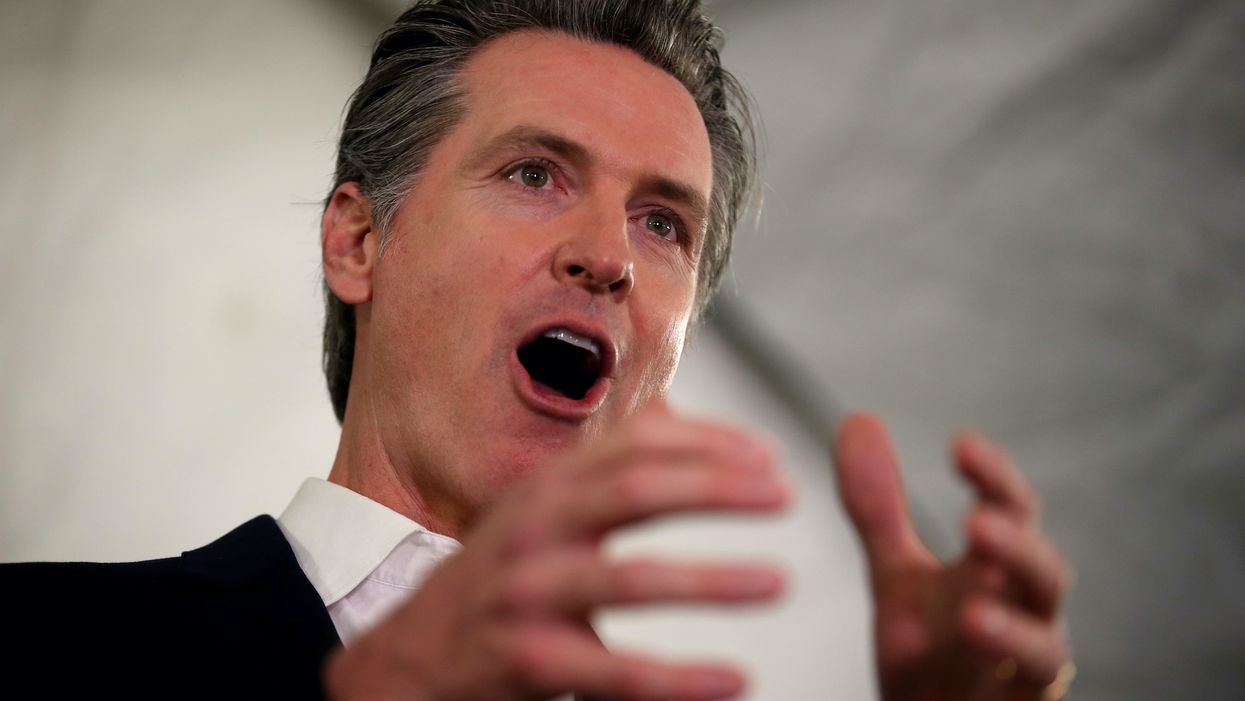 Democratic Gov. Gavin Newsom issued a stay-at-home order for most of the counties in California, but one sheriff has already announced that he would not be enforcing Newsom’s command.

Newsom issued the order on Thursday after a spike in coronavirus cases throughout the state.

“The virus is spreading at a pace we haven’t seen since the start of this pandemic and the next several days and weeks will be critical to stop the surge. We are sounding the alarm,” Newsom said. “It is crucial that we act to decrease transmission and slow hospitalizations before the death count surges. We’ve done it before and we must do it again.”

Orange County Sheriff Don Barnes issued a statement soon after that his officers would not be enforcing the guidelines.

“Earlier today, the Orange County Sheriff’s Department became aware of a limited Stay at Home Order that Governor Newsom’s office ordered to go into effect on Saturday, November 21 at 10 PM. Throughout the pandemic, the Orange County Sheriff’s Department has taken an education-first approach with regard to the public health orders,” said Barnes in the statement.

“We are currently assessing the action by the Governor,” he added.

“At this time, due to the need to have deputies available for emergency calls for service, deputies will not be responding to requests for face-coverings or social gatherings-only enforcement,” Barnes concluded.

California was the first state to issue a lockdown order in March for its 40 million residents. Some restrictions had been eased as the coronavirus cases lessened, but that progress has been lost as cases spiked again.

Newsom is also battling enormous blowback after he was caught having an expensive dinner at an exclusive restaurant without wearing a mask and without following social distancing guidelines.

California legislators didn’t help his cause when they were caught going to a luxury hotel in Hawaii for a conference while Californians were told they should avoid family gatherings for the holidays.