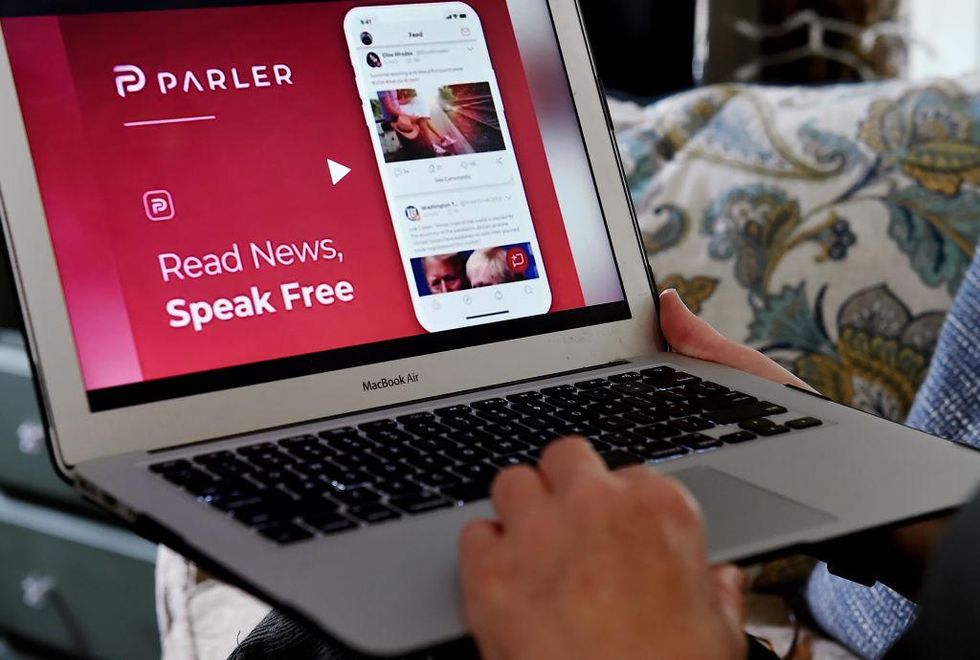 During an interview on the “Glenn Beck Radio Program,” Meckler said Parler will file an amended complaint to its lawsuit against Amazon Web Services.

“There is a lawsuit that has already been filed. We’re working on an amended complaint on that. That lawsuit is against AWS, and it’s on web services,” Meckler told Beck. “I do think there’s liability. I think there’s anti-trust stuff. Business stuff. We’ll be putting out more on that stuff, in a week or two, when we amend that complaint.”

With @Parler_app finally back online after over a MONTH of lost business, Interim CEO @MarkMeckler tells me a lawsu… https://t.co/E842ycZTU0

The social network used by 20 million people returned to the internet Monday after being offline for nearly a month. Last month after the Capitol Hill riot, Amazon Web Services deplatformed Parler for allegedly refusing to moderate hate speech and violent or illegal activity. Parler was accused of inaction against violent threats made on its platform and claims that it permitted rioters to organize violence by neglecting to enact content moderation policies adopted by other social media websites like Facebook and Twitter, policies that conservatives have criticized as being anti-free speech.

Apple and Google also kicked Parler’s app off of their respective app stores around the same time it was deplatformed by Amazon. Shortly after Parler was taken down, the company sued Amazon to have its website hosted again, but U.S. District Judge Barbara Rothstein sided with Amazon, which argued Parler was threatening public safety by neglecting to remove posts after the Jan. 6 Capitol riot.

Meckler took issue with claims that Parler was somehow more responsible for the violence at the Capitol than other social media websites like Facebook or Twitter. He cited a report from Forbes that reviewed data from the Program on Extremism at George Washington University and found that in charging documents for 223 individuals related to the Capitol Hill riot, Parler was mentioned just eight times. By comparison, Facebook was the most referenced social network with 73 references, followed by YouTube with 24.

“They found the vast majority is violent, and inciteful stuff, that took place on Facebook. YouTube and Instagram were a close second and third. We barely made the list,” Meckler said. “So there’s always going to be bad content on every platform of that size. But the bottom line is, this was just a hit job. It was a political hit job. I would add, it was a business hit job. They see Parler as a real threat to their monopoly on the business market, and on free speech. And they’ll come after us.”