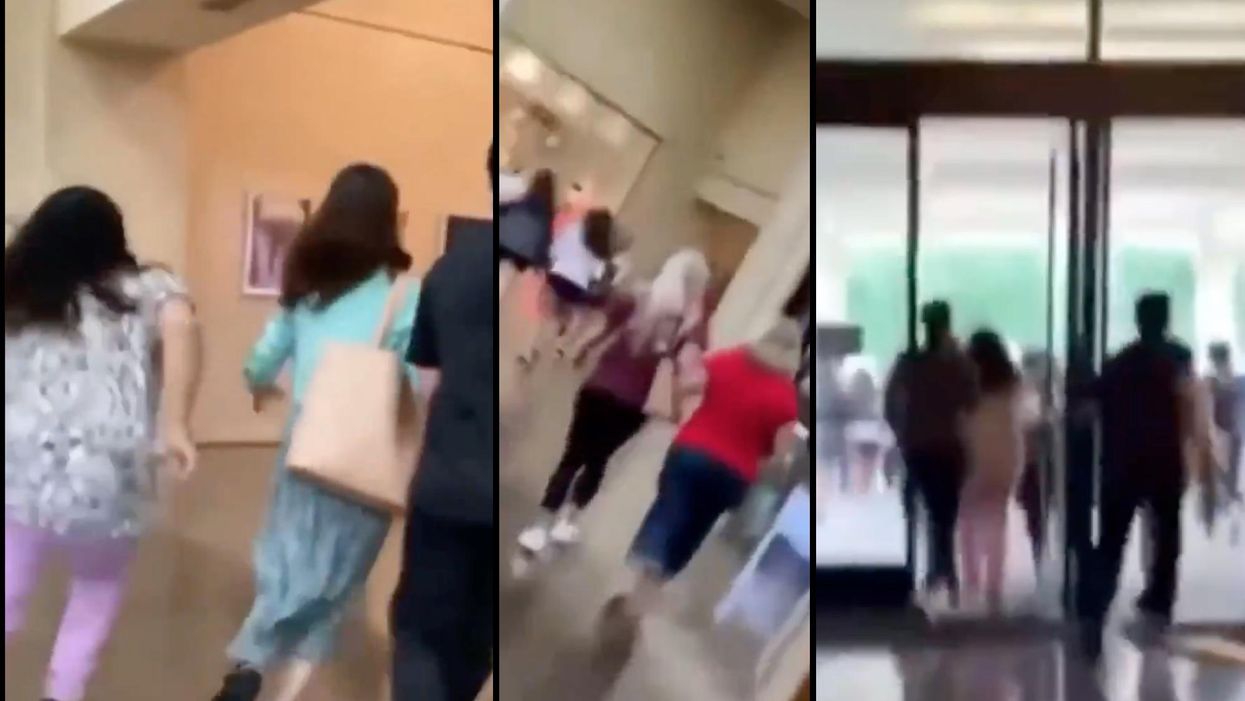 A Dallas mall erupted in chaos after loud bangs were heard and people shouted that there was an active shooter inside. Police later determined it had been a person banging a skateboard on the floor.

Dallas Police Chief Eddie García told reporters in a media briefing Monday that officers had responded to calls about an active shooter in the food court of the NorthPark Center mall.

Videos posted to social media showed panicked shoppers running to the exits as an alarm blared out.

He said that the man then made gestures with his hands as if he were shooting into the crowd, which further exacerbated the panic.

García said that “off duty elements” confronted the individual minutes before on-duty officers also confronted him. He said that thousands of shoppers ran to exit the mall over the false alarm.

“We thank God that this was what it was,” García added.

“Investigations are still ongoing, but at this time neither NorthPark nor the Dallas Police Department have found any evidence that anyone fired a gun on Monday afternoon. No injuries have been reported,” the mall tweeted.

“An individual apparently banged a skateboard against the floor, causing a sound similar to gunfire. That individual is now in custody,” the mall added in a second tweet.

No serious injuries were reported from the false alarm.