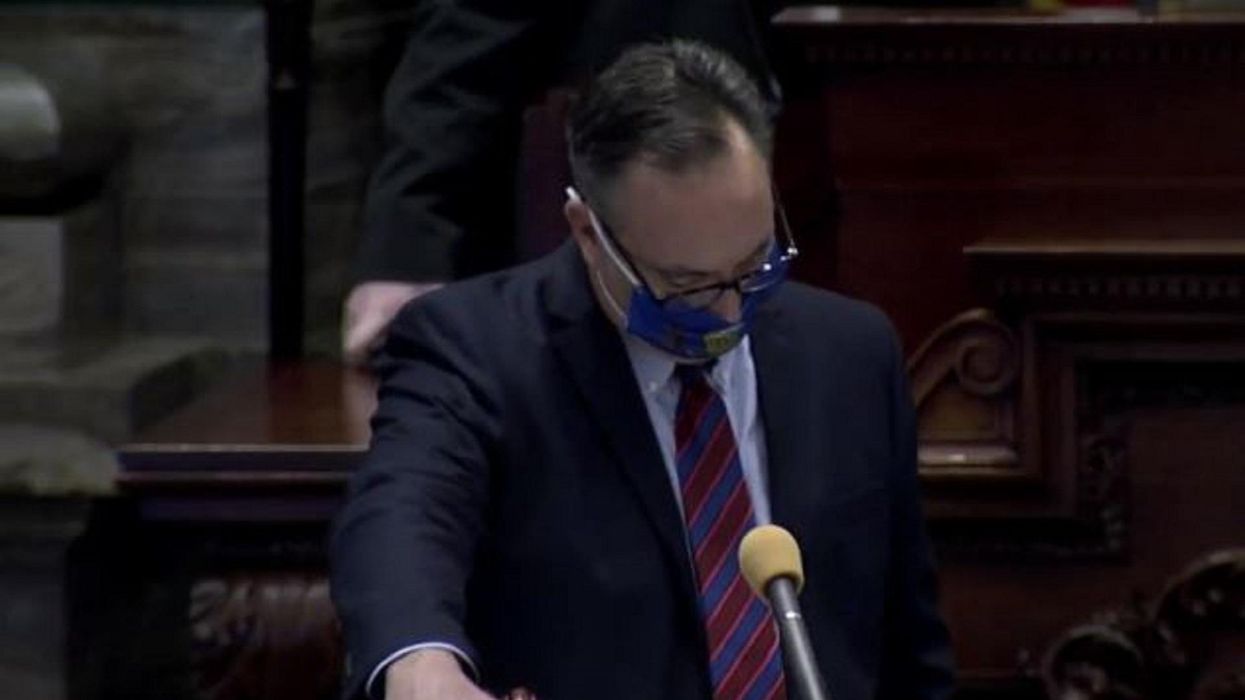 Republicans in Pennsylvania’s GOP-controlled state Senate refused to seat a Democratic senator-elect on Tuesday and even moved to have the Democratic lieutenant governor booted from the chamber in a scene local outlet KDKA-TV described as “chaos.”

Democrat Jim Brewster has been certified by the state as the winner of a narrow Senate race against Republican candidate Nicole Ziccarelli. But when it was time for Brewster to be sworn in along with other incoming senators in the state, Republicans intervened and refused to allow him to take the oath of office.

At the time, Lt. Gov. John Fetterman (D) was presiding over the chamber and protested against the GOP’s move while continuing to try to move forward with Brewster’s swearing in. Republicans reacted by passing a motion to remove Fetterman from the chair, but when the lieutenant governor refused to leave, Republicans simply spoke over him and took over leadership from another part of the chamber.

“I wanted the rest of the senators with their families there, and in some cases their children there, to be sworn in,” the Democrat told the outlet.

“I was disappointed and flabbergasted that they removed the lieutenant governor,” Brewster said. “I think that is a move that went too far.”

Reflecting a nationwide trend, Republicans in the state sought to invalidate ballots that omitted a handwritten date. Brewster’s Republican challenger Nicole Ziccarelli lost by 69 votes in state-certified results. Zicarelli has argued that without 311 contested mail-in ballots, she would win by 24 votes.

Ziccarelli, meanwhile, insists she has won the race “after all legally cast ballots have been counted.”

Trump encourages conservatives, Republicans to boycott ‘woke’ companies that oppose Ga. voting law: ‘We will not become a socialist nation!’