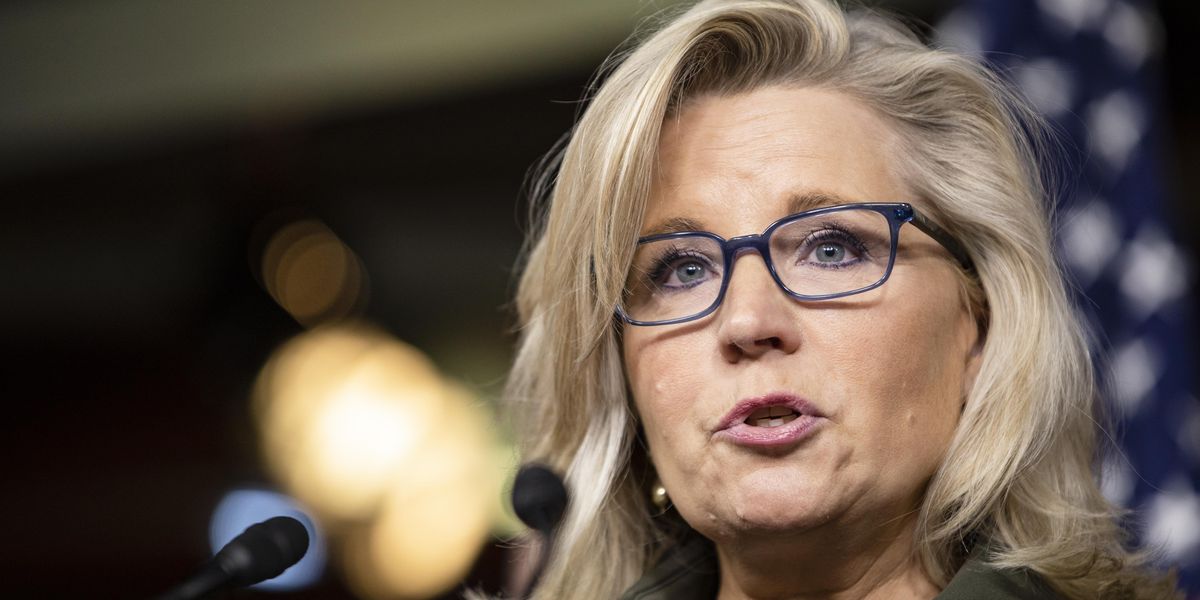 Republican Conference Chair Rep. Liz Cheney (R-Wyo.) took a stand on the House floor Tuesday night, delivering a speech wherein she refused to back down from her insistence that former President Donald Trump is a threat to the Republican Party — and the nation — over his continued claims that the 2020 election was stolen from him.

Cheney’s remarks come the night before the GOP plans to vote on booting her from leadership over her views.

The conservative congresswoman from Wyoming noted in the beginning of her speech that the topic on the floor for the evening was “cancel culture,” saying that she has “some thoughts about that,” but said her remarks would be about “freedom, and our constitutional duty.”

Cheney then told stories about people in other nations being threatened with violence for attempting to vote, and of individuals who were killed for pushing back against communist regimes.

“God has blessed America, Mr. Speaker,” Cheney said. “But our freedom only survives if we protect it; if we honor our oath — taken before God, in this chamber — to support the Constitution. If we recognize threats to freedom when they arise.

“Today, we face a threat America has never seen before,” she continued, speaking of Trump. “A former president, who provoked a violent attack on this Capitol in an effort to steal the election, has resumed his aggressive effort to convince Americans that the election was stolen from him. He risks inciting further violence.”

The Wyoming Republican added, “Millions of Americans have been misled by the former president. They have heard only his words, but not the truth as he continues to undermine our Democratic process, sowing seeds of doubt about whether democracy really works at all.”

Cheney went on to note that Trump’s own DOJ did not find evidence of widespread voter fraud in the 2020 election, before telling her colleagues: “Those who refuse to accept the rulings of our courts are at war with the Constitution.”

“The election is over…that is our constitutional process. Those who refuse t… https://t.co/I3HR5XdoLx

Although House Minority Leader Kevin McCarthy (R-Calif.) initially joined Cheney in saying Trump was responsible for the Jan. 6 attack on the Capitol by the former president’s supporters, McCarthy slated a vote for Wednesday with plans for ousting Cheney over her continued refusal to re-embrace Trump months after she voted in favor of impeaching him following the siege.

Several House members have expressed support for replacing Cheney in the No. 3 spot with Rep. Elise Stefanik (R-N.Y.), who is much more liberal in her views — but staunchly devoted to Trump.