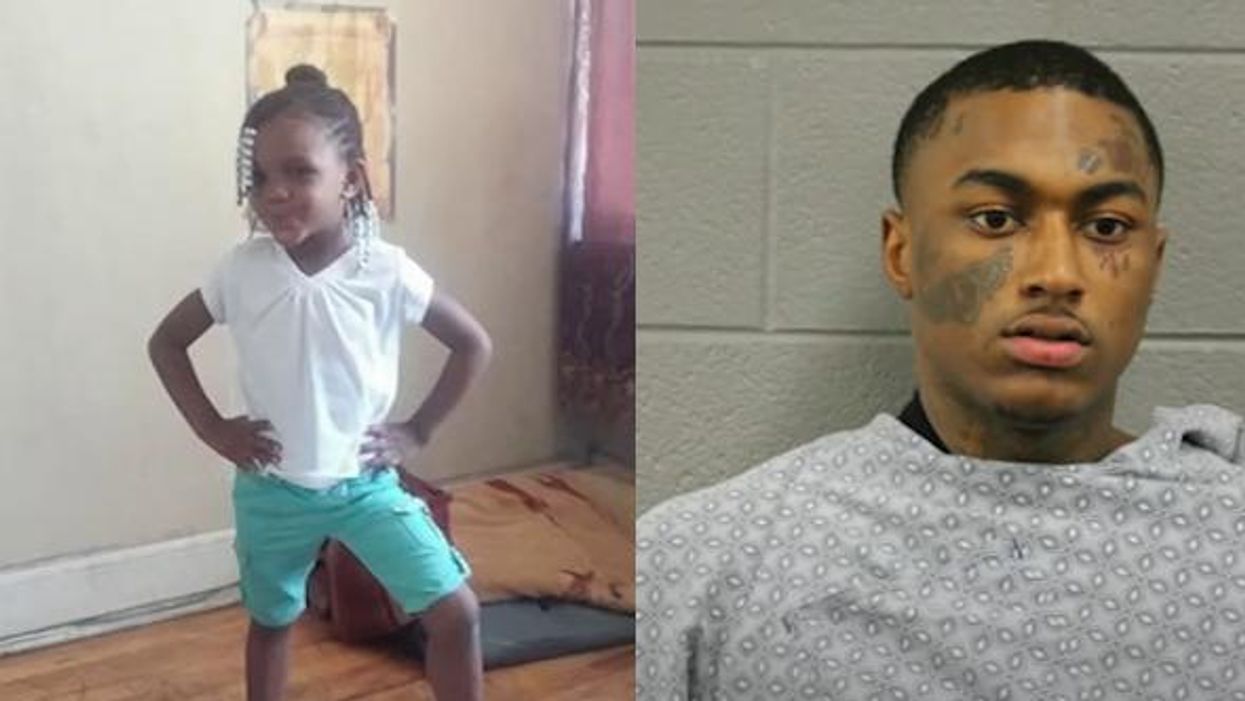 A Chicago man faces murder charges in connection with the death of 7-year-old Jaslyn Adams, who was shot and killed while in a vehicle with her father at a McDonald’s drive-thru just after 4 p.m. on April 18.

Jaslyn was with her father, Jontae Adams, at the drive-thru lane of a McDonald’s in the West Side of Chicago. The first-grader was shot six times and died of her gunshot wounds. The father was shot in the abdomen and survived the deadly shooting in the Homan Square neighborhood, a western suburb of Chicago.

This baby #JaslynAdams was shot & killed at a McDonalds drive thru today. She was 7 years old! SEVEN, and I don’t s… https://t.co/XL4zU198Ru

Marion Lewis faces 18 felony charges, including first-degree murder, attempted murder, aggravated vehicular hijacking, and aggravated discharge of a firearm. Some of the charges are from a police chase on Thursday where Lewis crashed his car and then attempted to carjack another vehicle with a family inside. Illinois State Police said Lewis fired gunshots at police before Chicago Police Department officers returned fire and struck him in the arm.

Lewis was hospitalized with non-life-threatening injuries before being taken into custody. Lewis is expected to be in court on Sunday.

CPD said they recovered two guns from that scene, including an AK-47, WLS-TV reported. “Both those weapons that were on his person that were recovered, they did test positive to the murder weapons used at the scene to kill Jaslyn,” CPD Chief of Detectives Brendan Deenihan said.

Police believe the shooting at the McDonald’s that killed the young girl was gang-related, and the investigation is ongoing.

“We are saying at this point in the investigation that he was involved in the murder of Jaslyn Adams,” Chicago police Supt. David Brown said of Lewis.

Law enforcement is still searching for other suspects in the case, but did not say how many suspects there are.

“We’re limited in what we can say because we have other offenders to bring in on this horrific crime, but I will say the hard work of Area Four detectives and collaboration not only with suburban department officers as well as our district officers and a lot of technology has got us to this point,” Brown told reporters. “But we’re not done.”

“You can run but you can’t hide,” Brown said. “We are going to bring you to justice for this crime. The Adams family deserves nothing less.”

Adams’ grandmother Lawanda McMullen said the family was “ecstatic” that Lewis was arrested, but called for anyone involved with the shooting death of the 7-year-old girl to “just turn yourself in.”

“We’re overwhelmed, happy with some relief, but not a lot because they don’t have all the suspects in custody,” McMullen said of the arrest of Lewis.

McMullen described her young granddaughter, “I rarely ever seen her sad. Bubbly is the right word, very bubbly.”

RIP: 7-year-old Jaslyn Adams was shot & killed while sitting in a car at a McDonald’s drive-thru on Sunday.

There was a vigil for Jaslyn Adams at the McDonald’s last week, which was attended by local police.

Family of 7-year-old Jaslyn Adams is joined by McDonald’s employees, police officers and other community members in… https://t.co/jlZr8jIusZ

Memorial for Jaslyn Adams… praying for our young people. God please place a shield around them. Another child gon… https://t.co/VVWp5ilSZQ

“REST IN PINK”—An apparent tribute to #JaslynAdams painted this morning across the McDonald’s where police say the… https://t.co/lHWu9uumwv

There were 16 people shot in Chicago this weekend, two of which were killed. Last weekend, 27 people were shot, three fatally in the city.

As of April 19, there have been 904 people shot in Chicago, which is 214 more than last year, according to the Chicago Tribune. At least three children have been fatally shot in Chicago this year.


Man, 18, charged in Jaslyn Adams’ murder after shot by police in I-290 chase