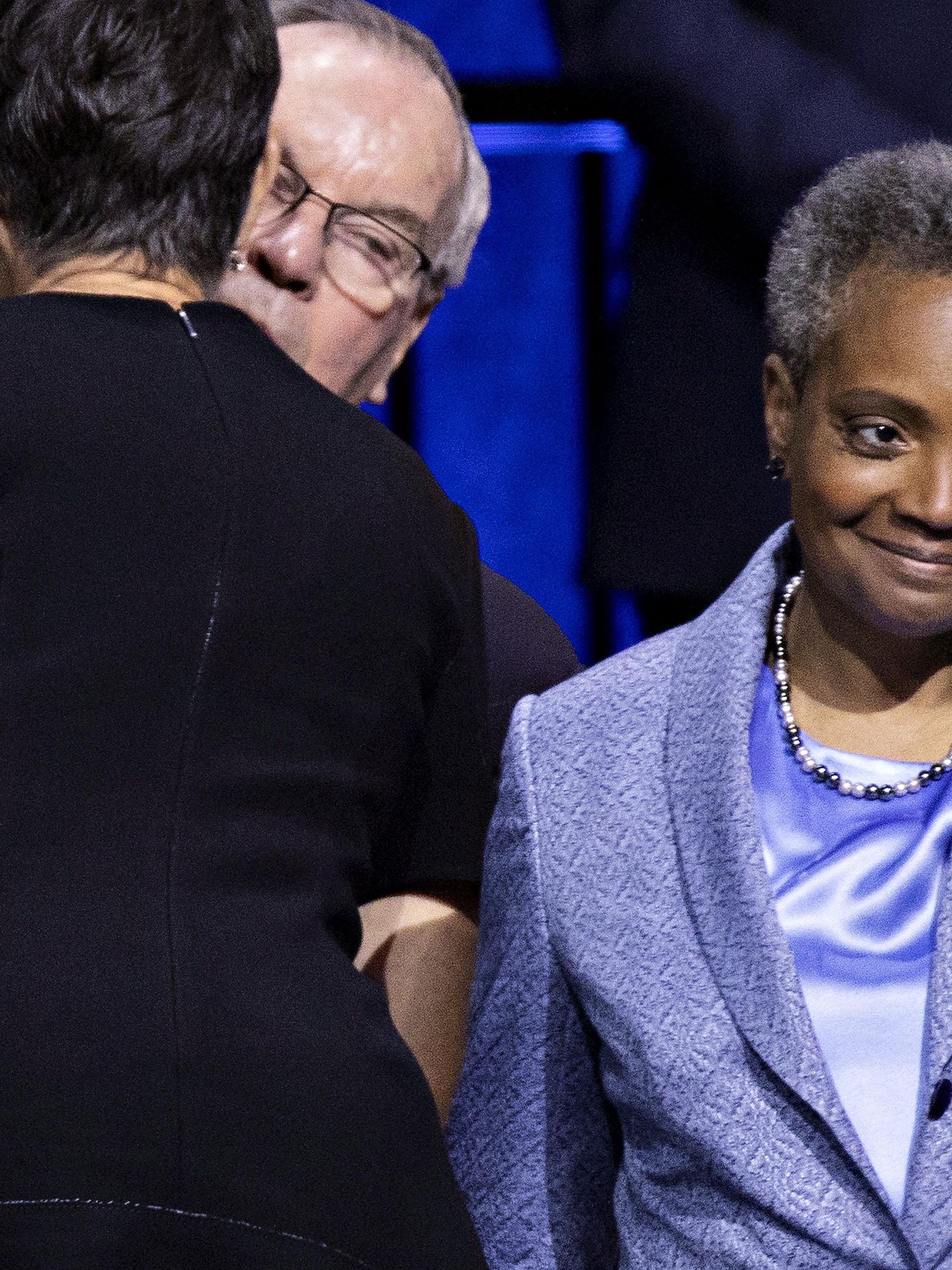 Chicago Mayor Lori Lightfoot (D) said this week that she’s
granting one-on-one interviews only to black and brown journalists in order to commemorate the two-year anniversary of her 2019 election.

Lightfoot confirmed the move on Tuesday after several members of the local media on social media accused her of refusing interviews based on reporters’ skin color.

In a two-page letter to local media, Lightfoot said that the decision pertained to honoring her two-year anniversary in office.

“By now you may have heard the news that on the occasion of the two-year anniversary of my inauguration as Mayor of this great City, I will be exclusively providing one-on-one interviews with journalists of color,” the letter began.

Lightfoot’s letter continued, “As a person of color, I have throughout my adult life done everything that I can to fight for diversity and inclusion in every institution that I have been a part of and being Mayor makes me uniquely situated to shine a spotlight on this most important issue.”

Lightfoot also said that she was “struck” from her first day on the 2018 campaign trail “by the overwhelming whiteness and maleness of Chicago media outlets, editorial boards, the political press corps, and yes, the City Hall press corps specifically.”

She also encouraged media to diversify its staff.

“Many of them are smart and hard-working, savvy and skilled,” she admitted, “but mostly white, nonetheless.”

In her letter, Lightfoot also complained that there were no female reporters of color covering city hall.

A Wednesday report from WBEZ-FM, however, pointed out that two of three WBEZ reporters covering city hall are Hispanic and South Asian women respectively.

Later in her letter, Lightfoot added that it also isn’t her “job” to police diversity in all of the areas of the city, specifically in the news media.

“[T]he truth is, it is too heavy a burden to bear, on top of all the other massive challenges our city faces in this moment, to also have to take on the labor of educating white, mostly male members of the news media about the perils and complexities of implicit bias,” she insisted. “This isn’t my job. It shouldn’t be. I don’t have time for it.”

Lightfoot also told WGN-TV
reporter Tahman Bradley, “I’m thinking in this one day when we are looking at the two-year anniversary of my inauguration, as a woman of color, as a lesbian, it’s important to me that diversity is put front in [sic] center.”

The New York Post reported that a “Lightfoot spokesperson later clarified that the protest only pertains to interviews about her anniversary in office.”

Lightfoot’s remarks received a bevy of criticism on Wednesday, with many members of the media condemning the stance, which some said was racist.

WMAQ-TV political reporter Mary Ann Ahern reported that Lightfoot’s spokesperson said that the mayor is “granting 1 on 1 interviews,” but only to “black or brown journalists.”

Paris Schutz, “Chicago Tonight” co-anchor and political correspondent for WTTW-TV, chimed in and responded that he was “told the same thing.”

George Cardenas, a city alderman, added that the decision “should be corrected.”

Later in the day, Latino reporter Gregory Pratt condemned the news on social media, where he wrote, “I am a Latino reporter @chicagotribune whose interview request was granted for today. However, I asked the mayor’s office to lift its condition on others and when they said no, we respectfully canceled.”

“Politicians don’t get to choose who covers them,” Pratt added.

On Wednesday, journalist Zaid Jilani accused Lightfoot of using “publicity stunts” such as this to detract from the idea that the Chicago mayor is an inept leader.

Jilani took to Twitter and wrote, “Lori Lightfoot presided over an enormous increase in homicides, almost all of them in African American or Latino communities, and she’s hoping these PR stunts get liberal America to give her a pass for failing to save people’s lives.”

Lori Lightfoot presided over an enormous increase in homicides, almost all of them in African American or Latino co… https://t.co/M1kpRlcipE