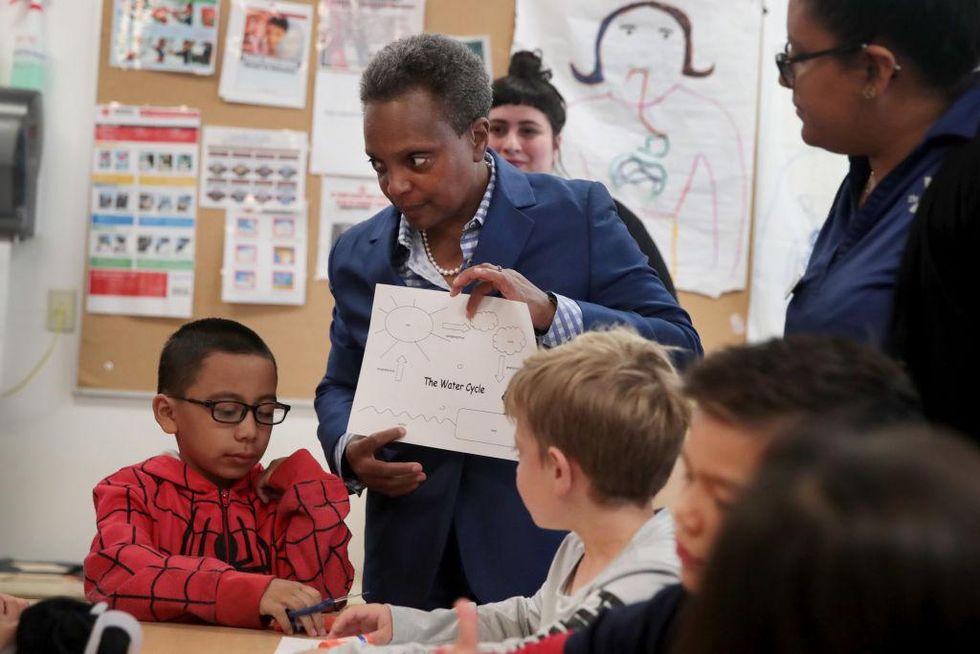 Chicago’s liberal Democratic Mayor Lori Lightfoot vented her frustration at a recalcitrant Chicago Teachers Union on Friday, saying that Chicago Public Schools has sent their “last, best and final offer” to the union, and that “My patience is up” with union leadership, who she accused of deliberately dragging their feet on a deal that would at long last return Chicago teachers to the classroom.

Of course, union officials could be forgiven for thinking that Lightfoot’s words constituted an empty threat: On Sunday, Lightfoot flatly declared that any teachers who did not report to the classroom on Monday would face discipline, only to promptly cave and allow for a 48-hour “cooling off period” for CPS and CTU negotiators to continue hammering out a compromise.

The initial results of the cooling off period were promising, as the two sides appeared to be nearing a deal on Wednesday. However, when Wednesday ended, there was still no deal in place, and no discipline followed for the absent teachers. In particular, Lightfoot appeared miffed that the CPS waited for “hours” for a proposal from CTU that never came until Thursday afternoon.

“There’s no reason we shouldn’t have gotten it done yesterday, or Tuesday, or Monday. But today is the day, my patience is up,” said Lightfoot, according to WLS-TV.

The CTU’s position, as stated in a Thursday morning release, is that their members “cannot return to in-person instruction until we have made more progress with the district on CDC-based health metrics, allowing educators with medically vulnerable family members to continue to teach remotely, and addressing real equity needs for the vast majority of our students — particularly Black and Latinx students who continue to learn remotely.”

Lightfoot stopped short of issuing another deadline or promising that classes would be open Monday, but did say that she would be making an “announcement” about in-classroom school Friday.