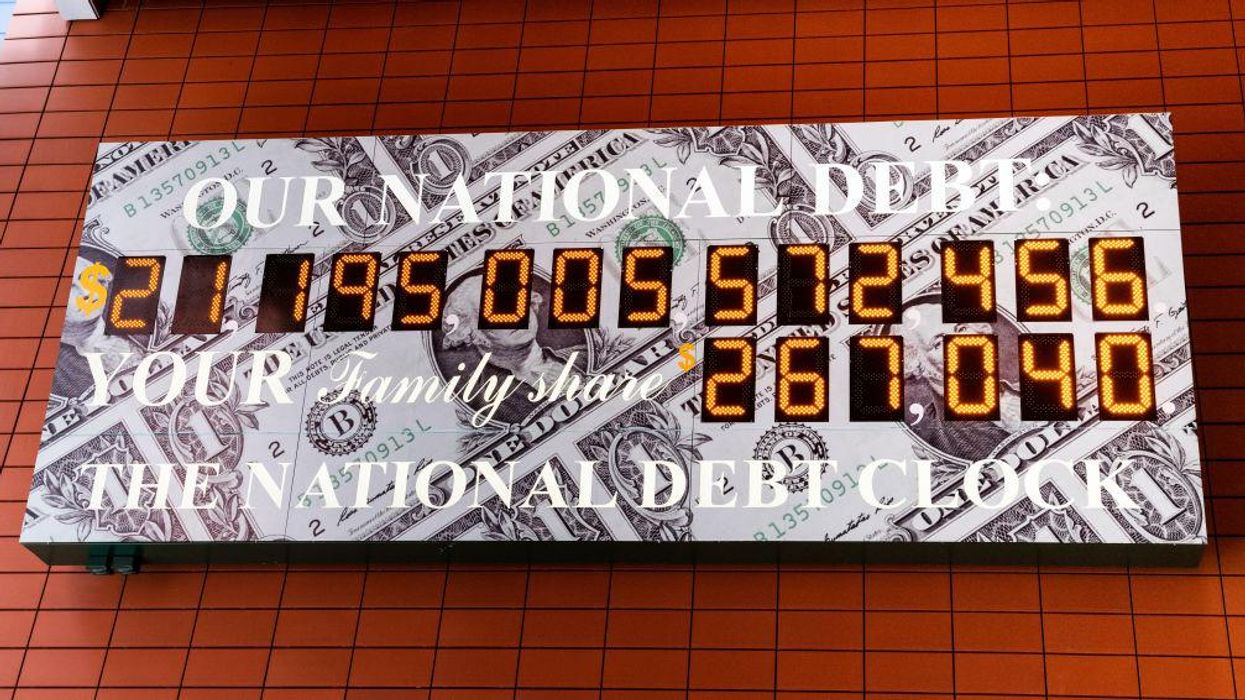 Roy’s “Know Debt” resolution would put debt clocks in the main hearing rooms of the House Committee on Appropriations and the Committee on the Budget, “in clear view of all the members.”

The resolution states, “Members of Congress should keep the gross national debt in mind when debating legislation that would affect the Nation’s fiscal situation.” It calls the national debt “the greatest threat to the national security of the United States” and notes that federal spending causes the nation to accrue “at least $100 million in debt every hour.”

“Our republic has been racing towards fiscal self-destruction for decades now, and it is time that Congress confront its ruinous behavior. Last week, we crossed the threshold of $28 trillion in total debt and are currently on track to have spent $6 trillion in pandemic ‘relief’ in less than a year,” Roy told TheBlaze. “For perspective, $6 trillion is more than the United States spent in 4 years fighting World War II and close to the total national debt when I came first came to Congress as a staffer in 2003.”

He continued: “If my colleagues and the leadership of this Congress want to continue mortgaging away our kids’ and our country’s future, having debt clocks in the House Budget and Appropriations Committee rooms is a simple way to confront them with the consequences of their recklessness every single day.”

Last week, the Congressional Budget Office projected that the national debt will eclipse 200% of gross domestic product in the next 30 years. In other words, by the year 2051, the debt owed by the United States government, which taxpayers are responsible for, will be more than twice the size of the entire value of the U.S. economy.

This current year, the federal budget deficit is estimated to be 10.3% of GDP, the second largest since 1945, during World War II. By the end of 2021, the debt is expected to be 102% of GDP, and that estimate does not take into account the $1.9 trillion coronavirus spending bill passed by the U.S. Senate over the weekend, nor proposals from congressional Democrats to pass an infrastructure bill.

Social Security, Medicare, and other mandatory spending continue to be the largest drivers of the overall debt. But the CBO expects annual budget deficits to increase as interest rates rise and the interest payments on the debt Congress must make to avoid default grow bigger each year.

As interest payments get bigger, they take up a larger portion of the federal budget, leaving less money for Congress to spend on popular programs or the military. The inevitable fact of continued spending is that Congress will be forced to raise taxes or borrow more money to pay the interest on the debt and avoid government default. Tax increases are unpopular, so it is more likely that Congress will attempt to borrow more money, which will in turn increase debt and make the interest payments even bigger.

“Debt that is high and rising as a percentage of GDP boosts federal and private borrowing costs, slows the growth of economic output, and increases interest payments abroad,” the CBO warned. “A growing debt burden could increase the risk of a fiscal crisis and higher inflation as well as undermine confidence in the U.S. dollar, making it more costly to finance public and private activity in international markets.”

Republican lawmakers have recently revived arguments against wasteful federal spending to criticize President Joe Biden’s $1.9 trillion COVID-19 spending bill, but most Republicans were silent as the federal debt exploded under President Donald Trump, despite the fact that Republicans held full control of the federal government for the first two years of his presidency.

The national debt is a bipartisan problem that for decades has lacked a bipartisan solution, with no relief in sight.

The current U.S. federal debt is $28 trillion and rising.