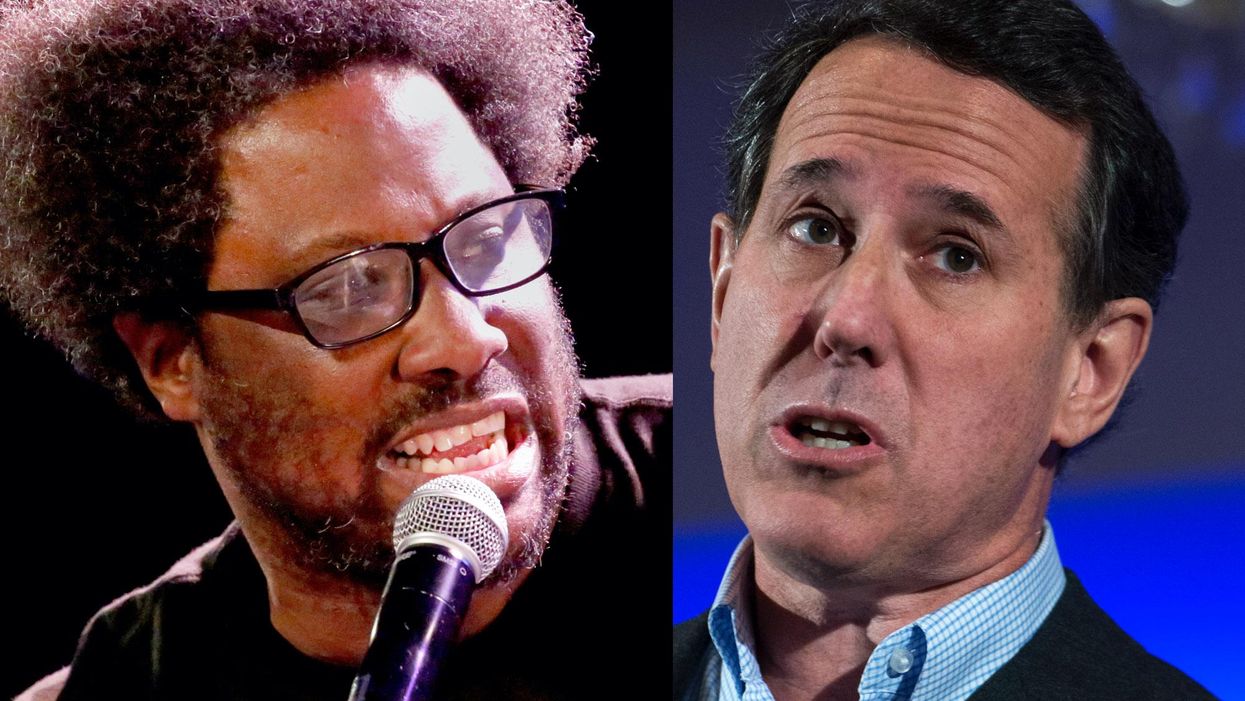 CNN host Kamau Bell lashed out at Rick Santorum for uttering the phrase “We birthed a nation,” which Bell claimed was a shaded reference to a racist silent film from more than 100 years ago.

Santorum, who is a contributor at CNN, was defending the United States in a speech for Young America’s Foundation when he mentioned the apparently offensive phrase.

“If you think of other countries like Italy, Greece and China, and Turkey and places like that, they’ve all sort of changed over time, I mean, they’ve been there for millennia, in many cases, and their culture has sort of evolved over time,” said Santorum.

Bell claimed in a tweet with the video of Santorum’s comments that he was obliquely referring to “Birth of a Nation,” a racist motion picture from 1915 that derided blacks and portrayed the Ku Klux Klan in a heroic manner.

“[email protected] -a white supremacist, white nationalist, racist, xenophobic sentient wet bag of garbage – sneaks in a mention to Birth of a Nation, a film where the KKK are’heroes’, & he yada yadas genocide of the Indigenous people of this land. & he’s a ‘reasonable Republican,'” tweeted Bell.

Bell went on in a second tweet to call on others on CNN to join his crusade against Santorum.

“Yep, we both work for @CNN. & that has never stopped me from calling him out. I look forward to all my CNN colleagues who regularly have him on doing the same. This is no ‘both sides’ to this. Mainstream media doesn’t have a Black version of this on air regularly. This is QKKK,” he tweeted.

Others criticized Santorum for downplaying the role that Native Americans had in forming the culture in the United States.

Santorum responded to some critics in a short statement to The Guardian on Monday.

“I had no intention of minimizing or in any way devaluing Native American culture,” he said.

“Birth of a Nation” is also known for being the first American motion picture to be screened at the White House. Woodrow Wilson was the president at the time, and is recorded to have said the movie was “like writing history with lightning.”