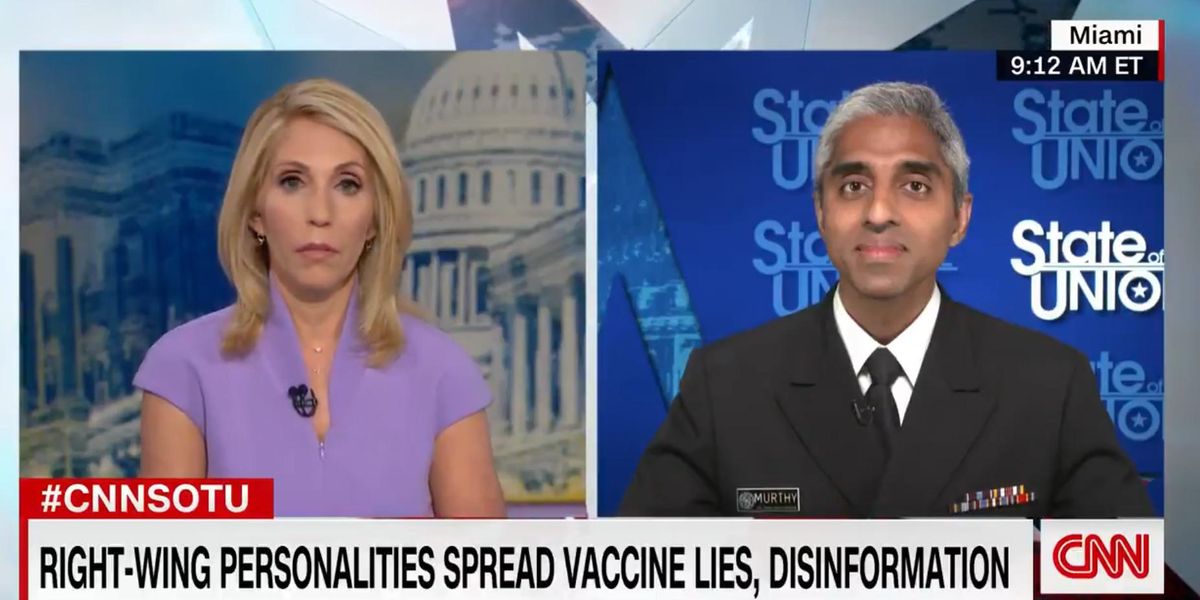 Facebook pushed back against the claims, suggesting Biden is only criticizing them because he failed to deliver on his promise that at least 70% of Americans would receive at least one COVID-19 vaccine shot by July 4. Biden, in fact, fell well short of that goal, according to CBS News.

What did Bash suggest?

While interviewing Surgeon General Vivek Murthy on CNN’s “State of the Union,” Bash widened the scope of blame. Not only should blame be laid at the feet of social media companies, but Bash suggested conservative media, like Fox News, should take blame, too.

“President Biden did accuse social media platforms of killing people. Do you think conservative media, like Fox News, are doing the same? Are they killing people, too, with rhetoric like you just heard [from Fox News hosts Tucker Carlson and Laura Ingraham]?” Bash asked.

Murphy did not directly address Bash’s question, but said that people are put “at risk” if science is not followed and accurate information is not shared.

I think all of us, including the media, including individuals, health professionals, have a responsibility to share the truth about health, as science dictates, as science informs us. And unless we do that, unless we are honest about the consequences of our communication with people, unless we are rigorous about ensuring that what we communicate is actually sourced from science, and not from an opinion, on critical issues like the vaccine, then we are going to ultimately put people at risk.

Murphy added that he worries “all of this misinformation that’s floating around is having a real cost that can be measured in lives lost.”

“They need that information to be able to make decisions to protect themselves and their families,” he added. “That’s the least we can do for them.”

“My worry is that all this misinformation that’s floating around is having a real cost that can be measured in live… https://t.co/AEwYGaqACo