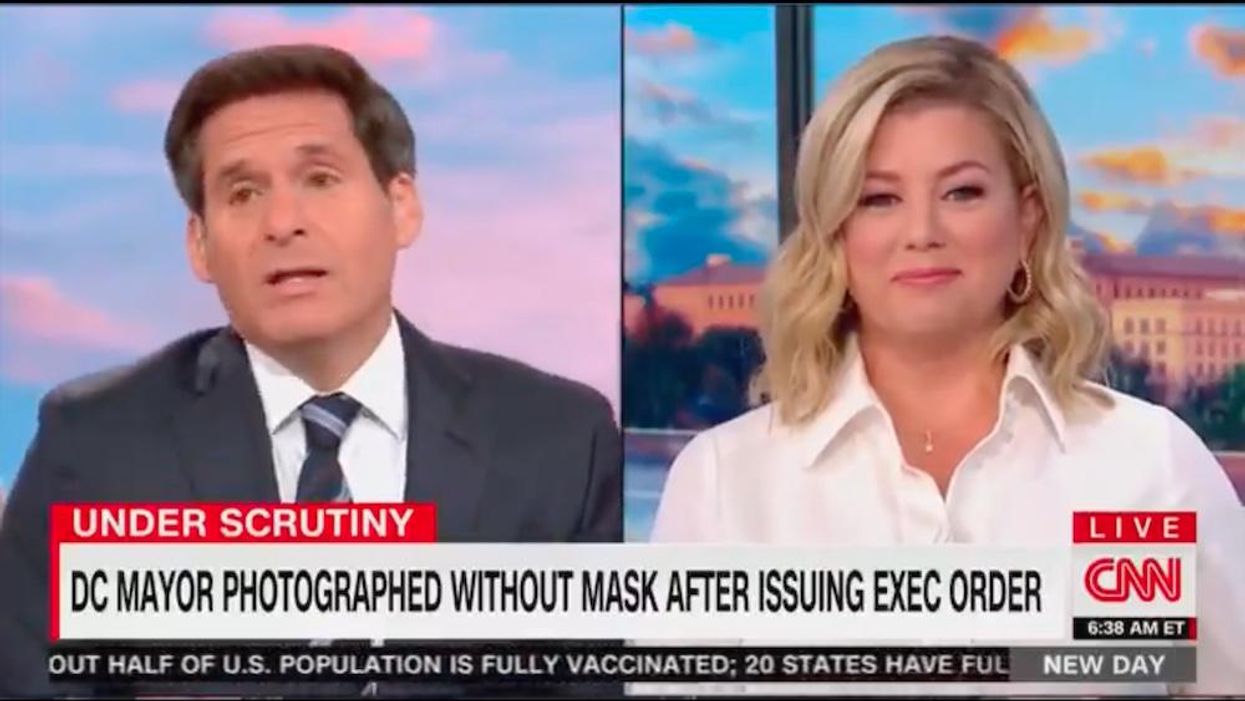 Washington, D.C., Mayor Muriel Bowser had quite a weekend of partying and merry-making as the people under her control were forced to step backward into COVID-19 rules they mistakenly believed were history.

First, Bowser declared that she would be re-imposing an indoor mask mandate upon the vaccinated citizens of the nation’s capital first thing Saturday morning — which conveniently was scheduled to start hours
after a long-planned Friday night birthday bash for the mayor.

Then, Saturday evening — the day the mayor’s mask mandate went into effect — the mayor officiated an outdoor wedding and then was
caught celebrating at an indoor reception with hundreds of unmasked guests, as reported by Washington Examiner reporter Tiana Lowe.

The mayor denied being in violation of the rules, her office said, claiming that the mayor did wear a mask indoors and was in full compliance with the mandate.

But apparently, for CNN’s morning hosts, the mayor’s defenses for her own behavior didn’t go far enough — so they
offered some of their own.

What’s all this then?

During Monday’s episode of CNN’s “New Day,” show co-hosts John Berman and Brianna Keilar went out of their way to cover for Bowser.

“She wasn’t actually, as far as we know, violating the new rules, correct?” Berman asked Keilar.

Keilar responded, “I think that that is fair say, but I think it might also be about, is she violating the spirit of it? I don’t know.”

In an attempt to explain Bowser’s clear misstep, Berman said, “It’s hard for me to remember what we’re all supposed to be angry about, because it wasn’t that long ago where we were criticizing politicians for wearing masks
still where the science was telling them, oh, they didn’t need to be.”

“We kept on asking the White House, ‘Why is Joe Biden still wearing a mask when the mask guidance has changed?'” he continued. “And now, of course, we’re saying, ‘She should be wearing a mask even though she was following the guidance.'”

Berman added that he didn’t know if she did something wrong “functionally, policy-wise” and noted that maybe she was eating or drinking — an excuse the mayor’s office did
not actually offer.

Keilar offer that maybe the mayor was maskless during the toast, which, again, was
not an excuse the mayor or her office offered.

“She wasn’t actually, as far as… https://t.co/VnnNgefkvi

The Washingtonian, a D.C.-based outlet,
attempted to undermine Lowe’s reporting for the Examiner by pointing out that Lowe wasn’t actually invited to the wedding or reception.

Interestingly, one CNN reporter, Kate Bennett, actually
did attend the wedding in question as an invited guest. But so far, she has remained silent about the entire affair.

Since they dragged @KateBennett_DC into it, maybe she can share some photos of ppl wearing masks indoors? https://t.co/07VyTRShFc

DC mayor tells all Americans to stay out of the city on Inauguration Day, calls for major increase in federal security presence