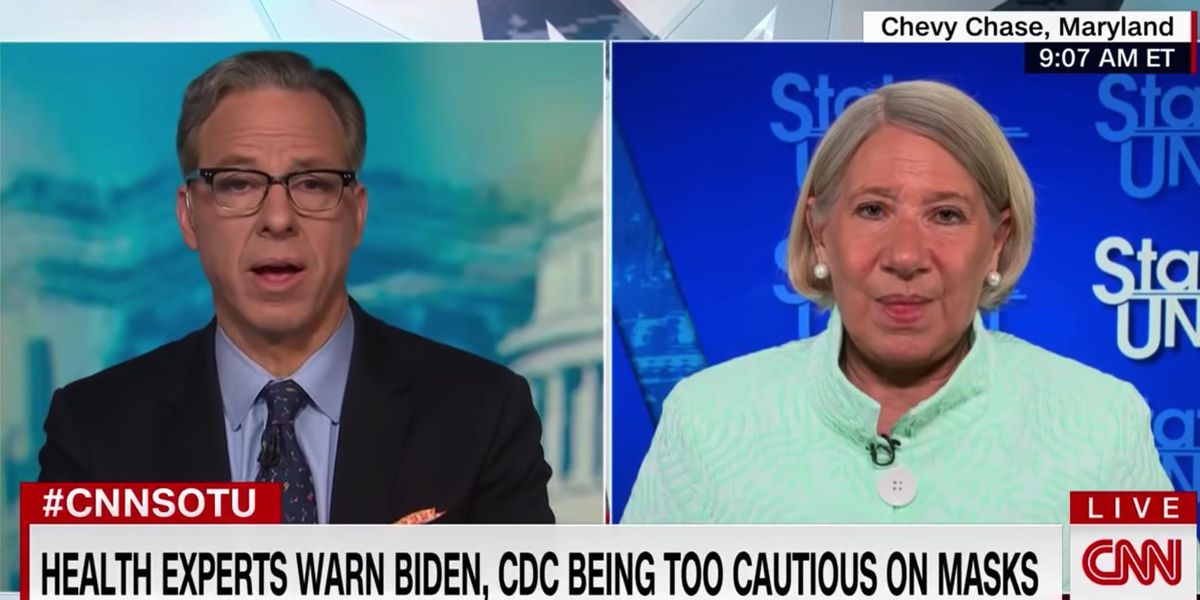 CNN anchor Jake Tapper confronted a senior adviser to President Joe Biden on Sunday over why the president continues to wear a face mask outdoors against recommendations from the Centers for Disease Control and Prevention.

This means that individuals like Biden — who received his first vaccine dose in December and his second shot in January — no longer need to wear a face covering outdoors under most circumstances. The CDC still recommends wearing one when attending “a crowded, outdoor event, like a live performance, parade, or sports event.”

What happened on CNN?

Tapper asked Anita Dunn, a senior adviser to Biden, whether Biden is sowing distrust in the efficacy of the vaccines by continuing to wear a mask outdoors against CDC advice.

“Should the president start following these guidelines and stop wearing a mask outdoors, stop wearing a mask indoors when with small groups of other vaccinated Americans, to show the American people there’s a benefit to getting the vaccine, you can take the mask off?” Tapper asked.

“We do take some extra precautions for him because he is the president of the United States,” Dunn said out of one side of her mouth, adding from the other, “But I would say that people should follow the CDC guidelines.”

Dr. Leana Wen, the former commissioner of the Baltimore City Health Department and former president of Planned Parenthood, sharply criticized Biden in a Washington Post essay last week, writing that Biden’s refusal to abide by his own CDC’s guidelines on mask-wearing sends a dangerous signal.

“Already, a very damaging narrative is taking hold: If the vaccines are so effective, then why so many precautions for the fully vaccinated? What’s the point of getting inoculated if not much changes?” Wen wrote.

“Over-correction has a price; at best, it makes public health measures seem performative rather than science-based,” Wen wrote. “At worst, it calls vaccine efficacy into question.”