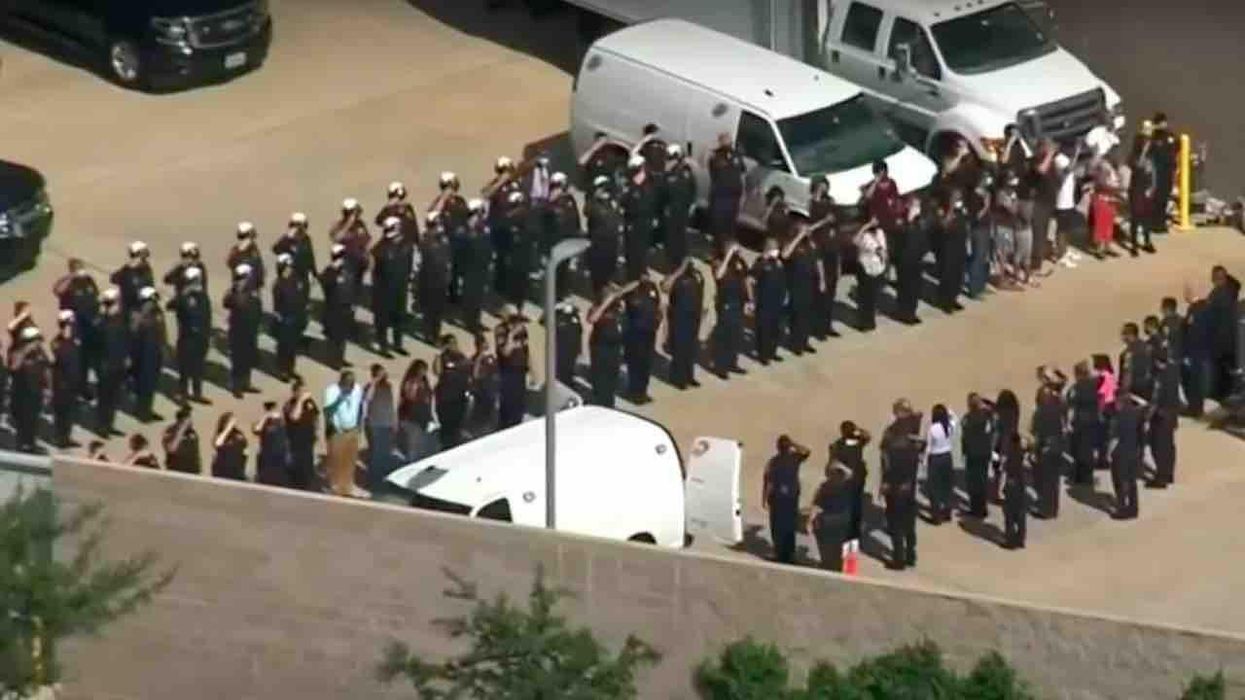 The topic on everyone’s lips for most of this week has been the teenage girl fatally shot by police in Columbus, Ohio — and the bodycam video that showed her swinging a knife at other females prior to the trigger being pulled.

While experts said the officer acted appropriately — even CNN’s Don Lemon and Chris Cuomo defended the cop, saying he likely saved lives with his quick reaction — angry leftists complained the shooting was not justified:

Cops’ life-and-death choices in another light

Which brings us to a completely different life-and-death incident involving police and a suspect with a deadly weapon — and one that shows what can happen when cops allegedly do not engage the danger before them.

KPRC-TV reported that it obtained a termination letter Thursday indicating that a Houston police officer was fired after running away from a shooting that left a sergeant at the scene dead.

The letter signed by former Houston police Chief Art Acevedo reads Officer Vanessa Taylor was being indefinitely suspended for shirking her duty during
the October 2020 shooting that killed Sgt. Harold Preston and for her handling of a domestic violence complaint that led up to the gunfire.

“While citizens run from threats to their safety, police officers are expected to engage a suspect who is using deadly force to harm citizens and other officers and to assist injured persons,” Acevedo wrote, according to KPRC.

The letter also accused Taylor of failing to aid Preston and Officer Courtney Waller, despite Waller radioed that he had been hit and that Preston was down and unresponsive, the station said.

“After Officer Taylor discovered both Officer Waller and Sergeant Preston had been shot, Officer Taylor chose to stay where she was and wait for backup instead of engaging the threat or assisting either officer,” Acevedo wrote, KPRC noted.

In addition, Taylor is accused of failing to radio information to backup officers responding to the scene and remaining on the area’s perimeter instead of helping a rescue team, the station said.

“When backup officers arrived at the scene, they quickly formed an extrication team, and rescued Sergeant Preston from the side of [the suspect’s] front door in order to provide CPR to him,” Acevedo wrote, according to KPRC. “Officer Taylor did not assist the responding officers but instead stayed on the perimeter of the scene and watched the other officers respond.”

The letter referred to the suspect as “Mr. E.M.” — and the station said the initials stand for Elmer Manzano who’s awaiting trial on capital murder, attempted capital murder, and aggravated assault charges in connection with the shooting

According to the letter, Taylor did not properly handle the domestic violence complaint at the center of the shooting incident. The letter stated that she and Waller failed to deem the victim as credible, even though her story was consistent and corroborated. That led the Harris County District Attorney’s Office to decline charges of terroristic threat against Manzano.

“Throughout the course of this incident, Officer Taylor showed a severe lack of sound judgment,” Acevedo wrote, according to the station.

Taylor is appealing her termination, KPRC reported, adding that state records show she had been with the department for five years.

The station added that Waller was suspended for 20 days and noted that sources indicated the disciplinary action was over his handling of an earlier domestic violence claim made by the complainant.