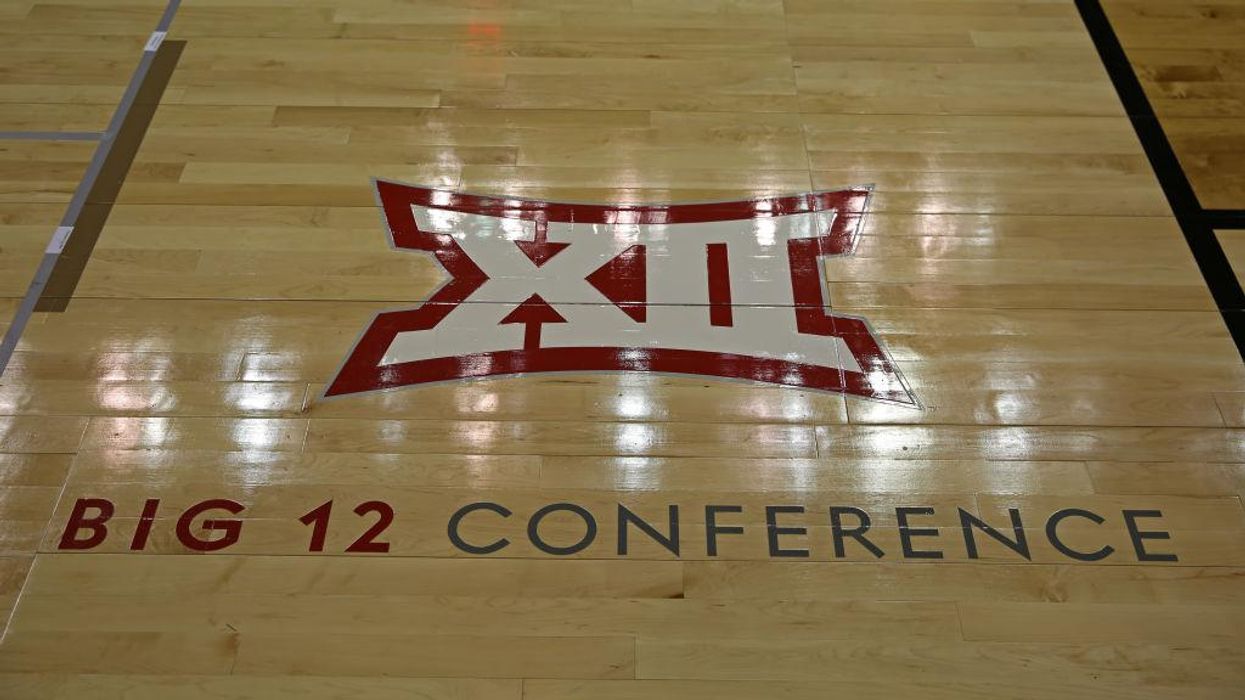 The defenders of amateurism smeared Sonny Vaccaro for years. They framed him as the ultimate scumball of college sports, a greedy con man. Today, at 81, he sits, watches, and laughs at those profiteers as the college sports world collapses beneath their decades of greed.

“It makes me happy to watch the chaos,” Vaccaro told TheBlaze. “It blew up in their face. They were so greedy that they finally hung themselves. They always knew they were wrong.

“It’s over. It’s over for them. It was worth everything.”

When you operate based on greed, you become susceptible to everyone else’s greed.

The Big 12 Conference, which lived large for decades as part of college sports’ systemic greed, went public this week with a complaint that its broadcast partner, ESPN, is trying to “destabilize” and eliminate the conference. Why would ESPN do that? To grab more money, of course. Why else?

Here’s what’s happening: A big shark is being eaten by a bigger shark.

So goodbye, Big 12. You don’t matter any more. ESPN smelled your weakness and gobbled you up. You probably won’t exist any more.

The college sports world is on fire, a self-ignited victim of its own excessive gluttony. Things are moving fast, and only the wealthiest and greediest will survive. That means ESPN and the Southeastern Conference will thrive. Surely Nike will, too, and possibly the Big Ten.

Everyone else is swimming frantically in fear for survival.

In fact, this week, college sports’ own governing body, the NCAA, was gobbled up by the SEC.

The Supreme Court recently knocked down the tenets of the NCAA’s economic engine: amateurism for athletes. As a result, the NCAA has nothing left to do. So the SEC, smelling weakness, got bluebloods Texas and Oklahoma to leave the Big 12 for the SEC. With so much money and power in one place, the SEC has taken over for the NCAA.

The NCAA and Big 12 got so big and so fat on their own greed that they’re now exploding. They are getting what they deserve.

Vaccaro might have started the money-grab by creating the shoe wars when he consulted for Nike, then Adidas. It was his idea to pay college basketball coaches big money to guarantee that their players would wear his shoes. The profiteers cast Vaccaro as dirty, until they figured out how to get the money for themselves.

He poured money into college sports.

“They didn’t have to take the money,” Vaccaro said. “I didn’t make them.”

No, he didn’t. And somewhere along the line, he became the biggest advocate for athletes, helping with lawsuits, helping them get paid or at least to get a cut of the billions of dollars the universities and NCAA made on their backs.

Vaccaro also wasn’t the one who told college presidents that they had to take money to put their football games on TV. He tapped into their greed, but didn’t create it.

Over the years, the money continued to escalate, and no one seemed to care, or notice, that it was clouding the fact that this is all part of our education system.

So what started as schools trying to get a little exposure for their football teams has turned into a TV network accused of closing down a major conference so it’ll have better content to show.

The tail is wagging the dog. The networks control the sports.

The stories are coming so fast because the college sports world is changing rapid-fire. Just this week, the stories have included the nation’s top recruit, quarterback Quinn Ewers from Texas, saying he’s considering skipping his senior year of high school and going straight to Ohio State so he can cash in on endorsements. Alabama coach Nick Saban said his quarterback, Bryce Young, is already close to landing a million dollars in endorsements. Texas and Oklahoma announced they are leaving the Big 12 for the SEC.

And on Wednesday, Big 12 commissioner Bob Bowlsby told CBSSports.com’s Dennis Dodd that he had evidence that ESPN had brokered the deal to get Texas and Oklahoma to leave the Big 12 for the SEC. Meanwhile, Bowlsby told Dodd, ESPN is trying to convince the remaining Big 12 schools to leave for the American Athletic Conference.

It’s hard to say why, exactly, but here are a few possible reasons. Texas and Oklahoma might not be able to leave for the SEC until 2025, under its contractual agreements with the Big 12.

But if the conference falls apart, then nothing would delay them.

The SEC and the College Football Playoff are ESPN’s biggest, most valuable college football properties. Adding big-name programs to the SEC only adds value to ESPN’s package.

The rumor is that the SEC is now looking at grabbing Clemson and Florida State from the Atlantic Coast Conference. The ACC is perfect prey for a bigger shark.

The Big Ten is said to be hurrying to make offers to Southern California, Colorado, Stanford, Cal, and a number of other Pac 12 schools. If that happens, goodbye Pac 12.

Meanwhile, the Big 12 is not a valuable TV property any more without Texas and Oklahoma. ESPN shares Big 12 rights with Fox Sports. If the Big 12 disappears, that would likely only save ESPN money, get it out of a worthless broadcast agreement, and also hurt Fox.

The sliminess continues. Bowlsby sent a cease-and-desist letter to ESPN, demanding that the network stop trying to destabilize the Big 12. ESPN denies doing anything of the sort.

“It all blew up in their faces,” Vaccaro said. “The only thing I feel bad about is that thousands of athletes were deprived of the money they could’ve earned. And to think of the injuries they received along the way. But I’m excited because some of these kids are going to be suing the NCAA for past damages.”

And that would make it all worth it? All those years of being smeared?