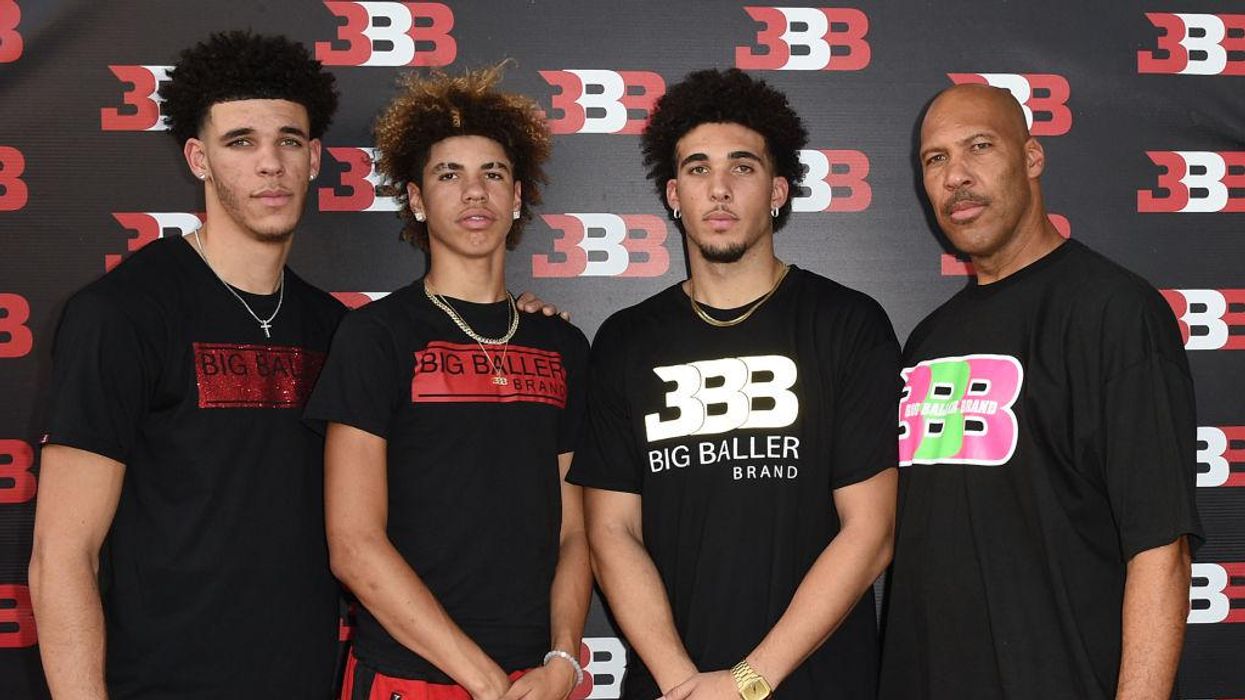 There was supposed to be a fourth B. That’s what Lavar Ball said while Tina, his wife, handed me a light blue Big Baller Brand T-shirt with three overlapping Bs — BBB. She had just ironed on the Bs over the pool table in their dining room.

The fourth B was supposed to stand for Billions, which is what Lavar said his kids, Lonzo, LaMelo and LiAngelo would be worth someday as NBA stars.

Spend an hour or so with Lavar Ball, as I had the chance to do when Lonzo was at UCLA, and you realize that you actually need a fifth B, too, for Bloviate.

But now, LaMelo, 19, is the NBA rookie of the year. LiAngelo, 22, has signed with Charlotte’s summer league team as he tries to make it. And Lonzo? He agreed Monday to a four-year, $85 million deal to play for the Chicago Bulls.

That’s not exactly a Billion. Still, Lavar has made his point. I can’t wait for the big event: The day Lavar Ball comes to Chicago.

Yes, Lavar. While the Bulls desperately needed Lonzo, 23, to get the ball to Zach LaVine or Nikola Vucevic, Lavar’s arrival in Chicago is even more exciting.

Chicago loves its bragging big mouths. There was Ozzie Guillen managing the White Sox to a World Series win, and Iron Mike Ditka screaming his way to a Bears Super Bowl. In fact, they call Chicago the Windy City not because of the weather, as most people think, but because Easterners were sick of hearing Chicagoans brag about their city.

Chicago likes big food, big buildings, big people, big airports, big voices, big braggarts. Lavar hasn’t been as open and present lately as he used to be. Chicago will be waiting for him with open ears if he wants.

I have a different opinion of Lavar than most people do. Yes, he brags too much and basks in his kids’ spotlight. He says offensive things that get people canceled.

He also is a strong father figure who has dedicated his life to his kids. There are worse things than that.

At one point the day I visited Lavar at his home, I asked about parents who force their kids into things they might not want to do. Lonzo said his dad always made it fun, and that basketball was actually what he wanted.

Tina, also a basketball player, took me aside later and said that families might like to go to the zoo or do certain things. This is what the Balls like to do. Eat breakfast, play basketball. Have lunch, play basketball. It’s a family thing, a regular family outing.

I don’t really know Lavar and only spent that one hour with him and a few more minutes when I ran into him here and there. This isn’t an endorsement of all things Lavar. He has done plenty wrong. But at least give him credit for being a loving, caring father who not only spent quality time with his kids, but — more importantly — quantity time.

The Olympics have been about Simone Biles and Naomi Osaka and talk about mental health and coping with the pressure of sports. We’ve seen parents professionalize their kids at 4 years old, steal their childhoods and start pressuring them.

The Balls have figured something out.

A few things stood out that day at the Ball’s house in California, and not just the Astroturf front yard. The back yard was L-shaped with a basketball court on one side and a pool on the other. There also was a pull-up bar coming out of the patio with the worst concrete work you’ve ever seen.

I mentioned that to Lavar, who laughed and said he made his kids do that work so they’d see what real work feels like in case they don’t make it in the NBA.

Inside the house, a stairway had been used as training grounds. You know how people put a gate up so their little kids don’t fall down the stairs? Lavar used to have them jump off the stairs and see if they could land successfully, without falling. If they did it off the first step, they’d get to try the second, then the third, and so on.

At 4 years old, Lavar said, Lonzo could jump off the eighth step.

Neighborhood kids were playing on the court in their yard — paying for Lavar’s coaching. One woman sat in her car out front, and said that her kid had bad grades and no interest in anything until Lavar and the Ball kids started to include him.

I’m not sure why Lavar has toned things down. Maybe he’s just letting his kids grow into their own? His Big Baller Brand had a scandal regarding quality control. And the league was put off by Lavar, so maybe he thought it was best to take a back seat?

Or maybe with Lonzo in New Orleans (after playing for the Los Angeles Lakers) and LaMelo in Charlotte, Lavar just didn’t feel he had a big enough media market to bloviate in.