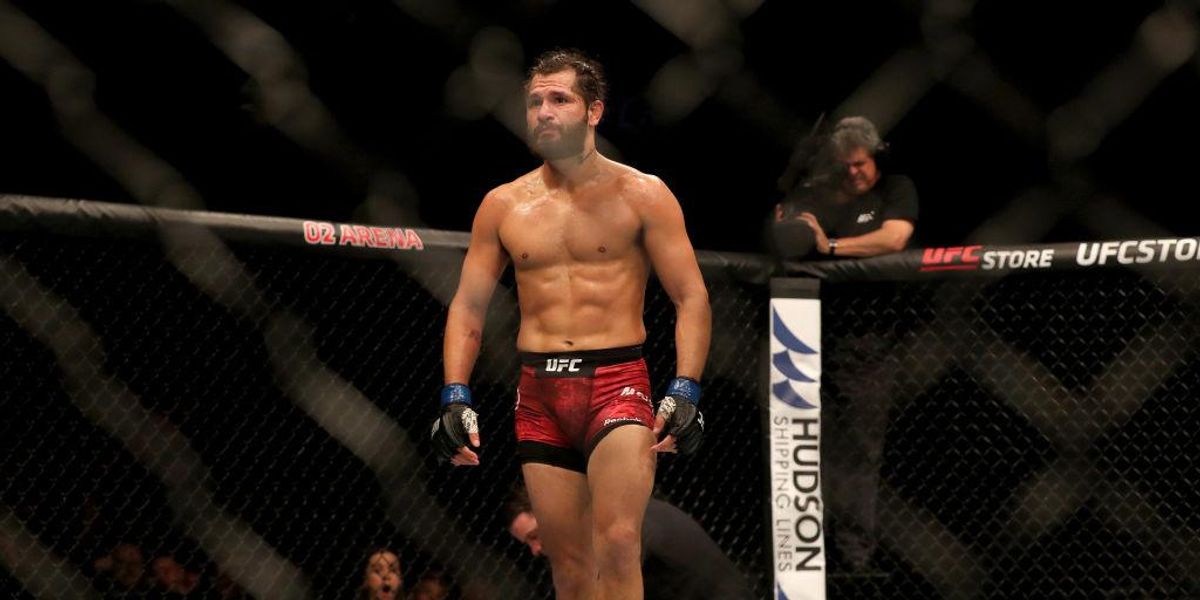 Masvidal shared a Turning Point USA post that reads: “American leftists who know nothing about real oppression & communism wear images of Castro… while Cubans living in the horrors of communism and real oppression are waving the American flag.”

The post features a 2016 photo of Kaepernick wearing a t-shirt with Fidel Castro on it countered with a picture of Cubans waving the American flag.

“Know ur history and facts cowards like this fool should be sent to live in Cuba see what they say after a day there,” Masvidal wrote on Instagram.

When asked about wearing a t-shirt with an oppressive dictator on it, Kaepernick claimed that he praised Castro for his “investment in education” and “investment in universal health care.”

“I agree with the investment in education,” the former NFL quarterback told reporters. “I also agree with the investment in free universal health care as well as the involvement in helping end apartheid in South Africa. …I would hope that everybody agrees those things are good things. And trying to push the false narrative that I was a supporter of the oppressive things that he did is just not true.”

“One thing that Fidel Castro did do is they have the highest literacy rate because they invest more in their education system than they do in their prison system,” Kaepernick continued. “Which we do not do here, even though we’re fully capable of doing that.”

Kaepernick then used the opportunity to bash the United States, “We do break up families here. That’s what mass incarceration is. That was the foundation of slavery. So our country has been based on that as well as the genocide of Native Americans.”

Kaepernick was poised to educate the US on its oppressive history, then he wore a Fidel Castro shirt. #irony https://t.co/M2KzSoNkbS

Last week, Masvidal showed his support for the people of Cuba fighting for their freedom while describing the Cuban government as a “killing machine.”

“I use my platforms to do what I feel is correct and I feel everybody should be doing which is fighting against oppression, dictatorships, communism, and anything of that nature,” Masvidal said in a Twitter video that used the popular #SOSCuba hashtag that highlights the struggles of Cubans as they fight for liberty.

“My father escaped Cuba when he was 14-years-old and I’ve only heard the horror stories since I could process thoughts of how sh**ty this communist regime – killing machine is,” Masvidal stated. “So I just want to shed some light on Cuba, big SOS signal for them.”

“This oppression has been going on for 61 years,” he added. “It’s not just because of the pandemic, not just because they ran out of medicine, they’ve been out of medicine, they’ve been out of resources and food because of the corrupt government, the extreme corruption over there where only a few at the top eat and everybody else has to suffer — those days have to come to an end.”

“So I think it’s time for the whole world to rally behind Cuba,” the UFC star said. “Let’s go, spread the messages online, we gotta protest, we gotta get together, get attention.”

“Maybe the local media channels in America won’t cover this, or in other parts of the world. But I think it’s up to us to put the word out there. It’s the people against the corrupt governments,” he concluded. “Let’s defeat these evil communist motherf***ers, man. God bless everybody watching and thank you.”

Masvidal’s father lived in Cuba under the oppressive dictatorship of Fidel Castro. At the age of 14, Jorge Masvidal Sr. decided he needed to flee Cuba, so he and two others desperate to get out of the communist country constructed a jerry-rigged raft out of tractor tires and large water jugs. However, one of the water tanks wasn’t fastened properly.

“But somebody messed up and one of the tanks of water wasn’t wrapped up right, and it just got f***ed up with saltwater, so their drinking supply was over with,” Masvidal said, adding that they were lost at sea because the trio didn’t plan properly.

On the third day at sea, a starving Masvidal Sr. hunted down a seabird, then drank its blood and ate the bird. They luckily ended up in the Virgin Islands. Masvidal Sr. was then brought to Florida, where he met Jorge’s mother, who was from Peru.