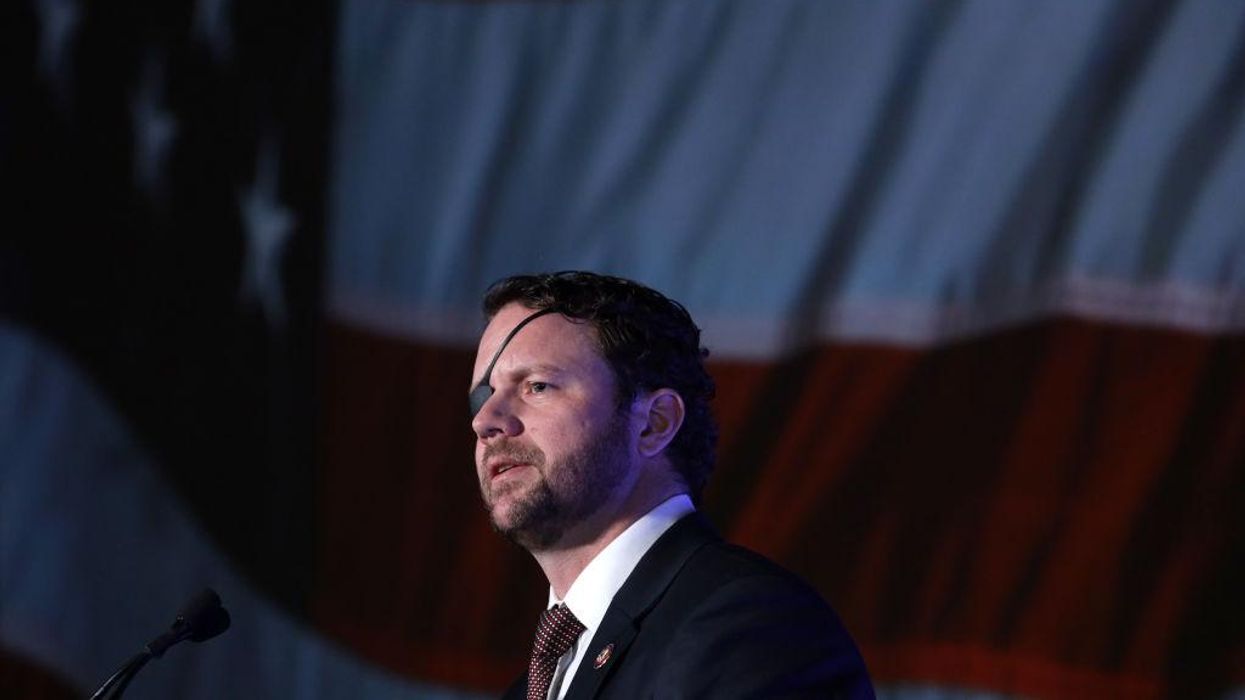 This week a flurry of mask mandates and COVID-19 guidances returned to the United States. The Centers for Disease Control and Prevention released a new guidance that recommended Americans, even those who are fully vaccinated, wear face masks indoors in areas of the U.S. experiencing “high COVID-19 transmission rates.”

Major cities and several states followed suit and enacted similar mask mandates. Rep. Dan Crenshaw (R-Texas) reacted to the new mask mandates and potential new lockdowns with a message to Americans: “No one should comply.”

Fox News White House correspondent Peter Doocy asked Jean-Pierre, “So if you’re listening to the science, if scientists come to you at some point down the line and say, ‘It is our opinion that there should be shutdowns and there should be school closures,’ you would do that?”

Jean-Pierre responded that the Biden administration would impose lockdowns if the experts recommended shutdowns.

“Well, we listen to — like I said, we listen to the CDC and the expert and their guidance. Our — you know, our — the CDC is a body that is very well respected. And we fol- — again, we follow their guidance,” Jean-Pierre stated, as reported by BizPac Review.

Crenshaw shared the admission that the Biden administration would implement lockdowns if scientists advised to do so, and captioned the tweet: “If the CDC, Biden, or any local leader recommends another lockdown, don’t comply. Businesses. Schools. Restaurants. No one should comply.”

Crenshaw made an appearance on Fox News’ “Primetime” on Thursday night, where he blasted Democrats and doubled-down on telling Americans not to comply with new lockdowns and mandates.

“Look, the vaccines are actually effective,” Crenshaw started. “I actually believe the FDA’s data on this. Not only are they effective, but the FDA still stands by their assertion and their assessment of the data that says that the vaccines here in the United States are effective against transmission including the Delta variant.”

“So the CDC is in direct confrontation with the FDA. I believe the FDA on this one,” the Republican from Texas continued. “I think they tend to be more risk averse, and so they tend to get the science a little bit more right, more often. And I think the CDC has been politicized in this case I think from pressure from the administration.

“Again, because I think the Democrats love to instill fear in the hearts of Americans. And I think Americans are really sick of this. They’re over it,” Crenshaw stated. “They’re not gonna comply, and you shouldn’t comply with any more lockdowns, with any more mandates, none of it.”

For once the stooges from Vox get my position exactly right.

Do not comply with lockdowns. https://t.co/naJT9FOlpx

This isn’t the first time that Crenshaw advised Americans to reject lockdowns. In January, Crenshaw urged businesses to defy any new lockdown orders after a spike in COVID-19 hospitalizations in the Houston area triggered a shutdown in Texas.

“Businesses should not comply. Lockdowns are not supported by law, they are unconstitutional edicts,” Crenshaw proclaimed at the time. “Law enforcement should not enforce this. Stop stealing people’s right to make a living.”

Crenshaw also railed against mask mandates this week, particularly a study that the CDC reportedly used to justify mask mandates. In a Twitter thread, Crenshaw attacked the CDC for using a study on masks from India that was “rejected in peer review.”

“Here’s the truth America: The ‘game changer’ data the CDC used for the mask mandate is from a single study from India,” Crenshaw began the Twitter thread. “The study was rejected in peer review. But CDC used it anyway.

“Even worse, the study followed healthcare workers vaccinated with a vaccine not allowed in the US,” he exclaimed.

Then Research Square changed the status to “revise” and said it was a glitch. https://t.co/y9NwTFg0LA

Does the Administration have any more data to show us?

No, according to the latest from STAT https://t.co/JZAPa2M9Qg

The new CDC guidance on mandating that masks be worn indoors, even by fully vaccinated individuals, was cited in a new order from the Capitol Police requiring face masks be worn “at all times” on the House side of the Capitol complex. The new order states that Capitol Police are to arrest House staff who refuse to comply with mask mandate, which incensed many Republican lawmakers.

Horowitz: The Biden administration is making illegal aliens a superior class over citizens

Kamala Harris and husband Doug Emhoff kiss with masks on despite being vaccinated and outside. It’s just the latest confusing mask gesture by the...