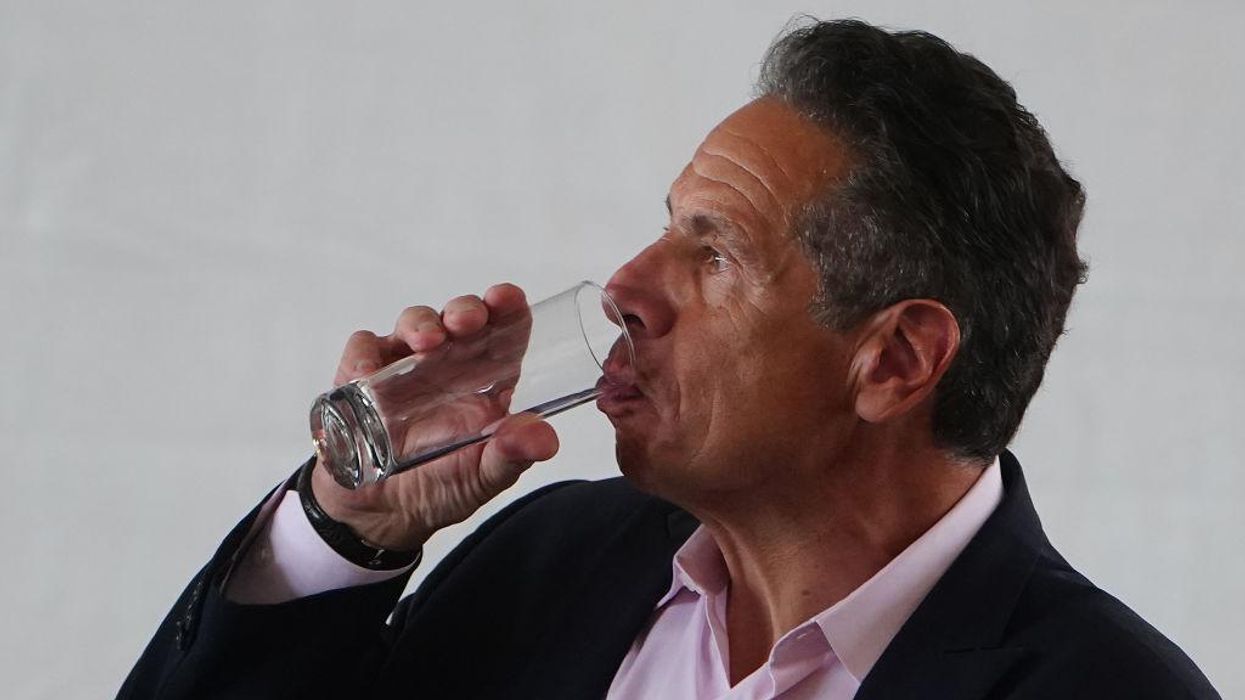 New York Gov. Andrew Cuomo (D) maintains that did not make sexual advances toward or touch anyone inappropriately, denying a report from the state attorney general’s office that concluded he violated federal and state laws by sexually harassing multiple women.

“The facts are much different than what has been portrayed,” Cuomo said in a pre-recorded video released Tuesday after Attorney General Letitia James announced the findings of the independent probe into the governor’s behavior.

Hours earlier, James held a news conference announcing the findings of an independent investigation tasked with reviewing claims by multiple women that Cuomo made inappropriate sexual comments toward them or touched them in a sexual manner without their consent.

“The independent investigation has concluded that Governor Andrew Cuomo sexually harassed multiple women and in doing so violated federal and state law,” the attorney general said. “Specifically, the investigation found that Governor Andrew Cuomo sexually harassed current and former New York State employees by engaging in unwelcome and nonconsensual touching and making numerous offensive comments of a suggestive and sexual nature that created a hostile work environment for women.”

A 165-page report published by the attorney general’s office stated that Cuomo created an office environment “filled with fear and intimidation” and that he had threatened at least one of the women who had publicly complained about his behavior. Several of the witnesses interviewed by investigators were hesitant to provide negative information about the governor for fear of “harm and retribution,” acknowledging that Cuomo is known to have a “vindictive” nature.

The report detailed the allegations against Cuomo made by numerous women. Former Cuomo aide Charlotte Bennett alleges that during conversations she had with the governor in 2020, Cuomo asked her a series of inappropriate questions she interpreted as sexual advances. Bennett, who had told Cuomo she was a survivor of sexual assault, says the governor asked her about her dating life, whether she had been with older men, and if she was monogamous. She alleges that Cuomo also told her he’d be willing to date someone who was as young as 22 (he knew she was 25 at the time) and during the pandemic told her he was “lonely” and “wanted to be touched.”

Responding to the allegations, Cuomo apologized to Bennett for making her feel uncomfortable and claimed that he was trying to help her recover from the trauma of sexual assault with his questions.

“I did ask her how she was doing and how she was feeling. And I did ask questions to try to see if she had positive support of dating relationships,” Cuomo said.

He claimed that a family member close to Bennett’s age is also a sexual assault survivor and that he thought his personal experience with this person’s trauma would enable him to comfort Bennett.

“I was trying to make sure she was working her way through it the best she could,” the governor said.

“I have heard Charlotte and her lawyer and I understand what they are saying. But they read into comments that I made and draw inferences that I never meant. They ascribe motives I never had. And, simply put, they heard things that I just didn’t say,” he asserted.

“I was trying to help, obviously I didn’t.”

Cuomo also responded directly to an anonymous accuser who says he reached under her blouse and groped her breast in the Executive Mansion in November 2020. This accuser alleged that Cuomo engaged in a pattern of inappropriate conduct that included close and intimate hugs, kisses on the cheeks, forehead, and at least once on the lips, touching her butt during hugs, and inappropriate comments about her personal life and relationships.

“Let me be clear. That never happened,” Cuomo said. “She wants anonymity, and I respect that, so I am limited by what I can say. But her lawyer has suggested that she will file a legal claim for damages. That will be decided in a court of law. Trial by newspaper or biased reviews are not the way to find the facts in this matter. I welcome the opportunity for a full and fair review before a judge and a jury because this just did not happen.”

Regarding other accusations of inappropriate or nonconsensual touching, Cuomo attributed his behavior to his Italian heritage, “generational” and “cultural” differences that he learned from “my mother and from my father.” His video includes a montage of him hugging and kissing people of all ages and sexes, which he used to insist that he treats everyone like so and did not intend to sexually harass anybody.

“I now understand that there are generational or cultural perspectives that, frankly, I hadn’t fully appreciated,” he said.

Attorney General James described Cuomo’s office as a “toxic workplace” for women. Responding, Cuomo acknowledged that his office is “a demanding place to work.” But then he said complaints filed against female managers in his office smacked “of a double standard,” indicating these complaints were “sexist.”

Cuomo concluded the video by chastising his political opponents for purportedly using the numerous, credible sexual harassment allegations against him to “score political points.”

“At the end of the day we get good things done for people and that is what really matters,” the governor said. “And for those who are using this moment to score political points or seek publicity or personal gain, I say they actually discredit the legitimate sexual harassment victims.”

Despite Cuomo’s protestations of innocence, various Democratic officials in the state of New York renewed calls for him to resign, though the governor has shown no inclination towards doing so.

“Andrew Cuomo committed sexual assault and sexual harassment, and intimidated a whistleblower. It is disqualifying. It is beyond clear that Andrew Cuomo is not fit to hold office and can no longer serve as Governor. He must resign, and if he continues to resist and attack the investigators who did their jobs, he should be impeached immediately,” New York City Mayor Bill de Blasio, who has often feuded with the governor, said.

“The New York State Attorney General has conducted an independent, thorough and professional investigation that found the Governor violated state and federal law, had a pattern of sexually harassing current and former employees, retaliated against at least one of the accusers and created a hostile work environment,” the senators said.

“No elected official is above the law. The people of New York deserve better leadership in the governor’s office. We continue to believe that the Governor should resign.”

Assemblyman Ron Kim, a Democratic state lawmaker who has led calls for impeaching Cuomo over his mishandling of the COVID-19 pandemic in nursing homes, said the attorney general’s report shows the governor is “wholly unfit to serve and must be removed from office immediately.”

Kim claimed in February that Cuomo had attempted to intimidate and bully him for criticizing how the governor underreported COVID-19 deaths in nursing homes.

“Today’s report from Attorney General Letitia James confirms what we have long suspected: Governor Cuomo used his office to sexually assault, harass, intimidate, and humiliate his employees. He is wholly unfit to serve and must be removed from office immediately. There is no measure left to hide this truth: the governor broke the law so we must hold him accountable,” Kim said.

“We must return to session immediately and begin the impeachment proceedings.”

Rand Paul turns the tables on Chuck Schumer, demands his impeachment by applying standard Dems use against Trump