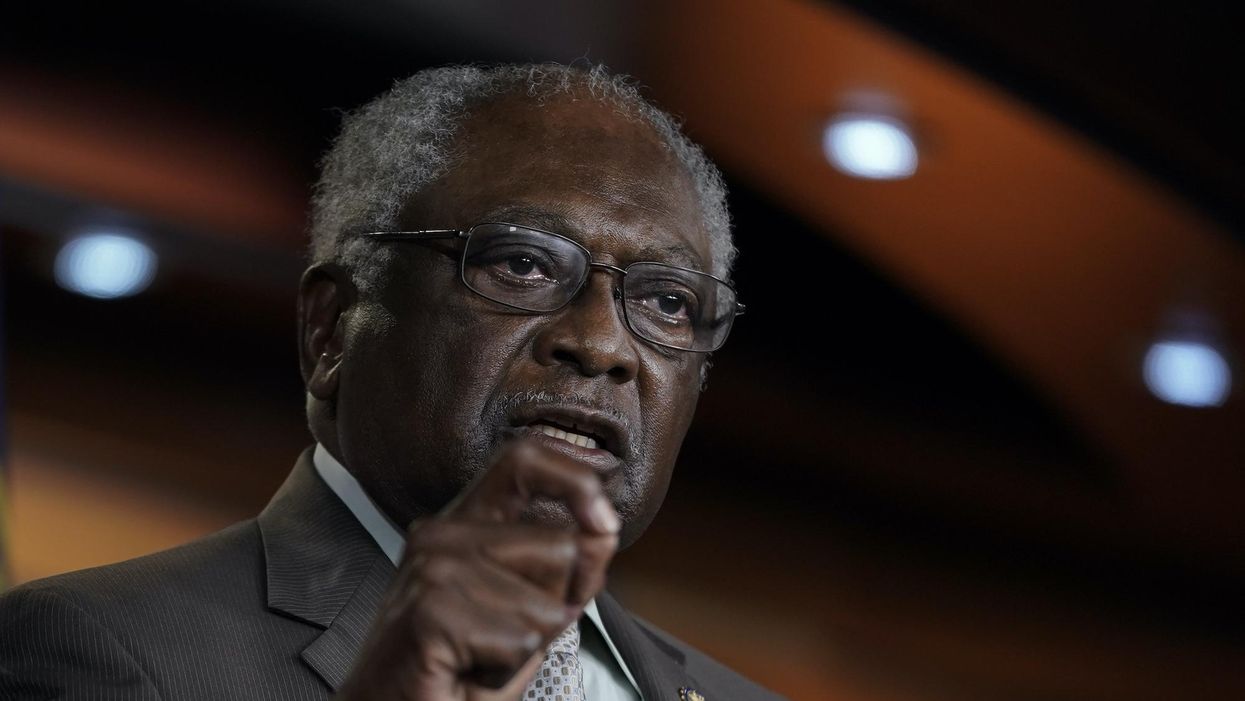 A top House Democrat leader lambasted an MSNBC host for accusing him of scapegoating the “defund the police” movement and added that it was a “chokehold” around the Democratic Party.

Democratic House Majority Whip James Clyburn of South Carolina responded angrily to MSNBC host Mehdi Hasan, who pressed him Thursday on complaints from the progressive wing of his party.

Hasan cited a focus group study that found that many swing voters found the Republican campaigns against “defund the police” to be unpersuasive.

“Is the whole attention on ‘defund the police’ really a deflection by the party leadership from your own failures? That’s what your critics on the left would say,” Hasan asked.

“That is absolutely poppycock!” responded Clyburn.

“I know what I’m talking about! I’m out here with the voters every day! I did a town hall meeting last night, in Jasper County, South Carolina, and I can tell you, ‘defund the police’ is a non-starter! Even with black people!” he continued.

“And if you don’t think that’s true, then look at the results of what just happened in New York City’s election!” Clyburn added, referring to the winner of the Democratic mayoral primary election.

“The proof is in the pudding!” he said. “I know what I’m talking about, I talk to people every day, and ‘defund the police’ is a chokehold around the Democratic Party!”

Clyburn went on to say that he was on the left of his party and had been progressive all of his life. Hasan accused him of taking up Republican talking points against Democrats, but he did not back down.

“I said it because it’s real. It’s a real problem. You should stop sloganeering,” Clyburn said.

The battle on MSNBC was the latest skirmish in a war within the Democratic Party between the far-left progressives who want to steer the party’s messaging to more extreme positions, and the moderate centrists who are resisting them.

The “defunding of police” departments has been so unpopular that the White House has attempted unsuccessfully to accuse Republicans of defunding police.

Here’s the fiery debate between Clyburn and Hasan:


Jim Clyburn: “Defund The Police” Has “Chokehold” On Democrats | The Mehdi Hasan Show