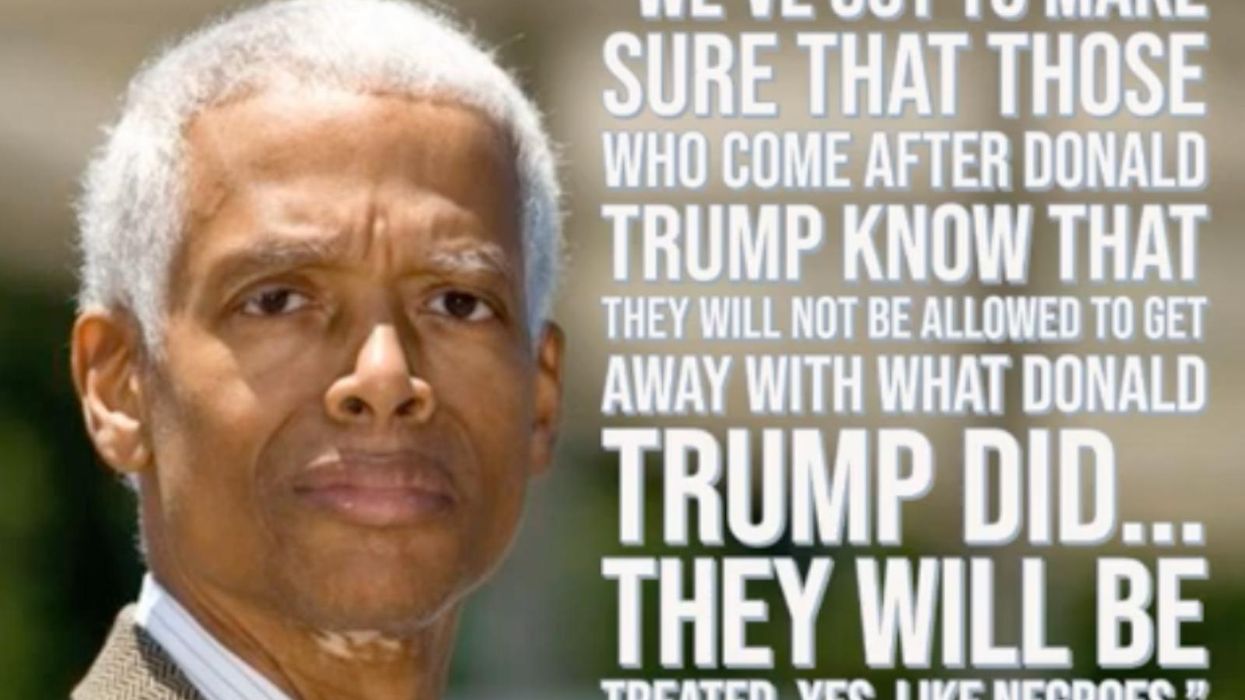 Rep. Hank Johnson (D-Ga.) said he believes that President Donald Trump and Republican lawmakers supporting his bid to dispute the results of the 2020 presidential election should be treated like “negroes” have been treated by the criminal justice system in the United States.

Those lawmakers, according to Johnson, include Republican Sens. Ted Cruz (Texas) and Josh Hawley (Mo).

He also said that the Democratic Party ought not turn the other cheek to the perceived misdeeds of President Donald Trump and the Republican Party at large.

What is he talking about?

According to a Tuesday report from
Mediaite, Johnson made the inflammatory race-related remarks Monday on SiriusXM’s “The Dean Obeidallah Show.”

Obeidallah told Johnson that he believed it would be “detrimental to our party” that for the sake of unity, the Biden administration simply said, “‘Trump did some bad things, but look forward.'”

“It would be so destructive to our party if that is the way we go,” he added.

The Georgia Democrat added that conservative Republican lawmakers will be certain to quickly learn that they “will not be allowed to get away with what Donald Trump did.”

“We have got to make sure that those who come after Donald Trump know that they will not be allowed to get away with what Donald Trump did, that they will be held accountable,” he insisted. “They will be treated, yes, like ‘negroes’ — they will be perp-walked to the jail, handcuffed not in front of them, but behind them. They will be booked, fingerprinted, have to make bond, and have to hire a lawyer just like everyone else and go through the system.”

“[F]or once it needs to turn its attention to what this man has done to turn our country into something that we just don’t need to let it get to,” he explained. “He can’t be allowed to get away with it because if we allow him to get away with it, there will be others who will try to do the same thing, and we don’t even want them to think about doing what Trump has done.”

What’s a brief history on his remarks?

Johnson’s remarks come on the heels of introducing a resolution to censure Trump over his call with Georgia Secretary of State Brad Raffensperger.

The president in recent days has come under fire for a recently published phone call with Raffensperger.

In the measure, Johnson has called on Trump to “retract and disavow this unlawful and unconstitutional behavior” and to recognize President-elect Joe Biden as winner of the 2020 presidential election.

“President Trump’s actions and statements on this call demonstrate an attempt to willfully deprive the citizens of Georgia of a fair and impartial election process in direct contravention of both federal law and the laws of the state of Georgia,” Johnson’s resolution added.


Rep Hank Johnson: Trump must be held accountable to deter other Republicans from ever trying same