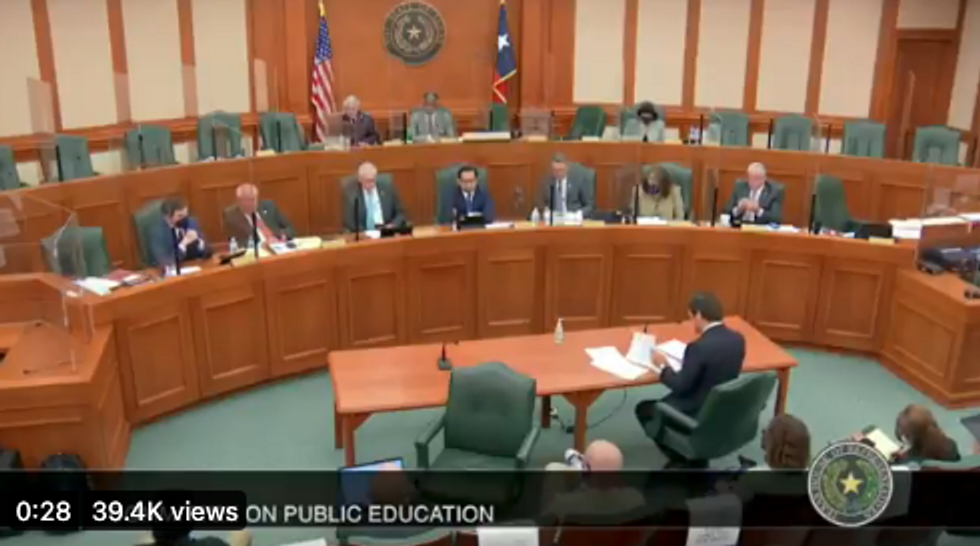 “In fact, there are six,” said Texas state Rep. James Talarico, a former English teacher who holds a master’s degree in education policy from Harvard University.

Talarico made the stunning remarks during a committee hearing on Texas House Bill 4042, a measure which aims to ban transgender athletes from competing in girls’ K-12 sports, the Washington Times reported.

Before the public testimony at the hearing, Talarico reportedly attempted to correct the bill’s sponsor, Republican state Rep. Cole Hefner, on the number of biological sexes assumed in the legislation’s text.

“The bill seems to think there are two,” he said. “The one thing I want us to all be aware of recognize is that modern science obviously recognizes that there are many more than two biological sexes. In fact, there are six, which honestly, Rep. Hefner, surprised me, too.”

He then reportedly went on to educate his fellow committee members on the “six really common biological sexes,” explaining there are not only XX (female) and XY (male), but also single X, XXY, XYY, and XXXY.

Later in the hearing, Save Women’s Sports President Beth Stelzer, who was present to testify in defense of the bill, passionately rebutted Talarico’s claims.

She reportedly cited several scientific studies proving that “the male advantage is immutable and that there are in fact two sexes they’re dimorphic, XX/XY.

“The other quote ‘sexes’ mentioned are disorders of sexual development that are variants of XX or XY chromosome,” she said. “They are still disorders of male or female.”

“If it wasn’t recorded, you wouldn’t believe us,” wrote the nonprofit organization in a Twitter post that included video of the exchange. Save Women’s Sports was founded to protect women’s sports from unfair male participation.

Amazingly, during his remarks, Talarico even acknowledged that he is “not well versed in this issue area,” joking, “I’m not a scientist, I’m a politician, [which is] a lot worse than a scientist.”

The National Institutes of Health reports that “sex chromosome variations” are “not inherited and occur due to a random error during the formation of reproductive cells (eggs and sperm) in a parent.”