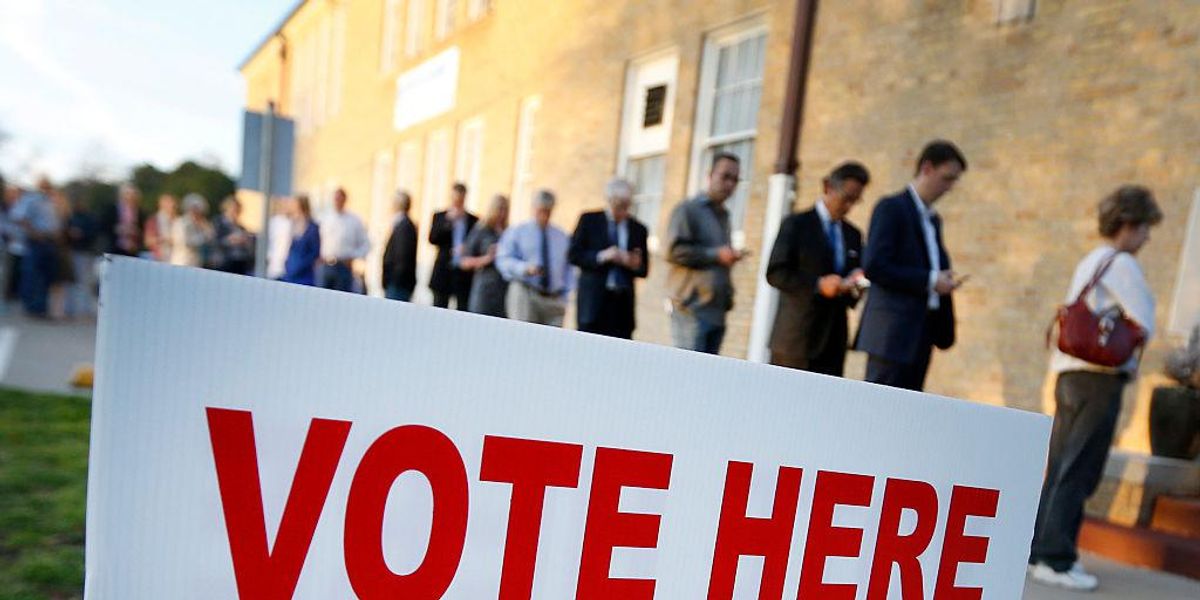 Democrats have been locked out of the special election for Texas’ 6th Congressional District after Republican candidates Susan Wright and state Rep. Jake Ellzey were the top two vote-earners in Saturday’s jungle primary.

There were 23 candidates running to succeed the late Rep. Ron Wright (R-Texas), who passed away at 67 in February after contracting COVID-19. Of the 11 Republicans, 10 Democrats, one Libertarian, and lone independent in the race, only the two candidates with the most votes could advance to a runoff election.

Earning the most votes was Susan Wright, Ron Wight’s widow and a longtime conservative activist who was endorsed by former President Donald Trump and won 19.2% of the vote. Coming in second place was Ellzey, who received 13.8% of the vote. Finishing third was Democrat Jana Lynne Sanchez, who fell 355 votes short of qualifying for the runoff election, crushing the hopes of national Democrats who believed they could flip the seat and expand their narrow majority in the House.

Since no Democrat qualified for the runoff election, yet to be scheduled, the 6th Congressional District will remain in GOP hands for the remainder of the 117th Congress.

It’s a bitter defeat for Democrats considering that the district has become more competitive in recent election cycles since 2012. Republican presidential nominee Mitt Romney won the district 58-41 and then-Rep. Joe Barton (R) won 58-39 that year. In 2016, Donald Trump won the district 54-42, and in 2020 Trump’s share of the vote fell to 51-48. Still, though the late Rep. Ron Wright was targeted for defeat by Democrats in 2020, he won re-election by nine points.

Most of the Republicans running to succeed Wright campaigned on a pro-Trump platform with the notable exception of Michael Wood. Wood, a combat veteran and small business owner, ran on an explicitly anti-Trump message and was supported by Trump critics like Reps. Adam Kinzinger (R-Ill.) and Liz Cheney (R-Wyo.).

“I don’t want to go to Congress if I have to lick Donald Trump’s boots to get there,” he told the Associated Press in an interview.

He will not go to Congress. Wood earned a measly 3.2% of the vote in Saturday’s primary, finishing in the middle of the pack but well below the expectations he set by estimating that moderate Trump-critical Republicans make up as much as 35% of the GOP voter base.

Heading into the runoff, Ellzey has the most money, but Wright has the coveted Trump endorsement and the most institutional support from the state Republican Party.