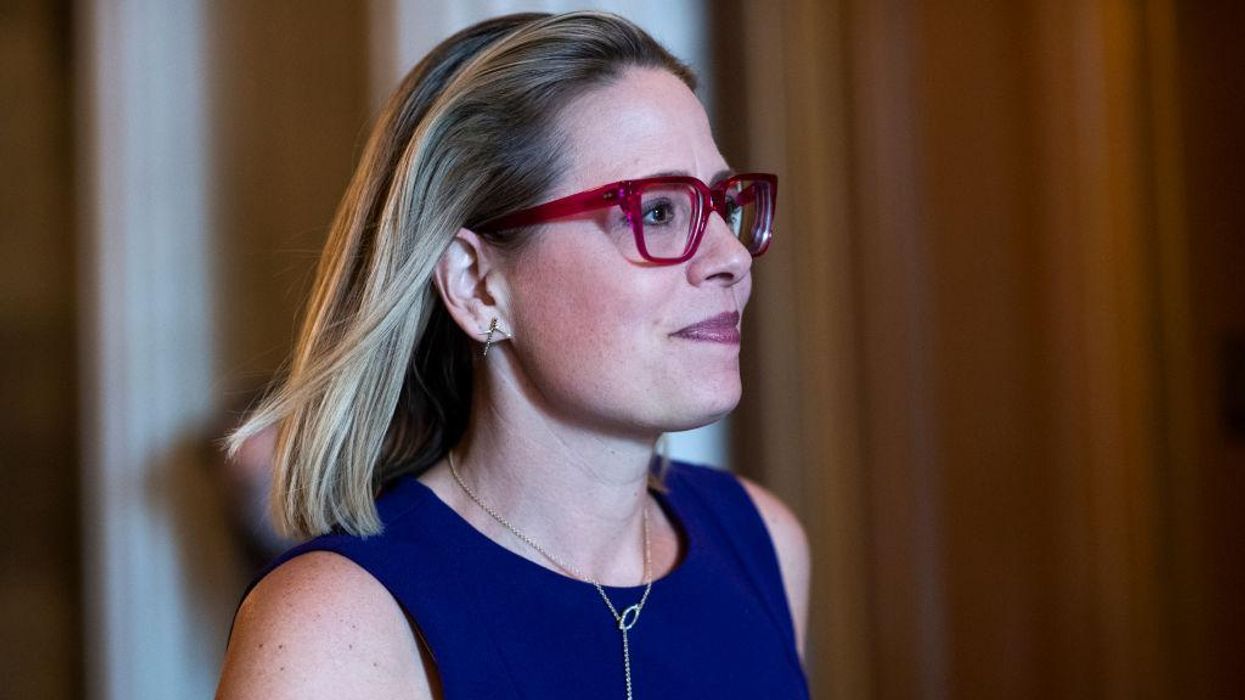 Democratic activist Lauren Windsor on Friday posted a video of Rep. Andy Biggs (R-Ariz.) telling a group of conservatives that the Senate filibuster is preventing President Joe Biden from accomplishing the most radical parts of his progressive agenda. In the video, he credits Sens. Kyrsten Sinema (D-Ariz.) and Joe Manchin (D-W.Va.) with preserving the filibuster.

“The reality is they’re pushing as far as they can,” Biggs said of the Democrats. “Fortunately for us, the filibuster is still in effect in the Senate. Without that we would be dead meat.”

“Thank goodness for Sinema and Joe Manchin,” he added, praising the two Democrats in the Senate who have consistently opposed calls from progressive activists to abolish the filibuster.

Another Republican who speaks in the video, Rep. Bryon Donalds (R-Fla.), urged the conservative audience to call Manchin and Sinema’s offices in Washington, D.C., to thank them for standing firm.

“All of you in this room, people at home on Zoom, let me tell you right now, if you want to do one thing to keep the republic afloat, call Joe Manchin’s office, call Kyrsten Sinema’s office,” Donalds said.

The 60-vote majority required to overcome a filibuster in the Senate has acted as a significant obstacle to Biden’s agenda. The most popular legislation among the progressive left on issues such as election reform, the climate, and so-called “human” infrastructure like free college tuition, government-funded child care, and a national paid leave program, has all been defeated by filibuster threats from the Republican minority.

Democratic activists and pundits have over the course of several months expressed their fury with Manchin and Sinema, and many such critics seized on the leaked video to shame the moderate senators.

MSNBC host Joy Reid echoed Dworkin’s sentiments, asking if Manchin and Sinema are “content to play this role in the fall of our democracy.”

Are @JoeManchinWV and @SenatorSinema content to play this role in the fall of our democracy??? https://t.co/TQfZ2Q9qnQ

“I sure hope @SenatorSinema and @Sen_JoeManchin watch this video and reconsider their positions on the filibuster for civil rights bills,” added Grant Stern, the executive editor of Occupy Democrats.

“Wow, when the GOP are using you for stooges and laughing behind your backs @SenatorSinema and @Sen_JoeManchin , it might be time to join your own party,” Tennessee State Rep. Gloria Johnson said.