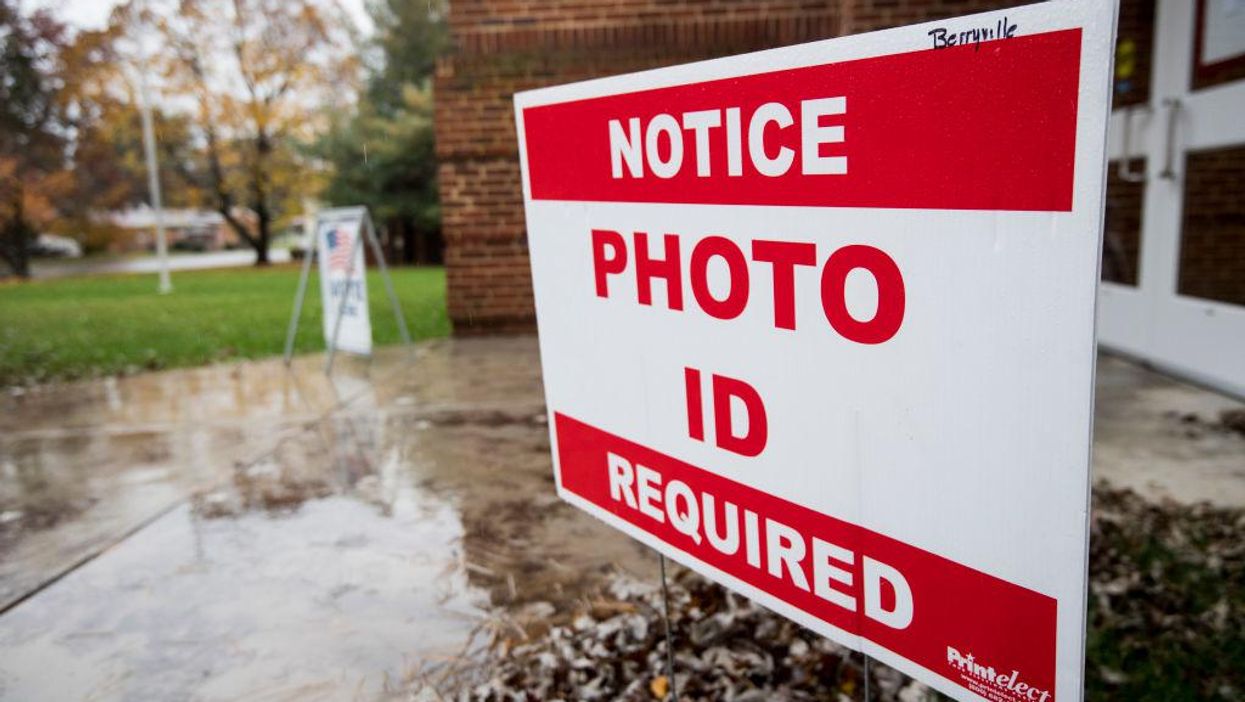 Despite the assertion peddled by Democratic politicians and media pundits alike that voter photo identification laws are racist tools used only to accomplish voter suppression, such laws are the norm across nearly all western democracies as a commonsense means to ensure election integrity.

A recent survey conducted by the Crime Prevention Research Center found that election integrity measures such as voter photo ID requirements — which now are referred to as the “new Jim Crow” by progressives in America — are broadly accepted by democratic governments globally.

In fact, a whopping 46 of 47 European democracies require a government-issued photo ID in order to vote, and the one exception — the United Kingdom — is on its way to becoming the 47th, according to CPRC Director John R. Lott Jr., who summarized the organization’s findings in an article for RealClearInvestigations on Tuesday.

Beyond that, 33 of 38 member nations of the Organization for Economic Co-operation and Development also require photo IDs to vote. Only the U.K., Japan, New Zealand, and Australia do not.

America the Outlier: Voter Photo IDs Are the Rule in Europe & Elsewhere
46 of the 47 European countries require pho… https://t.co/wBt14WFtCV

The U.K., which reportedly already requires voter IDs in Northern Ireland for all elections and in parts of England for local elections, is considering this year legislation that would make photo IDs a national mandate.

Criticisms of the U.K. legislation have been predictably similar to the criticisms of legislation recently introduced by states in the U.S., such as Georgia, Florida, and Texas. In essence, opponents argue that election reforms, and photo ID requirements in particular, disproportionately disenfranchise minority and low-income individuals.

Though it’s strange that progressives in the U.S., who otherwise look to European countries for political inspiration, refuse to recognize what is obvious even to the liberal societies across the Atlantic — that voter photo ID requirements are prudent — it’s not necessarily surprising.

It’s just politics, argues Lott. The economist and former Trump administration official explained that the polemic launched by Democrats is just part of an effort “to make permanent the extraordinary, pandemic-driven measures to relax voting rules during the 2020 elections.”

Under the For the People Act of 2021, recently passed by the House, state voter ID rules would be replaced by a national measure allowing voters to merely submit a signed statement, making “permanent the pandemic’s mail-in ballot voting,” Lott suggested.

He warned: “The mailing out of blank absentee ballots en masse would become a fixture of American elections.”

But for all of the misinformation spewed by Democratic figures, including President Joe Biden, the party has had a hard time convincing the public.

According to a new Rasmussen poll published in March, 75% of Americans support voter photo ID laws, up from 67% in 2018. And it wasn’t only Republicans who reported support for such laws, but 77% of independents and 60% of Democrats ascribed favor for them, as well.