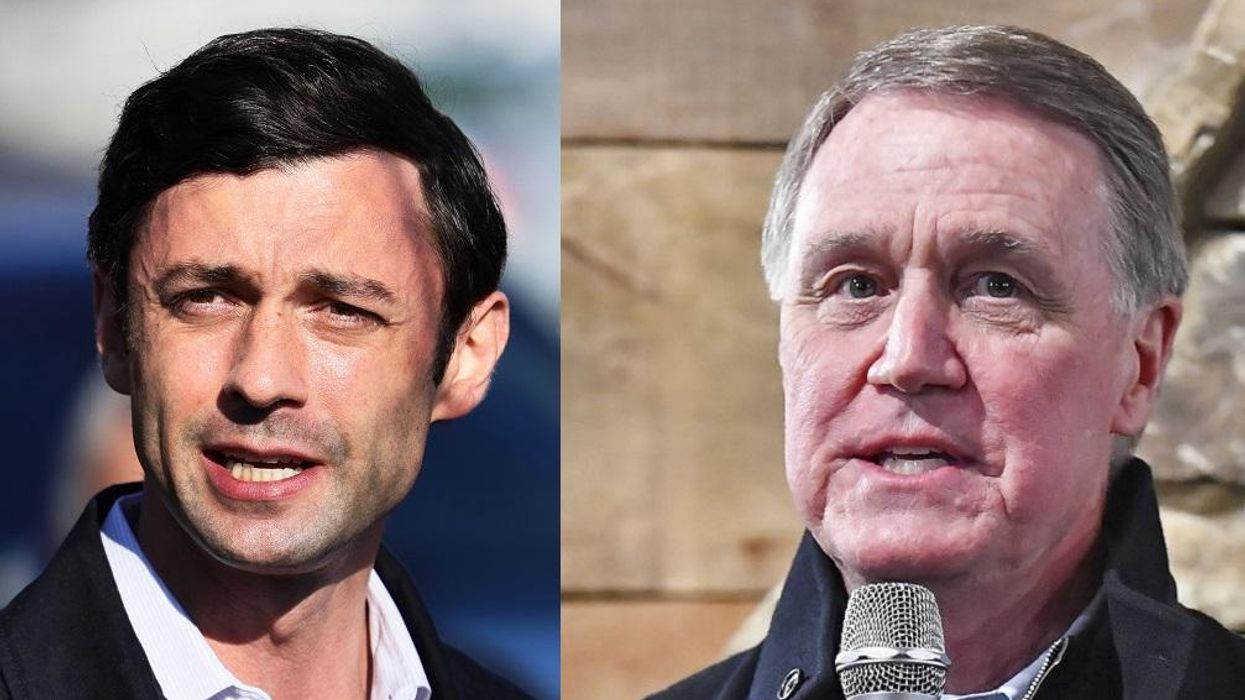 Georgia Democrat Jon Ossoff has been declared the projected winner in his challenge to GOP Sen. David Perdue, meaning Democrats swept the runoff races in the state and effectively ripped control of the U.S. Senate from Republicans.

Late Tuesday night, NBC News and the Decision Desk projected Democratic Rev. Raphael Warnock the victor over Republican Sen. Kelly Loeffler, taking Democrats from 48 to 49 seats in the upper chamber to the GOP’s 50.

On Wednesday afternoon, the Associated Press called the second Georgia runoff race for Ossoff, in what will bring the Senate to a 50-50 split. After President-elect Joe Biden takes office on Jan. 20, any tiebreakers in the Senate will then be decided by Vice President-elect Kamala Harris.

Democrats maintained control of the House of Representatives in the general election, when Biden beat President Donald Trump. While Trump insists the election was stolen, his campaign’s numerous legal efforts to overturn the results have been unsuccessful.

In the aftermath of the Nov. 3 election, President Trump and his allies launched attacks on Republican officials in the state, criticizing the handling of the election while alleging widespread fraud.

Pro-Trump attorneys Lin Wood and Sidney Powell — neither of whom represent the Trump campaign — called for Georgians to boycott the runoff races unless the election system in the state was changed.

Trump urged his supporters to vote for Perdue and Loeffler and campaigned for the pair, but continued to lambast Gov. Brian Kemp (R) and Secretary of State Brad Raffensperger (R), casting doubt on election security while insisting it was rigged.

The candidates’ closing pitches to Georgians, in particular, were overshadowed by disagreement over $2,000 coronavirus stimulus checks and a leaked telephone conversation between Trump and Republican election officials, including Secretary of State Brad Raffensperger. In the hour-long call, Trump pressured Raffensperger to help him “find” 11,780 votes that could buttress his efforts to overturn the 2020 Electoral College results.

As The Hill pointed out:

Perdue’s loss adds to Republicans’ troubles in a state that has been a Republican stronghold for years, coming on the heels of Biden’s victory over Trump there in November. Ossoff’s win, meanwhile, is the latest sign of Georgia’s transformation into a political battleground that neither party can comfortably claim as their own.