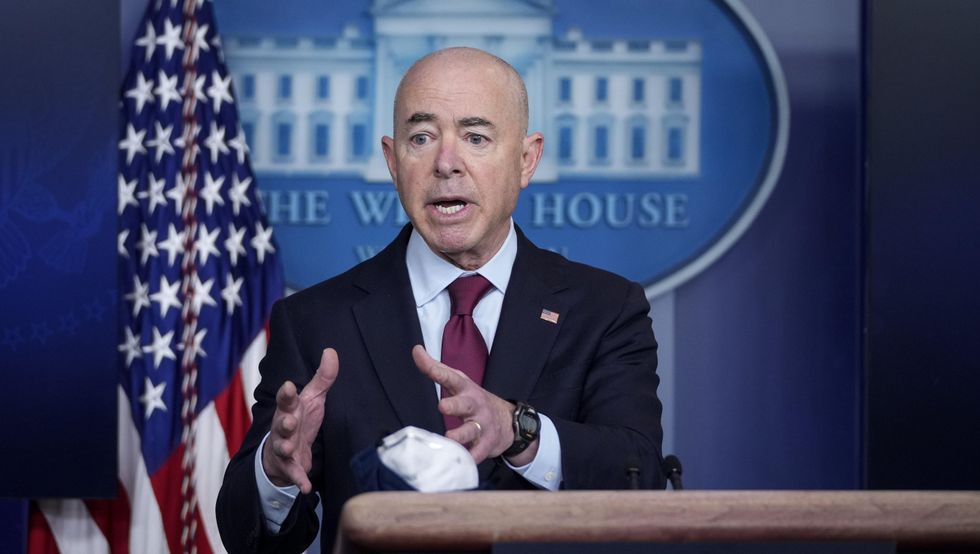 There may be a raging humanitarian crisis at the southern United States border, but Homeland Security Secretary Alejandro Mayorkas wants you to know his department is taking serious claims of “domestic violent extremism.”

Despite facing the largest influx of migrants in two decades that is overwhelming and quickly depleting American immigration resources, Mayorkas made it clear Monday that his department is serious about combatting domestic threats.

In a statement, Mayorkas cited the deadly riot at the U.S. Capitol.

“Recent events, including the January 6th attacks on the U.S. Capitol, have highlighted that domestic violent extremism poses the most lethal and persistent terrorism-related threat to our country today,” Mayorkas said.

“Addressing this threat is an urgent priority of the Biden-Harris Administration and of this Department,” he continued. “We will continue to work with our partners to immediately address it.”

According to Mayorkas, the problem is serious enough that DHS brass will conduct an internal investigation to weed out all threats of domestic extremism that may exist within the DHS.

“As we work to safeguard the Nation and our values, we must be vigilant in our efforts to identify and combat domestic violent extremism within both the broader community and our own organization,” Mayorkas said. “Violent extremism has no place at DHS and we will work with urgency and focus to address it.

What about the border crisis?

Despite the Biden administration’s unwillingness to call the border crisis a “crisis” — in fact, Mayorkas has blamed the Trump administration for the growing migrant problem — a Customs and Border Protection intelligence alert reportedly identified Biden’s policies as one of the culprits behind the ongoing crisis.

According to Yahoo News, CBP dispatched an intelligence cable on April 16 saying the crisis is “largely attributable to perceptions of U.S. immigration policy changes,” disputing the Biden administration’s repeated assertions that problems in the Northern Triangle region of Central America are to blame.

The CBP document obtained by Yahoo News suggests some level of disagreement within the government about what exactly is causing the increase. CBP says that “large group apprehensions,” referring to more than 100 migrants, continue to increase at the southern border, and says the surge is “largely attributable to perceptions of U.S. immigration policy changes, economic opportunities, elevated violence and reduced COVID-19 travel restrictions.”

Indeed, Mexican President Andrés Manuel López Obrador agrees that Biden’s policies, or at least the perception of his immigration agenda, is behind the surge.

“Expectations were created that with the government of President Biden, there would be a better treatment of migrants. And this has caused Central American migrants, and also from our country, wanting to cross the border thinking that it is easier to do so,” López Obrador said last month.